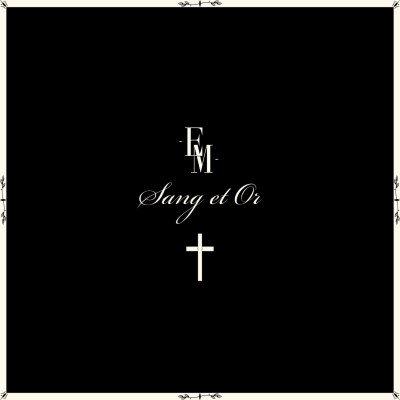 Sang et Or by Erlen Meyer

French bands have a real knack of taking genres and creating something really refreshing without ever straying too far from the blueprint. Adding to this fine pedigree is the sophomore album from Erlen Meyer which follows the critically acclaimed self-titled release via Shelsmusic in 2013. Continuing from that high level Sang et Or mixes tributes to the novels of Agatha Christie and the tales of Alfred Hitchcock to create an unnerving dark atmosphere, which is densely layered with sludged up post-metal and hardcore.

My go-to comparison for this genre of music is Will Haven and there are definitely similarities here, whilst the guitar doesn’t throw up as many memorable riffs the vocal delivery certainly resembles the Sacramento genre masters. Musically, Erlen Meyer branch further out with touches of Scandinavian flavours which are reminiscent of artists such as Breach, Cult of Luna and The Old Wind. This mix of sounds unites superbly well and rewards the instant you push play on opener ‘Coton Cardé’. The atmosphere is built through monastic like chants before the vocals are screamed in clear passionate French. The guitar sets a sinister tone between moments of calm and hammering oppression.

Vocalist Olivier Lacroix puts in a stunning performance to control the attention of the listener as he breaks between screams and venomous monologues to match the ebb and flow of the under lying musicianship. Even without an understanding of the lyrics the tension and atmosphere transferred between the tremolo guitar and wavering vocals is enough to get under the skin and build the songs to crushing crescendos.

Whilst the guitar can feel like a wall of noise in the chorus of songs like ‘Rouge Cardinal’, it is used more as another colour in the palette with which to stain the musical canvas. To go back to the comparison with Will Haven it is really easy to remember the leading guitar riff in songs such as ‘Carpe Diem’ or ‘I’ve Seen My Fate’, but Erlen Meyer use the instrument in a far more atmospheric way so the whole band unit is involved in the creation of the bleakness. Moments on ‘Re Ar Fi La’, ‘Vipèrs’ and ‘Enfer Forgé‘ do seem to have an intent of capturing a memorable riff, but as the vocals come in the guitars drop off and return with power as the vocals raise back up. It is a common aspect of the album but one which shows a great cohesion between the members in creating output that conquers rather that imitating their influences.

In a live environment this would absolutely absorb the audience as its darker moments suck you in before the heavier sections crush you back again. The dark atmosphere is consistent throughout and is developed beautifully between the solid rhythmical backbone. The guitars and vocals both have moments to shine but it is in the moments when all members unite that the beautifully heavy moments consume.