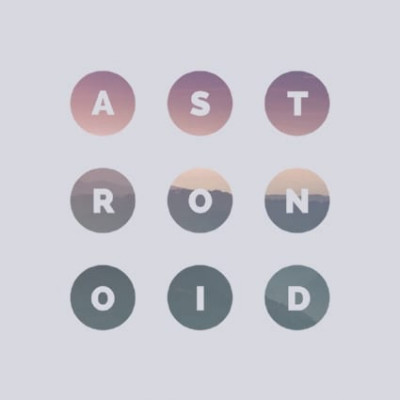 Memories are weird. They are fluid, ephemeral and are sometimes full of such intense emotion, yearning or even pleasure that they are difficult to handle when you conjure them up. Don’t ask me how, but Astronoid‘s music feels like this. The combination of gorgeous, dreamy melody, angelic vocals, mammoth guitar hooks and a heavy, heavy rhythm section drags out of your core a sense of nostalgia or longing so strong that it almost hurts.

That’s not so say that they sound like anything that has come before – except of course their jaw-dropping debut album Air. Indeed, that 2016 release was remarkable because it sounded utterly unique. But they do invoke a sense of wistfulness, somehow – if you can imagine trying to grab smoke with chopsticks, then you may have an idea of what I am talking about.

Amid the post/prog/atmospheric/whatever-metal guitar work, you can detect the same sort of teen ache that Blink-182 achieved when they were at their best – before they started singing about girls and toilets (they did have some stunning moments, before they went terrible). There is even, especially in ‘Water’, a feeling that the best 1980s power ballads engendered (c’mon, you remember…), of seeking something that is just out of reach.

But don’t let the mention of two styles that are firmly on the “guilty pleasures” end of the musical spectrum put you off Astronoid.

This album carries on from where Air left off, albeit with a deeper sense of melancholy – and obviously without the complete surprise and joy that came with the first listen of that album.

The opening two songs, ‘A New Color’ and ‘I Dream in Lines’, could be mistaken as being from Air, with the swirling riff on the former and the exultant chorus of “I’ll be fine” in the latter. Honestly, the final rendition of this line – where the drums break down to half-speed – has made me literally stop whatever I had been doing – even breathing – and just listen on more than one occasion.

The next three songs signify a slight departure in that there is a less intense focus on trying to play at full-tilt for the entire album. Some may criticise the lighter touch or proliferation of mid-tempo songs on Astronoid. But those nay-sayers can carry on worshipping at the altar of must-be-heavy, leaving us to drown in the intensity of this album. The vocals from Brett Boland in the lofty choruses of ‘Lost’ and ‘Fault’ are something to behold.

‘Water’, meanwhile, comes off as the least heavy song on the album, even though it starts with a martial stomp of the twin guitars (they have shed one since Air). There are quiet parts, quasi-religious sounding parts – and a bit that could be from the never-made-and-probably-never-will-be documentary ‘When Air Supply went Metal’.

‘I Wish I was There While the Sun Set’ gets back to the double-kick pummelling that was a hallmark of Air, with another hook-laden chorus of mild heartbreak to fall into.

If there was one small criticism to make it would be that the lovely choruses throughout the album sometimes take their time in getting there. Put simply, the bits in between are less inspired than the choruses. And the album is perhaps one song too long – either that or a couple of songs, like ‘Ideal World’ or ‘Beyond the Scope’ could have been trimmed by a minute or two. Just as long as the breakdown in the latter song with the goose-bump-inducing line of “My hands are on my ears, they won’t stop ringing” is left in. In an album of affecting moments, this refrain stands out most of all. Which is ironic really, because covering your ears is the last thing you want to do when you hear this record – especially when it somehow conjures a memory you never even knew existed.