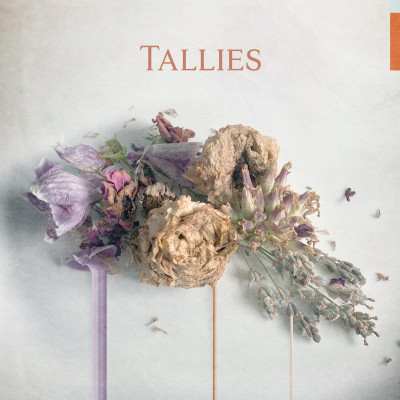 Tallies’ eponymous debut has a few obvious ancestors in its musical DNA. The Toronto four-piece pull together a chilled surf-pop sway, guitar grooves reminiscent of Sonic Youth, and the wall-of-sound density of My Bloody Valentine, combining the lot into a mix that, in the end, sounds very similar to Wolf Alice. It is not, as might be implied by that, the most earth-shattering record in the world.

The advance singles establish the formula Tallies stick to pretty firmly: on opener ‘Trouble’, Sarah Cogan’s airy vocals are pushed into soft focus in breezy, swirly vistas of guitar, a grasp at otherworldly dream-pop which the rest of the album continues to emulate. It’s not a bad formula at all, but it’s not developed very much here. Production accoutrements recur throughout the record – numerous songs end with a similar spacey vocal echoing in the background – and many tracks strongly recall each other, the key and progression of melodies on ‘Mother’, ‘Eden’ and ‘Rocks’ prompting immediate thoughts of ‘wasn’t this one on a minute ago?’.

‘Trouble’ is a strong start to the album, and ‘Have You’ also makes an impact, its hook being one of the catchier amongst these forty minutes, but the best track is ‘Beat The Heart’. It’s the most Tallies stretch themselves, the dynamic range of its structure wider than elsewhere and accommodating much more light and shade; the receding of noise on the verses allows them to breathe and gives the chorus much more punch. The song’s choppy guitar line, even though it sounds familiar, is one of the strongest here, and the vocals on the chorus have a fun, satisfyingly agitated rhythm.

By and large, however, the material here isn’t strong enough to step out of the shadow of its evident influences. Many of the melodies and refrains are unmemorable and anonymous-sounding, and as dense as the music is, it lacks energy; numerous times, space in a song opens out for a guitar riff which doesn’t materialise. The lyrics play in Wolf Alice’s millennial-anxiety ballpark with little vignettes about youth – “I’m nobody, I’m too shy” – but they dance with cliché and are often indiscernible amongst the mixing, which often aims for sonic vastness and ends up sounding muddy. The end of the record is a particular case in point, washes and warps of sound overcoming the music in a way that makes it sound overcompressed.

The pace and musical template that works for Tallies’ singles is well-suited to a surf-pop or indie-rock playlist – and ‘Trouble’ and ‘Beat The Heart’ definitely deserve traction here – but being disassembled for parts by Spotify algorithms is all this album seems to aspire to, adding up to an inoffensive forty-five minutes with little to distinguish it. Tallies have potential, but could do with trying to emulate their predecessors’ ambition, as much as their sound. Still, it’s always nice to be reminded how good Sonic Youth and My Bloody Valentine are.