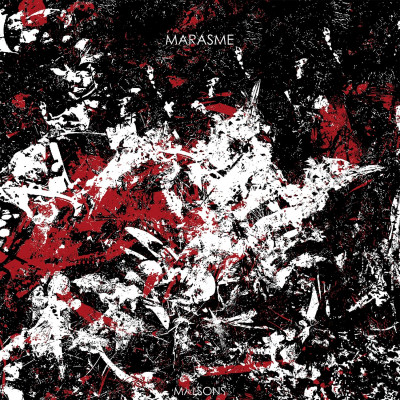 It seems a lot can change in a day at the moment, so that makes the four years since the last Marasme album seem like a lifetime. However, those four years have seen a progression rather than any sharp changes in style from the twisted blend of atmospheric post-metal and post-hardcore which is displayed on third album Malsons. Whilst there are faster paced moments and a hint more metal than before, there is still plenty of atmosphere which makes for another diverse album.

Hailing from Mallorca which is one of the Balearic Isles just off the east coast of Spain, Marasme opt to sing in their native Catalan tongue but produce their written communications in Catalan, Spanish and English. Whilst the press pack didn’t come with full lyrical translations it did mention that the album title means Nightmare in English. Musically these nightmares are faced head on using force and aggression with vocalist Jeroni Sancho being the haunting figure throughout the album. On a solid base of musicianship, Sancho picks moments to bellow with a variety of deep and passionate screams.

Apart from album closer ‘Ruines’ most of the songs are consistent in their mixed music styles. There are a lot of influences blended in the tracks although they all merge seamlessly in the flow of the album. When the guitar begins to ring on ‘Cap Vencedor’ it could be conceived that it will be joined in a black metal foray but instead the drums, bass and second guitar ring in a more solid post-hardcore sound which the initial guitar melts down into. By the time the vocals kick in the black metal thoughts have vanished completely. ‘Malboci’ features sounds closer to post-metal with clean ringing guitar lines and deep rumbling bass that plateau before soaring to a crescendo complete with blast beats.

There is definitely a sludgy feel to the album and even though there is a lot of clean guitar used the atmosphere is quite dark, yet there are a few moments where the doom clears. The mid-section of ‘Condemna’ sees the pace drop as the guitars slowly and delicately work around each other before a soaring riff beckons the vocals back into the mix. Closing track ‘Ruines’ begins with slow violin work and vocals that fall between speaking and singing. The soft, deep rasping vocals are a different beast from the previous tracks and the threat that is lurking bursts half way through the 12 minutes as the rest of the band awakens.

Overtime I don’t think this will beat previous release De llums i ombres as my favourite by Marasme. Overall the sound is more metallic leaning whereas the last album it felt like the guitars washed over like waves. It may be that the theme of this album relies on the sharp guitar sound and harsher delivery or that Marasme continue to evolve with each album; either way this is still a great listen.