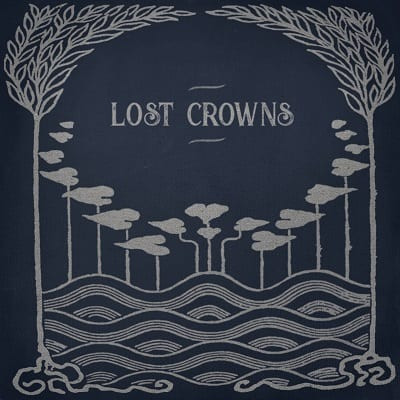 Every Night Something Happens by Lost Crowns

Bad Elephant Music are off to a good start in 2019. And whenever they perk my ears up to hear something good, I would know straight away that it would be at the right moment, at the right time. And one of them is London-based supergroup, Lost Crowns.

Listening to their debut release of Every Night Something Happens, it feels like it was recorded during the sessions for Knifeworld’s Bottled Out of Eden, but also making sure that the styles between the Syd Barrett-era of Pink Floyd, the Rock In Opposition Movement, and bits of psychedelia, flowing very well into the sound and styles of Lost Crowns’ music.

From the opening guitars of ‘Let Loving Her Be Everything’, goes into this parallel universe of the clarinet sounds that keeps moving forward to continue where it left off during Egg’s third and final album, The Civil Surface. Richard sings in this up-and-down scale throughout the lyrics as if he’s honoring the Grand Wazoo’s Uncle Meat-era.

You have these double bass drum kicks that I can imagine Keepsie does which is completely unexpected. Booming pianos and guitar share this unexpected change by entering the door of more cavernous clarinets by sharing this Kohntarkosz moment before Larcombe comes back to earth a-la Robert Wyatt style.

Charlie’s bass on ‘Midas X-Ray’ comes in front and center while Richard channels his guitar style between Roger Trigaux and Frank Zappa. It really shows that both Cawood and Larcombe work together as a team and having each other’s back. Cawood’s bass delves into the space voyages of Chrome Hoof’s work. And it works well that he brings that style to the table of Lost Crowns.

‘Sound As Colour’ is a cross-over between the late ‘70s post-punk genre meets Nektar’s Journey to the Centre of the Eye meets early Univers Zero with a bit of vocalization of The Northettes. The 9-minute opener, ‘Housemaid’s Knees’ delves into this droning and alarming guitar introduction that gives the listener some insight for this sun to rise out of the horizon before the drums and mellotron go into this ominous melodic approach.

Larcombe makes sure that he honors Kavus Torabi by tipping his hat to him and continuing more of the up-and-down sections with some of the Canterbury textures that Richard honors. Now I wouldn’t say that the opening track has a jazz approach, but more of the avant-psychedelic approach and going into the territories of the Pawn Hearts-era of Van Der Graaf Generator and combining with a little bit of Univers Zero and Present’s Le Poison Qui Rend Fou. Richard can play some mean sections while Cawood follows him in hot pursuit along with some of the band members as Larcombe becomes a conductor to follow his signal on where he wants the tidal wave effect on the drums to come in. So far, this is now my fifth time listening to Every Night Something Happens.

I have to say I was very impressed from what I was hearing. It is challenging, complexity, surreal, twisted, and transcendental. Lost Crowns’ Every Night Something Happens is a great introduction to start 2019 off by entering into Richard Larcombe’s vision of Rod Serling’s The Twilight Zone