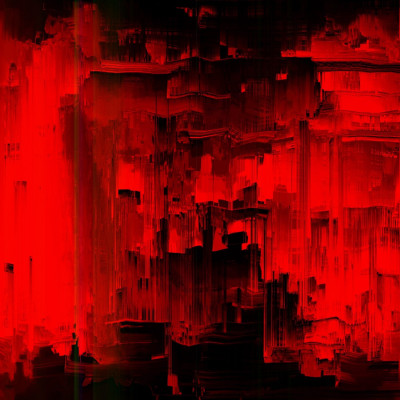 Before getting too far into talking about this record, I think it’s important to revisit Lighteater’s first EP, 2015’s Antique. By chance I happened to hear the record the same day I heard Dumbsaint’s Panorama, In Ten Pieces and Tangled Thoughts of Leaving’s Yield to Despair, both of which helped set the bar for me in terms of musical audacity, scope, and musicianship. But of those three it was the less complex, less musically ostentatious Antique that I listened to the most. That album seemed to hit a listenability sweet spot that few others matched. There was a relaxed pace to it that seemed to counterweight the metal intensity making it a surprisingly good compliment to just about any activity. Three years later, its still one of my go-to records when I want to introduce a person to the post-metal genre.

But that was then and this is now. We live in a very different world – one with a lot more problems and a lot more people that are lot more stressed out. Autoscopy is an album for these times. It has a heavier and more aggressive tone. More Bongripper and less Mogwai. The pace is still relatively relaxed and the heaviness is still often complemented by a sense of contemplative ambience. But the record is more doom, more power, more Galactus-level bigness. It is also tighter and better recorded than Antique, with greater variance in song structure and a lot less predictability in ultimate song direction. As a successor to Antique, it checks the boxes, and as a band, some could have argued whether Lighteater was truly a metal band during the Antique era – not anymore.

The album begins with a doomgaze segment reminiscent of Palehorse/Palerider’s Burial Songs, E&D’s favorite album of 2017. But this just sets the stage for things to come. From there the band’s true intention of delivering a full blown natural disaster scale monolithic bigness are laid bare. Listeners are treated to a standard in wordless cinematic expanse made to music. It’s huge. It’s intense. It’s beautiful, violent, terrifying and magnificent – often all in one song. I say songs, but the “songs” generally progress as a series of movements in the context of a larger piece, with little repetition or revisitation of themes. The songs tend to have a destination in mind – and that destination is big bombastic heaviness. But as much as the music evokes images of large scale natural phenomena there is not much in the way of chaos here, no randomness, no accidents. The music is as tightly controlled, which is an interesting juxtaposition to the layered breadth of ethereal guitars, although at times can come at the cost of organic fluidity.

While the album is consistent in quality, the track that stands out a bit above the rest for me is ‘Steam’ – an excellent example of the band’s ability to weave punishing doom heaviness with an expansive otherworldly ambiance. I know this is stupid to say in a review, but the first time I heard it kept imagining the aforementioned Galactus kicking the ass of Thanos for cutting half his food supply. Why? I don’t know. I tried not to, but the song is just so…big, so galactic. Images of Thanos being bitch slapped with the infinity gauntlet, seared by eye-rays and 10 kilotons of the power cosmic just showed up uninvited. And during the more contemplative quieter parts new images showed up of Galactus giving the bloodied Thanos a bro-hug, explaining that he understands, and that Thanos was probably right from a grand moral perspective, but that he fucked with Galactus’s food supply and no one, under any circumstances should ever, ever, fuck with Galactus’s food supply!

Did I mention that this album is highly cinematic?