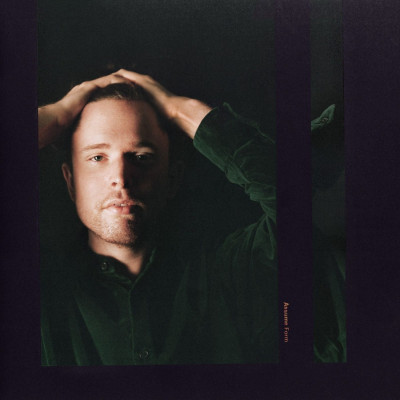 Of the many, many collaborators in James Blake’s contact list, the one he perhaps most resembles is Justin Vernon. Both have distinctively straining, yearning, high-pitched vocals, both twist their chosen genres into strange shapes with delicate electronica and idiosyncratic songwriting, both are remarkably popular for it (Bon Iver currently have more than four million monthly streams on Spotify, and Blake has almost double that) and both have had a surprising amount of work in and around the hip-hop scene; presumably Vernon’s number appears on Blake’s phone between Jay-Z’s and Kendrick Lamar’s. The big difference is that Blake is the more direct of the two, and never more so than on this record.

Assume Form is something of a concept album about efforts to be emotionally forthcoming prompted by a relationship; “heart, tell them what you’ve been dreaming about”, Blake commands himself on ‘Tell Them’. More focused than 2016’s bloated The Colour in Anything, it’s brittle but romantic, not straightforwardly uplifting but still hopeful. Blake cuts an interesting figure, very self-critical but energised by love; “you are my fear of death”, he puts it, on ‘Can’t Believe The Way We Flow’. It’s a mood that fits his musical template well, his songs unwinding with soft piano and beats that brush past the ear.

One of Blake’s strengths is his ability to incorporate very mainstream stylings into his material without sacrificing its distinctiveness. He does so more nakedly here than on any of his previous records, several tracks spilling into hip-hop and working far better than they should; ‘Mile High’ is enjoyably sleek, Travis Scott’s flow complementing Blake’s nicely, and the André 3000-featuring ‘Where’s the Catch?’ sells uncertainty and moroseness while its tempo boomerangs back and forth. Rosalía guests on here too, if any more proof was needed that Blake’s instincts for staying ahead of the curve are sharp.

Despite Assume Form’s theme, though, it’s ultimately more technically interesting than it is moving, a shortcoming Blake’s long been affected by. There is plenty of good material here; ‘Assume Form’ has some lovely feathery piano flourishes, the interplay between the beats and the vocal lines forming the backing melody on ‘I’ll Come Too’ is effective, ‘Power On’ is an interesting, restrained crescendo of resolve, and advance single ‘Don’t Miss It’ is the best and most affecting of the lot, thanks to its regretful lyrics and wonderfully sad instrumental. It is easily Blake’s most immediately gratifying record, but despite all of that it never quite lands on the nerve it’s looking to strike, slight in a way that aims for ethereal and only reaches ephemeral.

James Blake is a slippery musician; his strain of minimalist electronics, R&B-inflected songwriting and crooning voice is fantastic on paper, but his music is easier to admire respectfully than to love. Assume Form is plainly a product of skill and character, but it’s not a dramatic step forward in Blake’s artistry, and is unlikely to win over the unconvinced. Fans of Blake’s material, however – and there are many – will find here a sweet, open-hearted album, containing some of his best work.