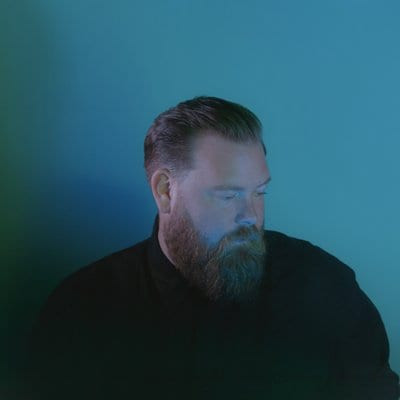 What you hear is a true studio creation with a lot of help from a lot of amazing musicians I’ve collaborated with for a long time. It came together very organically when I dedicated some open time to really finishing it and had some space to think. Sometimes all you need is a bit of room to hear the whole picture.

Renowned producer Randall Dunn has worked with an array of varied artists on their albums. That range of artists that includes everyone from Earth and Steven Von Till to John Zorn, Tim Hecker and Myrkur have benefited from his studio expertise. Now, after working on so many other artists albums. Dunn has just released his first solo album Beloved.

We caught up with him to talk all about the album, it’s themes and creation, his storied production career, proudest moments, who he would like to work with in the future and working on the soundtrack to the Nicholas Cage film Mandy.

(((o))): Your new album Beloved is out now, How did the creation of the album go?

The production of the album was spread out over many sessions and a few years. What you hear is a true studio creation with a lot of help from a lot of amazing musicians I’ve collaborated with for a long time. It came together very organically when I dedicated some open time to really finishing it and had some space to think. Sometimes all you need is a bit of room to hear the whole picture.

(((o))): Who did you work with on Beloved and what did they bring to the albums sound and vibe?

I worked with Timm Mason, a longtime collaborator. Timm really helped me design many of the analog synth sounds I wanted to make. There are a variety of other musicians on the record I find compelling, including Frank Fisher (Algiers), ‪Zola Jesus‬, Jeremiah Cymerman, Ulfur Hansson, & the incredible contrabass playing of John McCowen. Each person brought something wholly unique to the vision of the record and I feel grateful for their involvement.

So far, the reviews I’ve read have renewed my faith that some music journalists are still listening deeply.

Many themes comprise the album’s concept. Attachment, realization, meditation, and disassociation. It portrays a heavy time of change in my life and I’ve tried to embrace it for all of its parts – good and bad – in the sound of the record.

(((o))): Beloved is your debut solo album, was it a conscious decision to wait until this point in your career to create and release the album?

It was not conscious at all to wait this long. Releasing a debut solo album at 44 is almost comical. So many new things to learn about the capitalist aspect of releasing an album these days. I feel lucky at this point in my career I’m not looking for validation. I think it’s hard out there for younger artists. Mostly, it took me this long to make something good.

(((o))): Will you be taking Beloved in the road for any live dates?

There are some options I’m looking into, but I’d only like to do it if the circumstances and sound can be brought to life in a way that’s respectful to the material.

(((o))): How did you come to work with the late, great Johann Johannsson on the Mandy score and what was the experience like?

I was working with him on another project when this film came up. He made an obvious link between what Panos wanted to do with the film and some of my work with metal bands he was familiar with. The experience was extremely intense and hard work.

The film itself is emotional for me to watch. I feel very lucky to have been involved in Panos’ vision and extremely happy with how it’s been embraced. I think Panos is an incredible director and we are just starting to see what he’ll create.

(((o))): Will you work in any film scores or soundtracks again in the future?

I’m open to it. I enjoy it very much and it’s definitely something that’s been in my life a long time.

(((o))): Your production career is renowned, how did you get into production in the first place?

I moved to Seattle to study sound design for film in the mid-1990s and accidentally happened upon a thriving free improv jazz scene. It made me pick up my saxophone again and sidetracked me into a long career embracing music as a creative medium.

(((o))): You have produced  a varied selection of cars from SunnO))), Earth and Wolves In The Throne Rome to Marissa Nadler, ‪Myrkur‬ and ‪Anna Von Hausswolff‬. How do you get into the vibe with each artist or does it depend on who you are working with?

Everything is dependent on who you’re working with and what material they’ve written. I try to listen deeply to what the artist is saying lyrically or instrumentally to gain insight into the emotion of what the recording should be. This is completely dependent on a productive and open relationship.

(((o))): The list of things you have worked on in very impressive, how do you find the time to work on so many different projects at once or do you concentrate on one at a time?

I prefer to be present when making each record. Sometimes things overlap but I’ve learned how to compartmentalize. As I get older, I find that I like to get deeper into things so there’s less overlap than they’re used to be.

(((o))): What has been the proudest moments of your production career so far?

A little known record called Voices by the jazz violinist Michael White who played with Pharaoh Sanders and ‪John Coltrane‬. I got to record him alongside one of my favorite musicians, ‪Alice Coltrane‬’s bassist ‪Cecil McBee‬. There was a moment with each of their instruments when I mic’d them up and went into the booth to listen and realized they were both playing the same instruments they were playing on those classic records. The lessons and conversations I heard while making this record were life altering.

(((o))): Who are your biggest influences both as a musician and as a producer?

Sometimes the people you work with repeatedly seep into how you think about music and play your own instrument. Stephen O’Malley has been one of these people in my life. Creating music with him over the years has been educational to my listening. Another person I truly love is ‪Daniel Lanois‬. I relate very much to how intertwined his making of music in the studio is to his playing. He has created some of my favorite music. Other than that, I would list ‪Eliane Radigue‬’s synthesizer work as a huge listening lesson and also a lesson in restraint.

I would love to do a record with Swans, Islam Chipsy, ‪Tinariwen‬, and Rob Lowe. Just to name a few.

(((o))): Are you working with anyone at the moment or any projects that are upcoming that you can tell us about?

There’s always something being worked on. Nothing I can speak about at the moment.

(((o))): What was the first album that you ever bought and what effect did it have on your life?

The first album I remember purchasing was the Twin Peaks soundtrack around the time the show premiered. It, of course, had a deep impact on me as well as the psychology and aesthetic of the show. I still think it was why I subconsciously moved to Seattle, Way more-so than grunge.