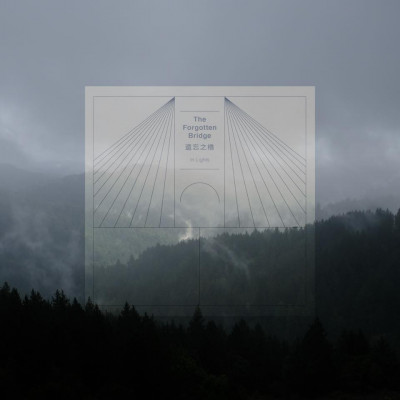 The Forgotten Bridge by In Lights

As the frigidity of the winter wind compels most to stay snug at home, it also gives some of us time to catch up with the winter releases that we might have missed in the frenzy of December. For the pleasure of the disciples of post-rock, one to take heed of would be an EP released in December, 2018 by the band In Lights. This is a six-piece instrumental post-rock band based in San Jose, California. Derived from the concept of an ancient Chinese myth, that the dead go through an ordeal of crossing a bridge to redeem their malicious souls, annihilate the memories of their past life and be bestowed with a purified reincarnation, the album has been named The Forgotten Bridge. The befitting geometric artwork by Zijie Wu matches with the mathematics of post-rock maintained in the three tracks. A very methodical attempt after their 2017 release which was a LP named This Is How We Exist and also quite contrasting to the vibrancy exhibited in their single from 2016 named Spring. In this release we feel the vibes of acts like This Patch of Sky and Hammock deeply ingrained in the engaging architecture of the pieces, making this album a good pick from our 2018 post-rock chart.

The EP starts with the track named ‘Mostly, you saw nothing’ that is a manifest of how overwhelming is worldly existence. It starts on a soothing note beckoning you into a blissful sphere of tranquility. The mildness of the drums is quite apt along with the onset of the comfortable play of the keys. It almost as if walks the audience through one’s motley life events. A little refining with the mixing in this part could have elevated the joy of this affair. However, we are soon met with similar soundscapes like that of We Lost the Sea with the tremolo melody in guitars and the sublime piano patch played by Jiangnan Shangguanhad. Sans the shakers and the clink of the tambourine the chronological voyage in the narrative is well demonstrated. Li He who is also the founding member of the band undertakes the climax with his laudable guitar work making this section the pinnacle of this track.

The second track named ‘Clouds’ just like its namesake is a trail through unchartered emotions like that of the clouds, illustrating the volatile nature of the storm and its comparability to that of human life. The Mono-ish intro seizes your attention and adding to the resonance of an immersive experience is the subtle drums played by Long Jin and the pensive bass notes played by Ted Pedersen. The transition is quite intricately fabricated with the introduction of the keys, making the sound amble in a safe space of post-rock. A very brief moment of distraction transpires when the unanticipated and perplexing swell of the tempo reminds you of the Gaelic folk styles of triggering a rhythm. Nonetheless this short phase of hysteria is salvaged with the appeal of the guitar. ‘Clouds’ is a track gripping with myriad emotions and the arrangements rightfully adjust to it.

‘Memory (version B)’ which is the final track is in fact an alternate version of ‘Memory’ from their LP named This Is How We Exist released in 2017. This track is immaculate making it a highlight track from this EP and a delight for all post-rock lovers. String instruments had a cardinal stance in Chinese traditional music and we see that remote influence in this track with the inclusion of the phenomenal violin played by Tianyang Wei. The song unhurriedly walks into a well of melancholy with the softness of the strings. Add to that a spatter of Godspeed You! Black Emperor et viola! An outstanding track that almost transcends you to the Forgotten Bridge itself, where you are caught in a quagmire and battle your disassociations with the agonies and the demons of your past. The violin melts down impeccable and the guitar played by Bosen Li makes this track a symphonic quality experience.

In Lights recently joined the 1724 records and have already received accolades for their last two releases, placing them in similar platforms with GIAA and This Will Destroy You. They are already working on new music which will be due to release this year. With faithful listeners of this genre having to contest their choices, and the escalating number of post-rock artists emerging from diverse regions of the world, it is challenging to make a mark, but fortunately In Lights stitches into the scene seamlessly. 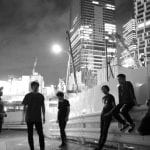 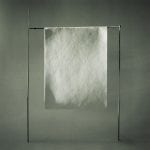 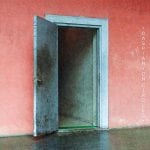