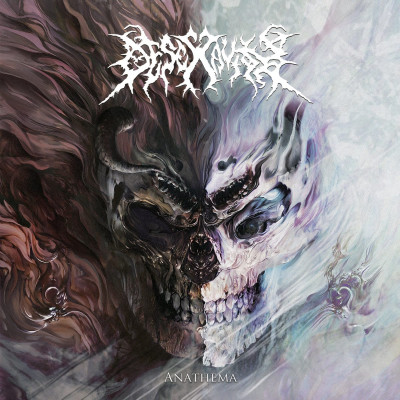 Technical death metal is one of the more maligned and ignored subsets of heavy music. It is frequently ugly, atonal and… too darn technical for its own good. At its worst it is like grindcore for people who think they are clever, or prog for over-caffeinated misanthropes.

But when it is done well, it can be breathtaking. And Desecravity do technical death metal very, very well indeed. They do it as it should be done: dizzyingly, quickly, furiously – but with the musicianship and songwriting to make it monstrously heavy and yet still listenable. This is the Japanese quartet’s third album and it is billed as the band returning to their “filthy, pulverising, classic and ultra technical sound”. I will have to take their word for it, as I have never heard their previous records.

It begins with an ominous violin-led intro to the opening song ‘Aeons and Ashes’, an instrumental which is dominated by a martial chug-chug-chug of guitar. It gets messy – and stays that way for the rest of the album – with the next song, ‘Impure Confrontation’. It begins like a free jazz song, but if Ornette Coleman chose flying-V guitars instead of a saxophone, before smashing us over the head with blast beats and throaty roars. However, among the hurricane of noise, there is some semblance of groove hidden within. And the extremely brief interludes of clean guitar (blink and you’ll miss it!) release the tension just enough to enable the listener to dive back into the maelstrom.

This theme is repeated throughout the album, which is barely half an hour long. Such as in ‘Ominous Harbinger’, which begins with Krisiun-style uncut death, before lurching over to a level of ferocity that approaches powerviolence, then back to regular death. And the musicians somehow not only manage to keep up with each other, but also throw in flourishes like bass player Daisuke Ichiboshi’s impossible arpeggios on his five-string instrument, or drummer Yuichi Kudo’s zillion-beat fills.

Then there is the guitar work, performed by Yujiro Suzuki (who also roars) and Yuya Takeda. Make no mistake, these guys can play. But as we have seen from the days of Frank Zappa to whoever played the piano on that ghastly song I heard on the radio last week, it doesn’t matter if you have the best musicians in the world if you ain’t got the songs for them to play.

And Desecravity do. Goodness knows what Suzuki is roaring about (it could be a dissertation on the merits of Tonkotsu ramen, for all we know – but with titles like ‘Bloodthirsty Brutes’, it is not likely), but he spews out his words in a rich bark. Yes, as odd as it may seem, vocals are important in death metal.

And tempo changes are frequent enough to keep you on your toes but not so often that your brain splits in fragments – and every so often the band break down into a groove that Gojira would be proud of, like in ‘Devoured the Psyche’, where the bassline could almost be funky. Almost.

A word should be said about the production, by Dan Swanö, the former Edge of Sanity vocalist. It is crisp and allows every note of every instrument to be heard – a necessity when there is this much going on in the record.

There will be those who shun anything with the label of technical death metal slapped on it – understandable, in the main, because there is a lot of noise out there – but you would be missing out if you overlooked Desecravity. If it helps, think of it as a really, really loud, super-angry, from-the-pits-of-Hades jazz record. 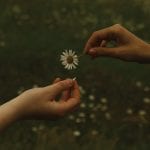 Goldmund – The Time It Takes