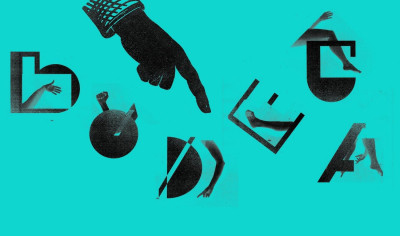 The goal of our band has been to find new rock song form(s) to express and document our experience and of course we have been influenced and inspired by rock music from the past (as all song makers have ever been) but his arguments really make me wonder if we could be trying harder to create more novel sounds. Then again, novelty for its own sake, strikes me as equally late capitalist. Conundrum...

All over the radio since the release of their first single, ‘How Did This Happen?’ in early ’18, Brooklyn based BODEGA have been compared to all manner of bands from Kool and the Gang to The Fall, with both having a good point! Hailed by the NME as the ‘best band’ of SXSW ‘18 (1), their album Endless Scroll was released in the summer and excitedly received with pretty much universal enthusiasm. Evoking post punk art rock and bringing to mind (for me) bands like Talking Heads, Television and Devo, BODEGA remind that music, whether live or recorded, is performance art.

In Lipstick Traces Greil Marcus joins up Dada, the Situationists and Punk as movements that creatively disrupted and exposed their contemporary cultures (2), in any revised edition BODEGA are going to have to figure as the continuation of that lineage as they critique/document/expose (post) modern life with incisive, intelligent self awareness. Guy Debord’s multi faceted concept of ‘the spectacle’ included the critique of culture as mediated experience and BODEGA draw attention to the continual increase in that mediated non immediacy while also pointing out the mutually constitutive relationship between algorithms and subjects. And all that embedded in songs you can move to and that stick in your head for days!!

Excited by a band that manages to combine art theory, cultural insight and post punk sensibilities I contacted them to see if an interview was possible, Ben kindly obliged.

(((o))): Could you give us an overview of BODEGA? Had any of you been in bands beforehand? Did I read a couple of you were in Bodega Bay?

BODEGA’s first show was July 30, 2016 at Alphaville w/ David Peel (R.I.P.) Me and Nikki started the group a month before that (we quickly found an ally in Montana and shortly after Madison joined on bass). That four-piece was interesting for its simplicity but the current lineup really started to click when Heather joined and Madison moved to second guitar. Most of the songs for ENDLESS SCROLL were written (melody plus chord changes) before this band played together but the five of us worked hard to sculpt and rearrange the songs to find a particular BODEGA-sound. Madison in particular was instrumental in deconstructing our first ideas and honing the unit’s process. I had a previous band called BODEGA BAY (that Nikki was also in and Madison occasionally involved with) that was philosophically similar to our new band. BODEGA BAY was a playful critique (and celebration of) DIY rock culture from the inside ——> BODEGA carries on that same kind of mentality but a key difference might be that the new band is slightly less parodic.

(((o))): What sort of influences were you drawing on as you formulated the concept of BODEGA? In an interview (3) it sounded like you had a pretty clear idea of what you wanted the band to be from the start or was it a little more organic than that?

I always say that nothing was ‘organic’ about BODEGA. We sat down and talked quite a bit about the kind of music we wanted to make. All of our gestures were pre-planned. Now that we have been playing for a while, songs are written through more traditional modes of ‘jamming’ but we can only do that now because we are so familiar with the ‘rules of the game.’

(((o))): Montana is an established visual artist and runs Idio Gallery, you and Madison worked at film school together (3)-does the band generally have a background in the visual arts-has involvement in other art forms influenced your approach to music and presentation?

All of us do art outside of music (we all have a background in cinema —> with a heavy emphasis on post-production). I also am a narrative filmmaker ——> if you want to check out some of my films (plus one directed by Nikki) here’s a link —>  http://pretoriuspictures.tumblr.com/films. Many of our songs are about visual media and our approach to thinking has certainly been shaped by a cinematic consciousness. Nikki is the ‘art director’ for the band ——> she made the sculpture on the cover of ENDLESS SCROLLand directs all of our music videos.

(((o))): Some of the NY No Wave artists of the late 70s had wider artistic backgrounds (4)-do you feel an affinity with that movement at all?

Yes. I think it’s natural that artists express themselves in more than one medium. It’s just more fun —> I often get great ideas for songs when I’m working on a film (and also get great cinema ideas when working on a record). I always say : ‘You listen with your eyes and see with your ears.’

(((o))): What does the creative process look like in BODEGA, is it very collaborative or is there one main songwriter for each song?

I write my songs and NIkki writes hers (first with just melody+words and a very crude rhythm track —> often an acoustic guitar). Then our ideas/tunes are brought to the band and shaped into something more BODEGA-esque. Madison often takes charge in the second phase of arranging/sculpting/editing.

(((o))): Part of BODEGA’s post modernist appeal is your willingness to highlight the performance of urban life. Social commentary as an act of cultural resistance?

Well put. It’s certainly not enough but it’s a powerful gesture to say ‘We are individuals and we don’t consent to (all) the way things are.’

(((o))): Your songs document the reconfiguration of our internal and external lives by digital technology, ‘Bookmarks’ seems to explore the question of which has become an extension of the other, did you reach any conclusions?

Often we don’t think but are ‘thought’ by the medium(s). For example the kind of thoughts my brain has when scrolling Twitter is not the same kind of thought I have when talking face to face with a friend over a bottle of wine. Most behavior is chameleon-esque. That’s the danger of over-exposure to vapid media : You become vapid yourself.

(((o))): You played a benefit gig in late October for Justice Democrats, could you tell us a bit about them? Would they be roughly equivalent to Momentum in Britain?  Are they an organisation you have had an ongoing involvement with?

I don’t know enough about Momentum to compare but Justice Democrats is a very pragmatic group that is after (slow) radical change through old traditional means of politicking. It is mature, not glamorous and seems like the best approach we have in the US to deal with our very ill system. BODEGA usually doesn’t engage with ‘party politics’ —> our music doesn’t exist to endorse policy or politicians but we make exceptions when a cause seems worthy.

(((o))): Has the election of Trump as President had a galvanising effect on the left in USA, has it created a new sense of urgency? Justice Democrats seem to be very pragmatic, accepting the hegemony of the two party model and working within that. A new realism?

That’s exactly what it is.

(((o))): I found ‘Jack in Titanic’ and ‘I am not a Cinephile’ really interesting takes on the search for cultural resources in the construction of self-what resources are you conscious of drawing on in your own lives?

I consciously am always creating my ‘self’ in the shadow of my artistic heroes (Godard, Cassavetes, Mark E Smith) but culture works in mysterious ways on the subconscious. I wasn’t aware I was emulating ‘Jack’ until many years later. I doubt my conscious choices are as ‘in control’ as I think they are.

(((o))): Endless Scroll is lyrically preoccupied with the dominant role of digital technologies and screens in our lives. Is that something that concerns you, that so much of life is mediated to us?

Yes. People tell me all the time that they like the joke of #Endless Scroll. It’s not a joke. It is funny but it is no laughing matter.

You can knock the hustle.

(((o))): The Situationists talked about the importance of creating situations of direct participatory experience (to counter the spectacle) and the revolutionary nature of play-would those ideas inform your live shows at all?

(((o))): Does the speeded up, ‘information overload’ nature of a digital society make it harder for new bands to be heard in a society constantly distracted? As in the Sisteray video ‘Algorithm Prison‘ or does it create as many opportunities as challenges?

That video is hilarious —> it certainly hits the nail on the head about the loneliness of the smartphone era but I have to say that the vid also indulges in a bit of rock fascism. A show is not for an audience to be subservient to the performers on stage. Having a microphone does not make you more important. An audience has the right to ignore a band or find their fun wherever they want (whether that’s in dance, conversation, drink, zoning out, or in a book or phone). When I see an audience member looking at their phone while singing, I don’t judge them. For all I know they could be looking up something about one of our songs OR finding out a loved one is in the hospital.

(((o))): What writers have influenced your thinking? Can you give us any pointers to writers/musicians/artists you’ve been enjoying lately?

I recently read Mark Fisher’s Ghosts of my Life. One of the main ideas of the book is an examination of his ‘nostalgia for a lost future’ (not the past) that no longer involves the principles of pop modernism, ie. a belief that culture and art forms will evolve in a linear fashion expressing the zeitgeist of the time. I always personally identify with modernism and Fisher’s analysis of its demise certainly strikes a nerve in me. The goal of our band has been to find new rock song form(s) to express and document our experience and of course we have been influenced and inspired by rock music from the past (as all song makers have ever been) but his arguments really make me wonder if we could be trying harder to create more novel sounds. Then again, novelty for its own sake, strikes me as equally late capitalist. Conundrum…

We will have a new EP out soon that we recorded in December. I can’t wait for people to hear it. We will be touring Europe extensively. Here are the dates we have announced:

Big thanks to Ben for his time and thought provoking words, get to see them if you can and check out their album here