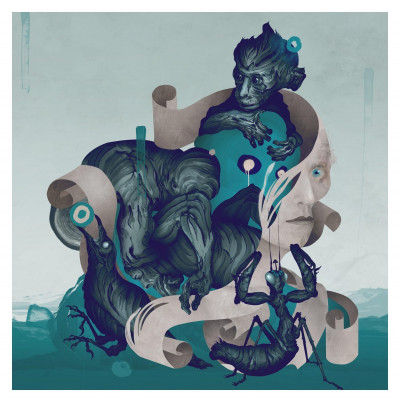 Self Zero by Thomas Ragsdale

Thomas Ragsdale is one half of acclaimed electronica duo worriedaboutsatan and when given the opportunity to listen to more music created by either of these dudes it was a no-brainer. These guys have got the trancey/blissful end of the UK electronica scene sewn up as far as I’m concerned. The quality of their output is unquestionably good with every release, and they’re just so prolific as well. It’s all good!

On Self Zero Thomas has taken a slightly more laid back approach. A lot of it is beatless; instead, strong melodies are used to carry each the track along. First track ‘Prophet Knoth’ takes a simple arpeggiated keyboard melody and runs with it. Swirling ambience creates atmosphere and the whole thing is lifted to a higher plane with a pared-down approach and lightness of touch. Other tracks follow a similar vein, such as the sublime ‘An Error Occurred’. The early part of the album envelops the listener like a warm bath. At first, this is feel-good electronica with a trancey twist.

The press release hints at a darker underbelly to the inception of the album, referring as it does to savage primal urges, and while writing, Thomas channelling the likes of Sunn O))) and Blanck Mass. Later tracks like ‘Teet upon Teeth…’ and ‘Jamais Vu’ do hint at this angst. ‘Teet…’ has a brutal undercurrent that shines through when the thumping bass kicks in in the latter stages of the track. Follow-up ‘Jamais Vu’ has a dark, Vangelis-like feel to it.

Whatever the motivation, in Self Zero Thomas Ragsdale has produced a very fine album of minimalist electronica that gives more on each listen. Highly engaging, there’s nothing not to like. A damn fine album.