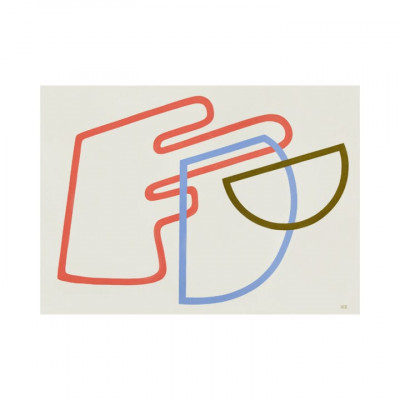 On Reflection by Selling

Selling? Selling what? Derwan Dicker – or, as he’s better known, Gold Panda – and Jas Shaw, of Simian Mobile Disco, dispel none of the impression that they’re drawn to confusing monikers with the name of their new collaborative project. At least it isn’t animal-themed. Their debut full-length is more stripped-back than either artist’s usual efforts; On Reflection’s sonic template is one of repetitious, sing-song melodies and soft textures and beats, all shifting so gradually as to be barely perceptible. Tonally, it’s closer to later Gold Panda than early, but more meandering and relaxed than his usual clattering, disjointed sound, while the synths recall Shaw’s main project but less punchy.

It’s a strange record; on the one hand, it feels like a dive into experimentation, but on the other, it’s very formulaic. Every track hits the same structural beats, which become clear very fast: a quiet opening, into a slow build-up, a drop or shift in timbre about halfway through, before dispersing to a close. Thanks to its slow escalations, it’s not an energetic listen either, instead feeling ambient and floaty, but whether that was the intention or not is hard to discern; the melodies are bright and occasionally groovy, but more often they’re slippery and irregular, resisting becoming catchy or hummable.

The strongest points of the album, then, are when the synth textures harmonise with the relaxed vibe. ‘Keeping Txme’ is a highlight; its shifting, escalating and de-escalating refrain is reminiscent of lower-fi Orbital, loose, chiming and pretty, and probably the most successful synthesis of Selling’s gentle, dreamlike vibe. ‘No Reflection’ works well too, one of the most interesting sounds of the record found in the softly thrumming notes of its hook, and the ringing, echoing notes of ‘Moon in Water’ are also among the prettiest here.

Despite this, On Reflection ultimately seems like it has little to say for itself; Dicker and Shaw are talented composers of electronica, something borne out by this material, but as a forty-minute listen it’s slow and repetitious. The understated hooks and formulaic structure undercut the strongest material – ‘Dicker’s Dream’, the most drawn-out of the bunch, particularly suffers – and exposes the weakest: ‘Mirror Can Only Lie’ and ‘Phone Call From The Future’ form a particularly aimless midsection, their darker textures sitting oddly with the rest of the record. It never quite grasps the hypnotic air it reaches for, and it must be said, both artists here have produced work with greater urgency and innovation.

There is chilled-out fun to be had here, but On Reflection comes across like an extended jam session between friends, rather than a cohesive project. Dicker and Shaw unmooring themselves from their primary bodies of work has certainly given them the opportunity to try something that wouldn’t fit well under either umbrella, but it doesn’t translate to them pushing themselves; it’s a shame, because they’re fully capable of creating techno which sounds individual and adventurous. Still, it’s interesting to hear them indulge the scribbles in the margins of their musical notebooks.