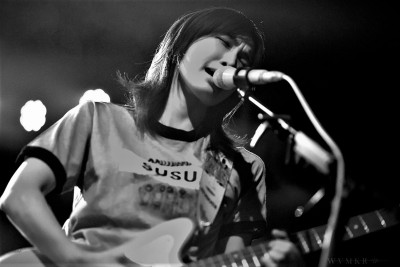 If you’ve ever kindled some interest in Japanese animation or Japanese Cinema, there’s a good chance that you’re familiar with the term “Sugoi”.  Commonly written in its simplified Hiragana form すごい, the term is most commonly known to westerners as an exclamative term, used to denote something “impressive” or “amazing”. However, many seem to overlook the double-edged meaning of the term. Indeed, “Sugoi” written in Kanji form is spelt 凄い, with ‘凄’ translating to “horrible”, “threatening”, and can very well be used as a superlative to emphasize negative things. To any non-native speakers who were oblivious to this, please take a moment to reflect on your past conversations with your Japanese friends. Polite though they may be, one must not exclude the possibility that all of those compliments you’ve been receiving might have in-fact been warnings, pleas or simply remarks regarding your shit fashion sense or rancid body odour. I will now make a paragraph break. You may make use of this momentary interruption in the body text to shower, cry or record as many screaming voice messages as you may need. I recommend doing all three at the same time if you’re lucky to own the latest generation of waterproof iPhones.

Bearing this fact in mind, I entered London’s Scala with pricked up ears and senses tuned to pick up on any Sugoi activity going on, whether good or bad. If one expects to be spooked when entering a spooky castle, it sounds only fair to expect enjoyable “Sugoi” music to come out of this second day of Enjoy Sugoi Festival. 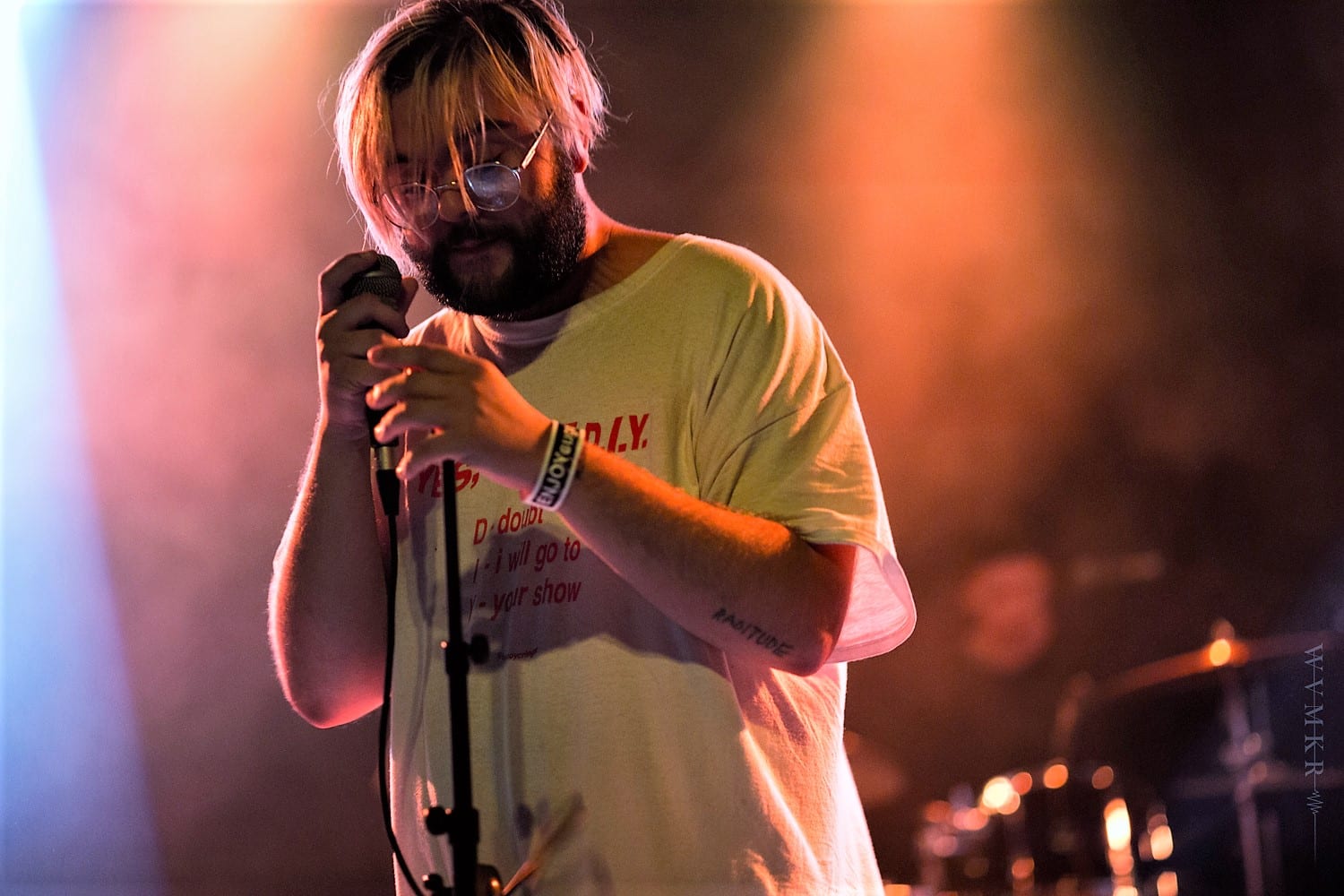 Itoldyouiwouldeatyou certainly fit the part with their cannibalistic band name, for starters. Fresh with the enthusiasm of a band having just dropped new material, the UK-based outfit did a great job winning over the more punctual music fans scattered across the room with their noodly, angst-fuelled indie-punk tunes. Give me some snappy, syncopated drumming, some twinkling, clean guitar-melodies and some sweet, dramatic vocals and my heart is sure to melt like dropped ice-cream on a sunny, yet sad, summer day. I, for one, was sold, so much so that I felt the urge to catch up with the band after the show to tell them how great their set was, and how long I had waited for a chance to finally see them live. I would have probably looked weird, for I had never heard of them before, and the band had only just released their debut album two days prior. Great emo of the old-school variety will do that to you; they will leave you feeling gripped by nostalgia, specifically nostalgia for “good old days” you probably never lived. It didn’t matter though, because for thirty minutes I was convinced I was a 90s kid wholeheartedly delving back into the soundtrack of his sweet early teens, and that alone sounds pretty “Sugoi” to me. 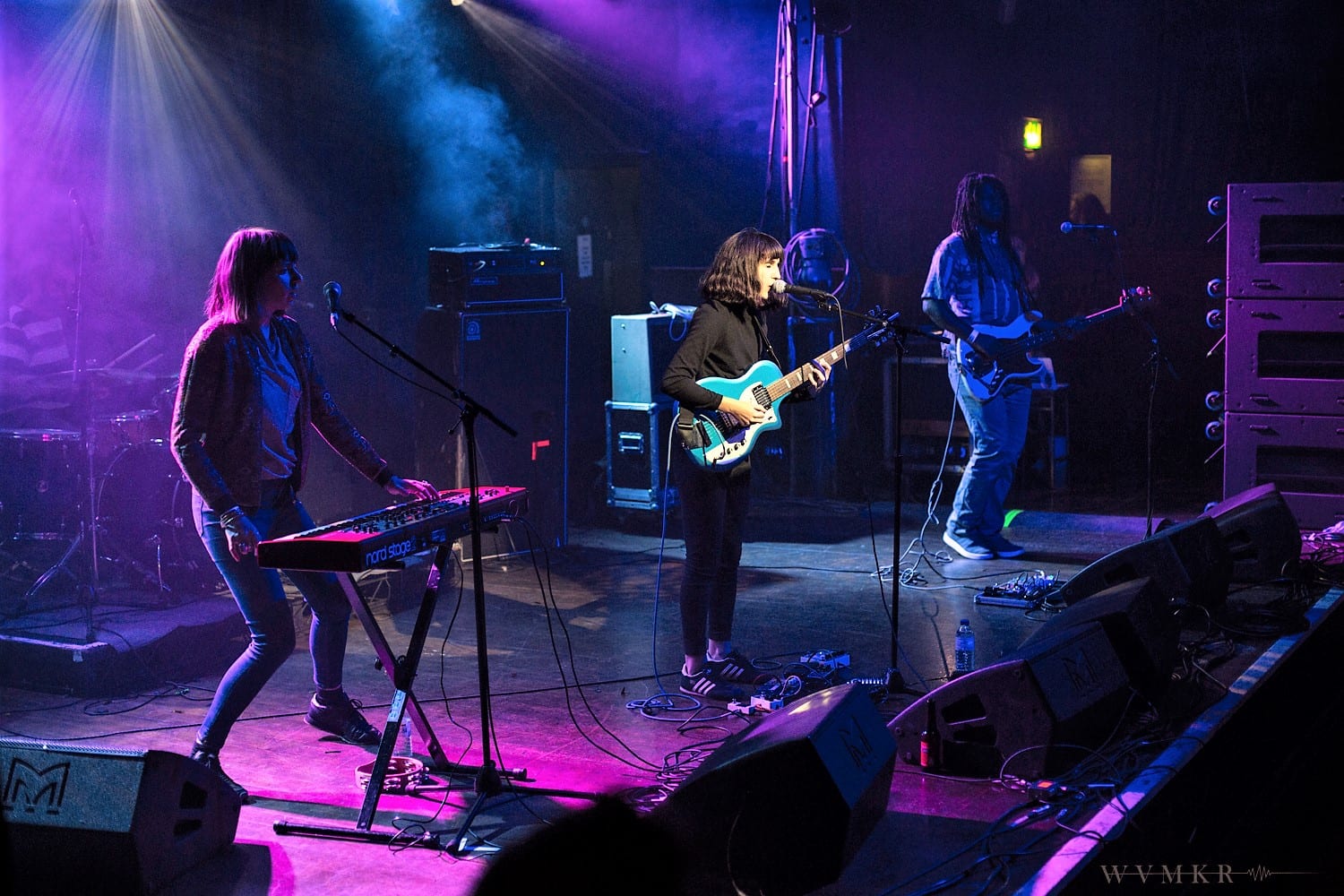 The quartet known as Yumi and the Weather certainly was a bubbly bunch. Led by the talented and animated Ruby Taylor on guitar and vocals, the Brighton-based outfit certainly did put a smile on more than one face with their half-hour set. The mix of indie-pop and new-wave sound textures did not convince the majority of the crowd from the get-go, but the atmosphere eventually loosened up and flourished into a festive mood once the band came into their own. Perhaps the most infectious in this passionate delivery of upbeat, bouncing pop-tunes was the dance of the band’s keyboardist and backing vocalist, who caught the crowd’s attention with her boiling enthusiasm and positive vibes. Though I may not feel the urge to check the band’s music, I certainly did enjoy the vibrant energy that the four musicians managed to conjure up through their stage presence and endearing personality. Close, but no Sugoi. 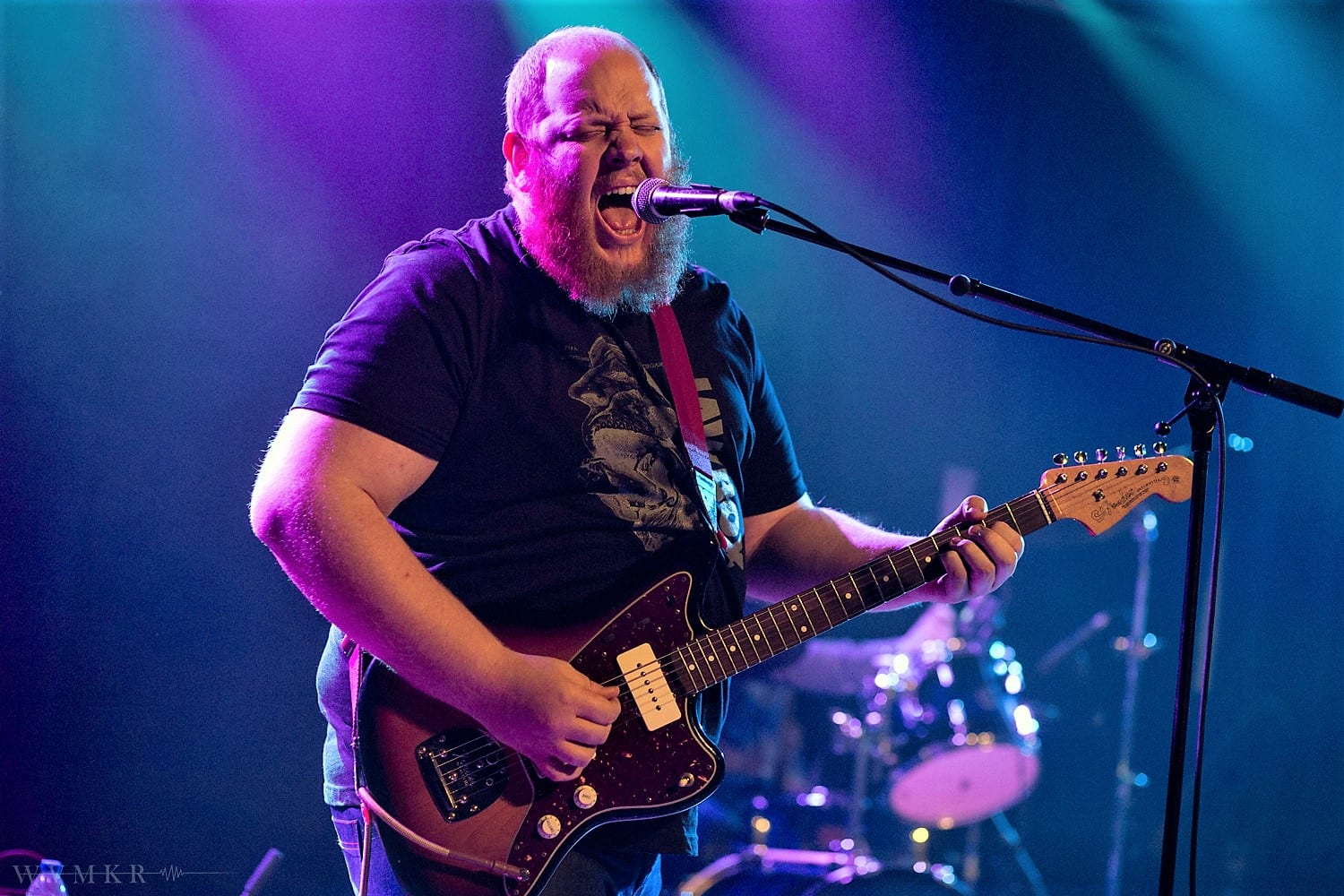 Holding Patterns got into position shortly after, ready to readjust the aim set by Itoldyouiwouldeatyou and pull harder on my strings with some skate-punk vibes hitting even closer to home. A tad bit slower than the typical skate-punk act, the Derby trio held the show in place by the strength of their simple yet strong songwriting and moody melodies. To hear a fresh, new act play out the sounds of your earliest musical memories is a peculiar one, perhaps even more so when dealing with a genre so freshly established in the history of punk. The tone of the music that once made you feel invincible in your teenage years slowly shifts and becomes a symbol of times past. The more authentic and youthful it feels, the older you get whilst listening back to it. Existential angst and Weltschmerz aside, the music by this brand-new act does hold up the same way some of skate-punk’s best names have done over the years. Safe but fairly Sugoi. 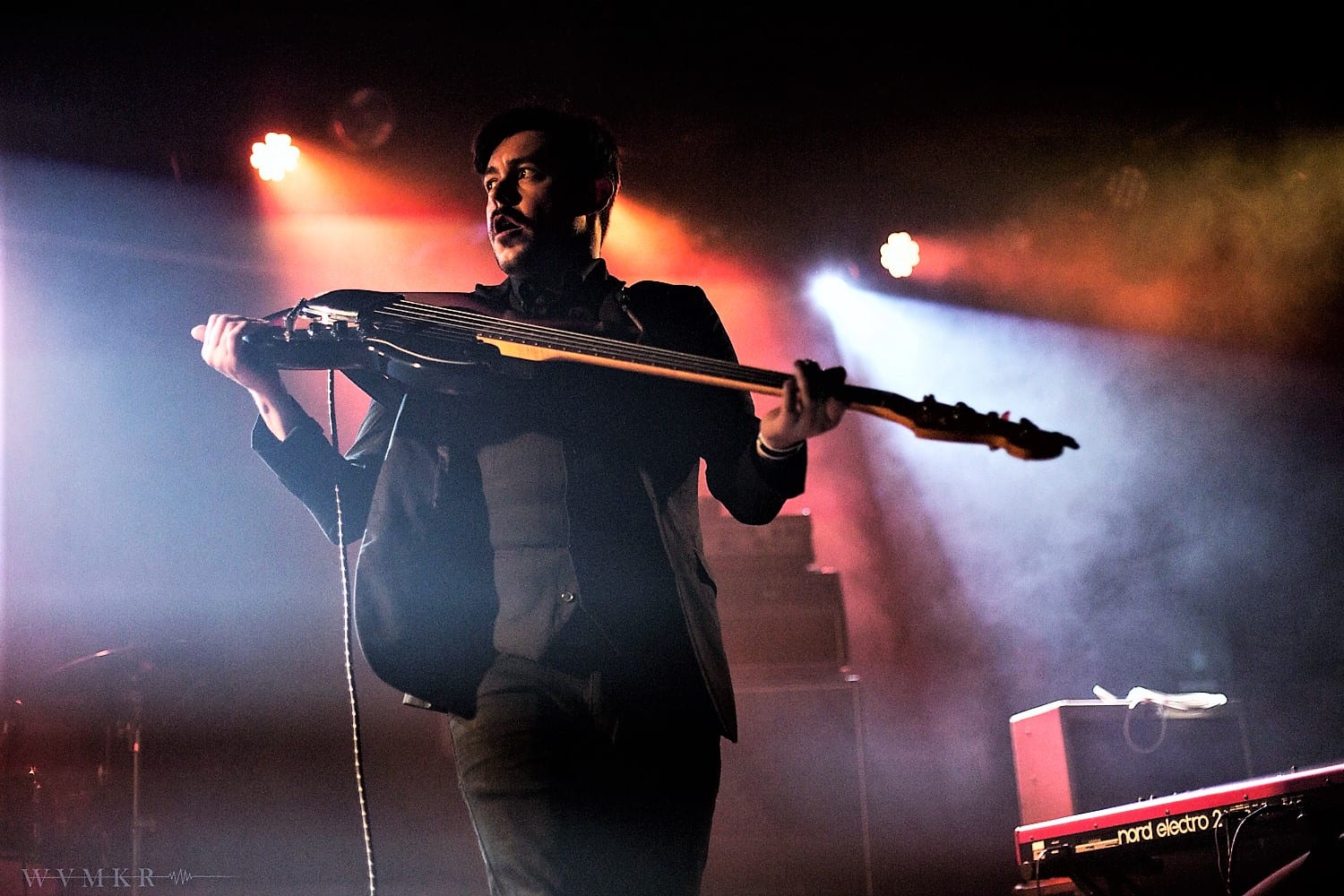 The six o’clock mark signalled a sudden shift in gears for the festival, a sudden upping in the level of Sugoi-ness of the evening starting with Brighton’s Poly-Math. The band’s name is self-explanatory; if you like complex rhythms and grooves, you’re in for a hell of a show. No need to lean in like a scholar to hear the prog, though; Brighton’s math-rock quartet hammered in their intense staccato grooves and shockwave riffs immediately, blowing the show wide open within a matter of seconds. Axes were flailed around and lights flashed frenetically in a fierce whirlwind of chaos and destruction, filling the room with static electricity and rock ‘n’ roll ecstasy. When you’ve got a fly-swatting guitarist on one hand and a moonwalking mariachi pulling sick moves on the bass, the last foolish idea to enter your head would surely be to blink, let alone look away from the splendour unfolding before your eyes and ears. A dynamic, riveting and wildly entertaining show such as this one surely warrants the Sugoi accolade. 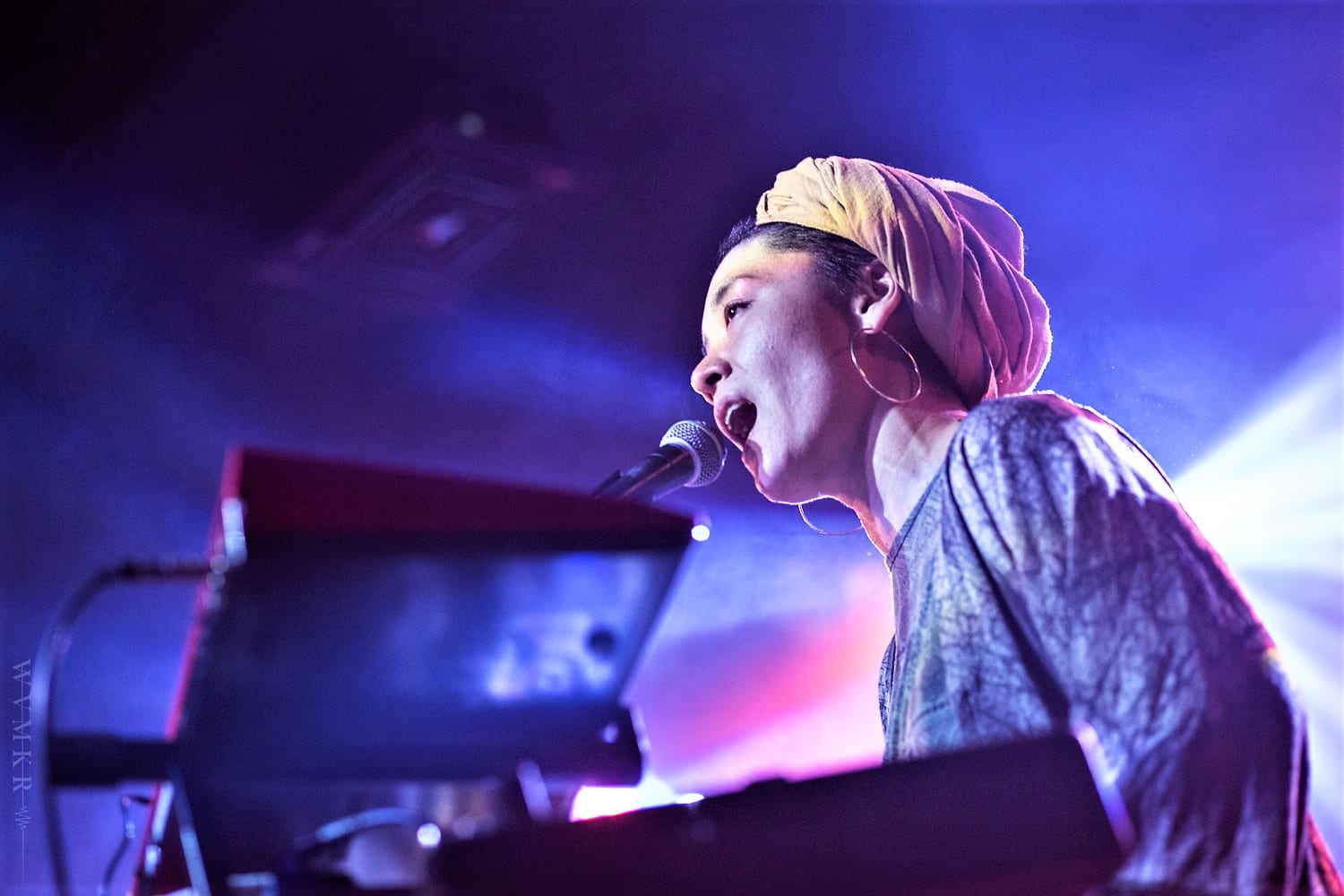 And now for something completely different: Yama-Warashi. Led by Japanese singer Yoshino Shigihara, this Bristol-based act would mark yet another surprising stylistic shift for the evening. Take some traditional Japanese folk music, give it a bouncing African Rhythmic backbone, and some smooth-jazz licks sprinkled here and there, and you’ll get a rough literal translation of this acts musical language. In other words, picture yourself micro-dosing on magic mushrooms at a colourful traditional summer festival in the heart of rural Japan, minus the fear of getting kicked out of the country. Twinkling bells and booming percussions settled you into a foreign yet comforting space, while Yoshinos’ smooth, spellbinding chants echoed and conversed with the ever-so-charming sax and xylophone notes. The room – now reasonably packed with human beer-holders and attentive ears – lit up with smiling faces and dancing bodies warming up to the exotic tunes coming out of the speakers. Yama-Warashi definitely stuck out like a sore thumb amongst the line-up of emo-punk, Indie-pop and math-rock bands on the bill, but the mood was well set, and the beauty of musical worlds meeting and coexisting spoke for itself. Sugoi indeed. 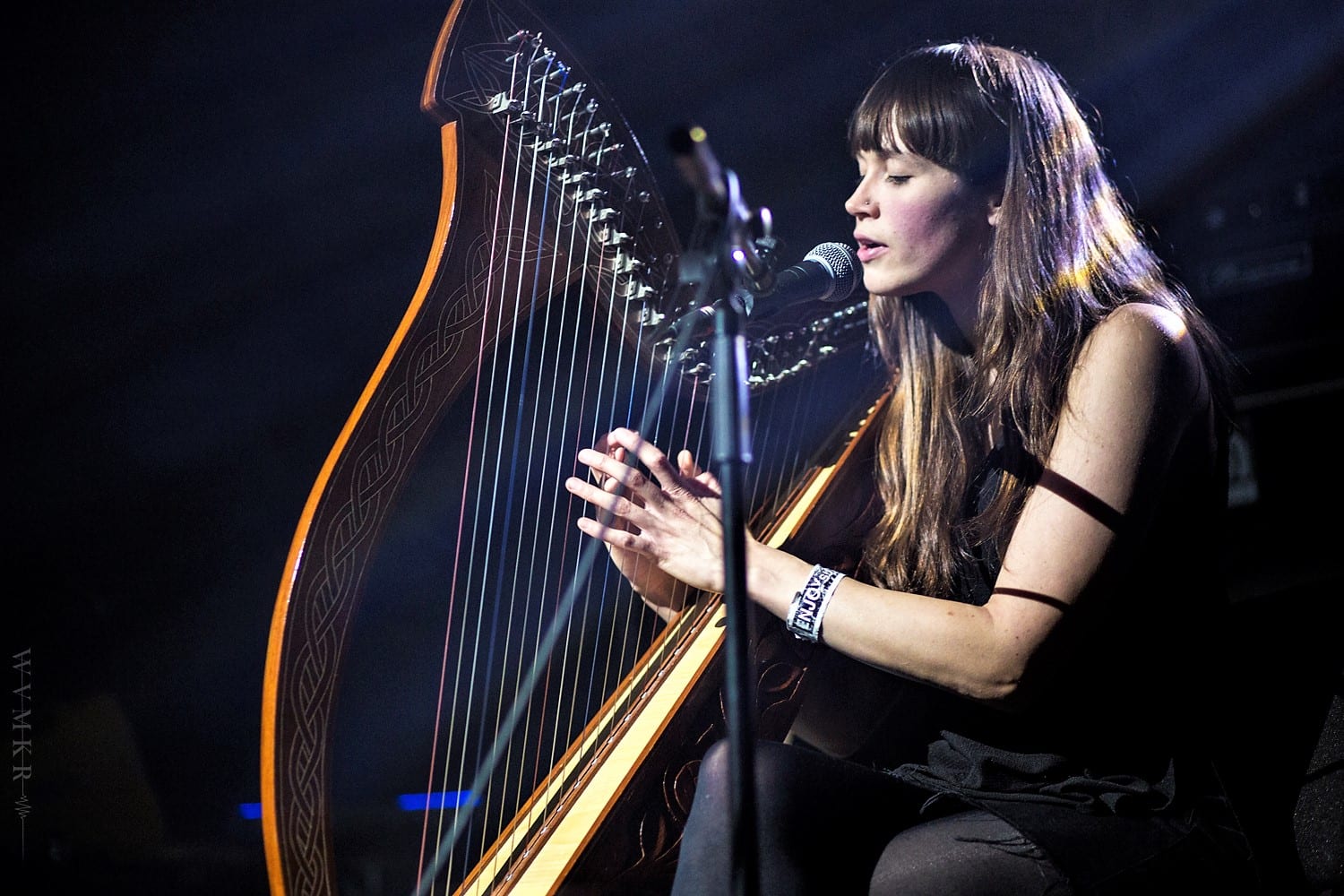 Next up was the heart-stopping voice and melodies of folk artist Natalie Evans, backed for the first time by a full band onstage. Unfamiliar with the work of Miss Evans and unprepared, my fragile heart melted into a puddle upon first hearing the pretty fingerpicked guitar melodies and angelic vocal harmonization between Natalie and keyboardist Freya Kon. The bands’ additional arrangements seeped seamlessly into Natalie’s performance, with each subsequent layer of instrumentation serving to add yet another level of intimacy to the minimalist sound. Leading the merciless jabbing at my heartstrings was the child-like voice of Natalie herself, along with her heartfelt performances on acoustic guitar, harp and keyboards, providing some of the most memorable moments of the entire evening on songs like ‘Hard to Forget’ or Björk’s ‘Joga’. Forty minutes was short, but forty minutes was enough to get me hooked and aching for more. This show was truly, undeniably Sugoi. . . and then some. 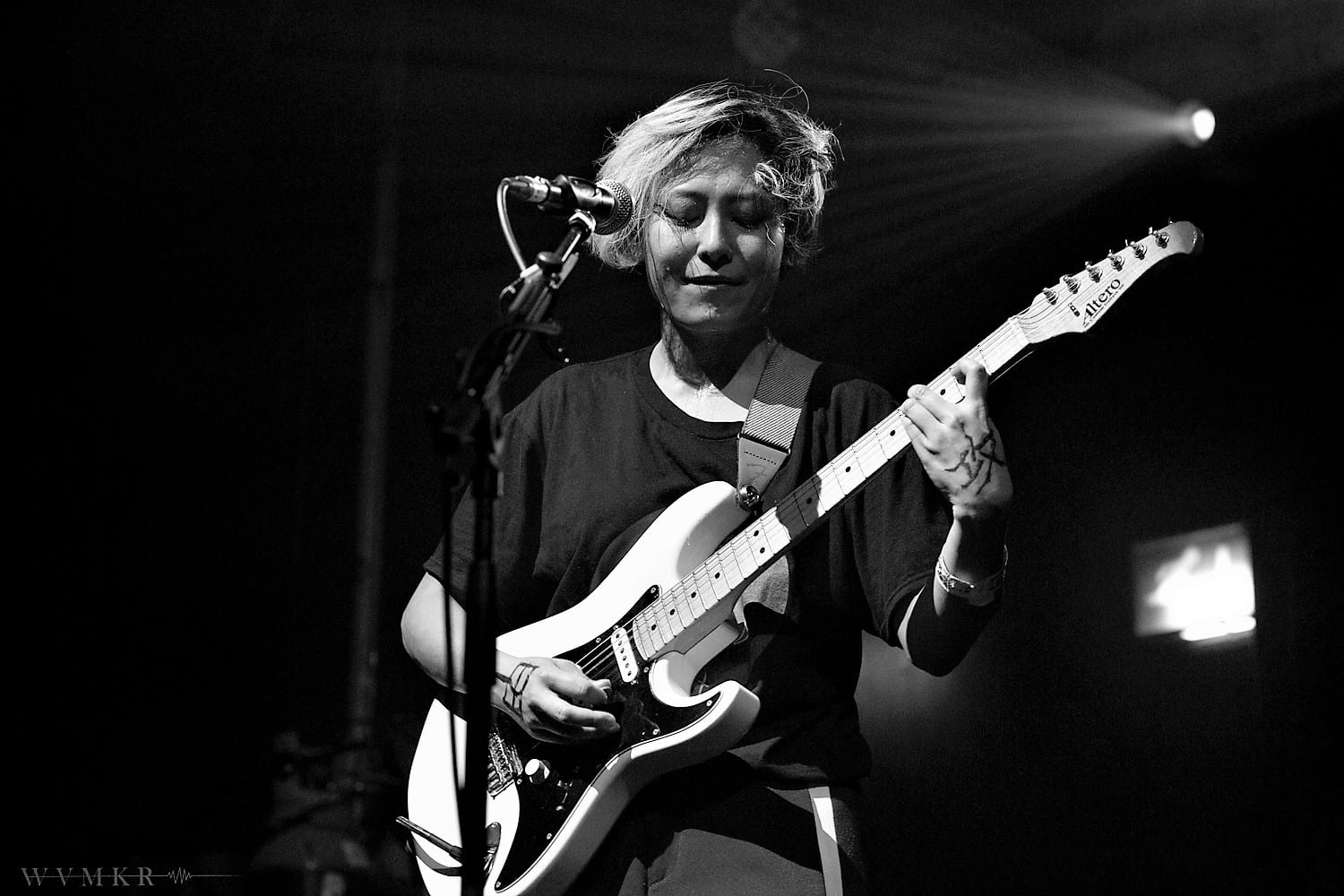 Last, but certainly not least, was our headlining act from Kyoto. As for any Japanese band loud enough to reach Western ears, my expectations and anticipation were high, all the more so following the last few musical acts. Tricot had no more than an hour to close the evening off, and the group made sure to pack these sixty minutes with as much material as possible, starting off with the relatively smooth ‘On the Boom’ off of their recent single potage, followed by ’18,19’ and ‘Wabi-Sabi’ off of their third and latest album. One simply cannot help but be dumbfounded at the group’s exceptional musicianship, more precisely their surgical rhythmic precision. Not one drum hit or guitar strum was out of sync; Tricot is a band whose groove relies on air-tight group synchronicity, and this night’s performance showed them well in tune with the intricacies of their own sound. The show’s electric energy culminated before long with the surprisingly early performance of ‘POOL’, a song that got the whole venue going wild, both onstage and offstage. As I suspected, it quickly became blatantly clear that Tricot is a live band; guitarist Motifour’s stage presence is as outstanding as it effortless, and vocalist Ikkyu’s energetic singing somehow fits better in a live setting than on record, as if more naturally in tune with the pacing and intensity of the performance. Furthermore, the band visibly paced their set with great care, keeping the energy high while saving some momentum for an explosive finale with a supercharged rendition of ‘Melon Soda’, followed by ‘おやすみ‘ (“Goodnight”) to close the evening off with a banger. 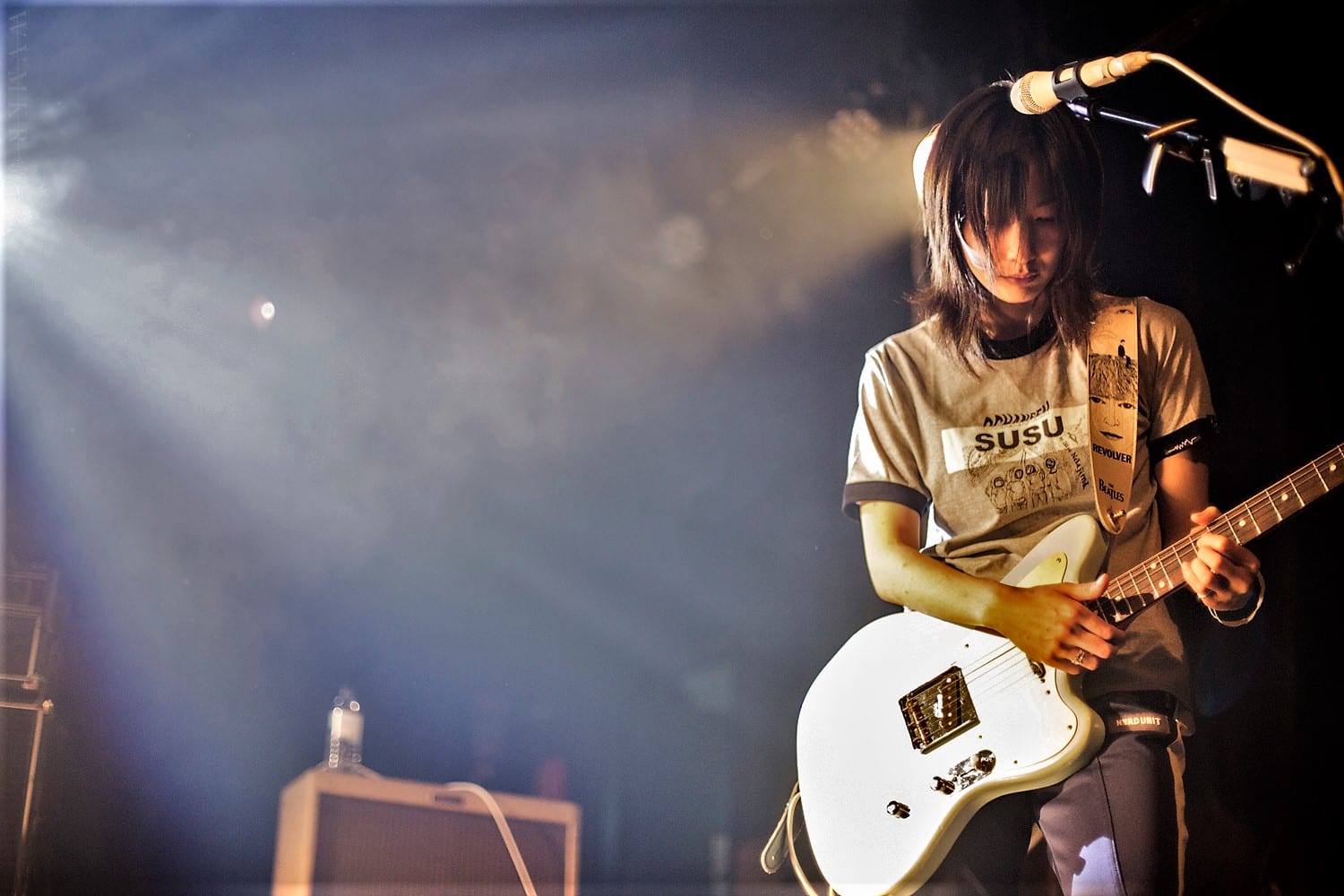 Despite what you may have first assumed from my informative yet deliberately misleading introduction, Enjoy Sugoi delivered what Enjoy Sugoi promised. The incredibly diverse line-up did catch me off-guard, though it wouldn’t be unreasonable to argue that this wide-ranging set of musical acts was precisely what made the show so remarkable. Though not every artist will make it into my spare-time listening habits, every one of them rightfully stood out on their own merits and played their part into making Enjoy Sugoi a truly memorable festival to close off a year full of great shows. 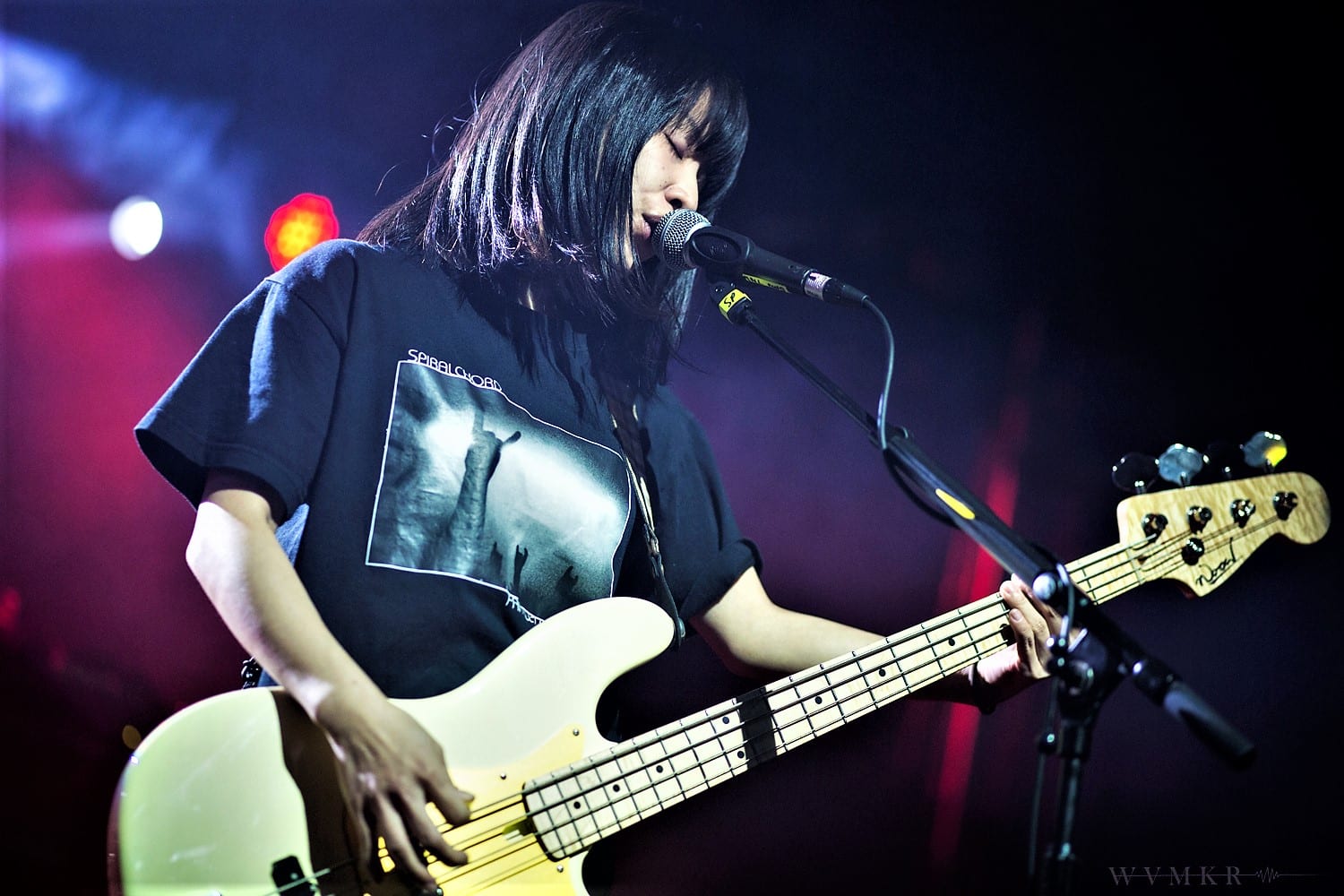