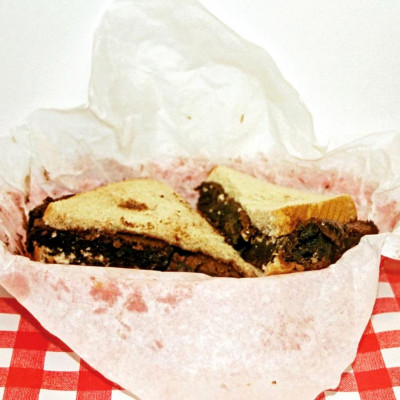 It was only a matter of time before garage-glam rock dynamo Ty Segall released a covers album, so when it was announced one was on the way, hot on the heels of Freedom’s Goblin, few were surprised, but many were excited. Segall and his band have already proved themselves masterful stylists and ace interpreters, not least on their spirited assault of Hot Chocolate’s ‘Every 1’s a Winner’ from said album.

The first thing you need to do if producing an album of covers is to not fuck them up. Sounds simple, but as musical history has shown us, merely selecting a strong bunch of songs is not enough to guarantee success. Quality tunes are a good start, and there are many here, but there’s a fine balance to be achieved between experimentation, reverence and feel if you aren’t going to come out the other side looking like either a vandal or a thief. I’m glad to report that none of this diverse, often much-loved bunch of songs are any the worse for Ty’s attentions, and some are even improved, to my ears.

It’s no surprise that where Segall and band apply their default garage rock filter during Fudge Sandwich  they are mostly successful in producing supremely entertaining rock n’roll moments, and if in attempting ‘I’m a Man’ they cannot replicate the sheer soul power magnificence of the original then that’s only to be expected.  Their true-to-its-spirit thrash through Amon Duul’s ‘Archangel Firebird’ and spidery, spiky stab at Rudimentary Peni’s ‘Rotten to the Core’ sound pretty much how you’d expect and are satisfyingly snotty. They apply the same breakneck, amp smashing attitude to much of the Grateful Dead’s ‘St Stephen’ and upgrade it significantly. Well, I’ve never understood the hold the Dead have over seemingly sane U.S. musicians. Possibly better than all these is their  superfuzzed strut through Funkadelic’s Maggot Brain gem ‘Hit It and Quit It’ which has enough bottom end, hip swinging sass and ludicrous guitar licks to make Jon Spencer doff his cap.

Where this album really scores is in the more leftfield readings of a couple of rock classics and one lesser known punk nugget. The version of War’s ‘Lowrider’ which opens the album is startling – a nocturnal throb, similar in feel to Iggy’s ‘The Passenger’, it largely replaces the shiny Latino funk with something more menacing. The synths ooze and Ty croaks the lyric like a man who has been sleeping in his car, living on cigarettes and a nasty grudge.  Although fear not cowbell fans, it’s not totally unfamiliar.

Neil Young’s ‘The Loner’ is similarly twisted and gnarly, with any of Shaky’s delicacy stomped under a murky Uncle Acid style production and an addictive, speed addled punky riff. Man, it’s a thrill. Conversely, The Dils ‘Class War’ – a sort of Crass in California mob anthem, is cleaned up to startling effect. Presented as a plaintive, heartland rock sing a long it is transformed into a thing of strange beauty and carries a real emotional heft. The lead guitar on it is simply perfect too – in case you forgot, this guy is a player!

I can take or leave the hippy nonsense of Gong’s ‘Pretty Miss Titty’ and the too fan boyish run through of Lennon’s ‘Isolation’, but otherwise this is a fantastically engaging album, with some people are saying it’s Segall’s best. That denigrates his own material I feel, but it’s certainly a great place to start if you’re new to this artist and the love and passion for the music covered is both obvious and infectious.