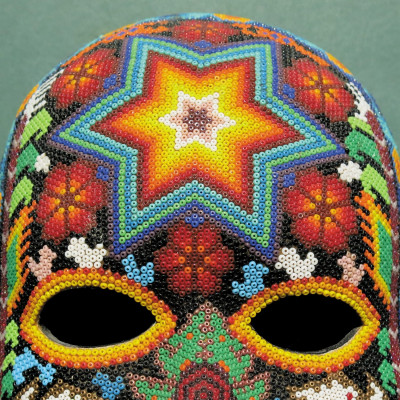 Dionysus by Dead Can Dance

The problem with writing a review for a band as individual as Dead Can Dance is how to describe their music to the non-initiated. I’ll start here: quite simply, they make the most beautiful music you will ever hear.

DCD started out – ostensibly the duo Lisa Gerrard and Brendan Perry – in 1981 as a semi-Goth alt-guitar band with some mystic leanings, which greatly appealed to the listeners of other bands on the cult label 4AD. But they evolved into an intellectually ambitious outfit exploring mediaeval, world and other culturally diverse music of many different forms. The melting pot of styles and influences is the product of Lisa Gerrard’s voice – her singing and her vocalisations, or glossolalia – and her ability to play instruments such as the Chinese yang ch’in, coupled with Brendan Perry’s multi-instrumental talents and his stunning baritone voice, which adds gravity and timbre to all he contributes to.

The pair have been ceaseless in their exploration of music from around the world and reaching back into time. From pseudo-Goth beginnings later releases such as Aion featured mediaeval chants and folkesque tales with fabulous song titles (how about ‘Fortune Presents Gifts not According to the Book’?). Further still, the simply peerless Into the Labyrinth from 1993 distilled earlier use of different styles and created a much more rounded whole, using everything that had been gone before but producing what seemed like the peak of DCD’s sound. After a hiatus on the 2000s, this development continued up to 2012’s superb Anastasis. What lifts them above the twee (which it could so easily be), the derivative (ditto) and the just plain naff is a clarity of vision, an emotional depth and the quality of the musicianship. Dead Can Dance open the mind, combining all of the above while managing to be accessible to pop and rock planks like me who would no sooner listen to a classical aria than try Morris dancing.

Which brings us to Dionysus, the latest DCD studio album. Dionysus was the Greek god of wine, ritual madness and religious ecstasy. The album tracks the myth and the cult of this outsider god, from his return by ship through the rites of his followers and his journey to the afterlife. The hedonistic rituals performed by his followers –aided by hallucinogens – form the backdrop to much of the music, lending credence to the feeling of trance-like abandon that is conjured up. The album takes the form of an oratorio in two Acts, with seven movements in total. Each movement has a different sound and vibe (they’re tracks, essentially), but it hangs together to form a complete, themed work.

‘Act I: Sea Borne’ is the aforementioned sea journey. Tribal drumming sets up a tempo, and soon it is lifted high by an orchestral melody that combines with the beat to form a trancelike rhythm. Voices are added to the mix; often Lisa’s vocals don’t form words – but glossolalia – and appear improvised in time with the music, creating another instrument in the music. ‘Liberator of Minds’, the second movement of Act I, has a decidedly Eastern feel, and continues the feel and momentum of ‘Sea Borne’, along with Act I’s final movement, ‘Dance of the Bacchantes’, which sees the heat turned up, the musical tempo increased. The instrumentation is complex, and featured on this album are percussion including the daf (an Iranian drum) and fujara (Slovakian shepherd’s flute). Found sounds are also used, including birdsong, which is frequently audible.

The largely instrumental side of DCD seen in Act I is only one of their appeals, and Brendan’s voice doesn’t feature until the start of Act II, on the contemplative ‘The Mountain’. The track features Brendan singing in a language that is not English, and the tone of his voice is a bittersweet and mournful chant, in part interplayed as a call and response with Lisa’s echoing cries. It’s achingly beautiful, and their ability to create a feeling inside like this is part of the reason why I love this band. Vocal elements are at the fore in the remainder of Act II, in tumbling melody that is ‘The Invocation’, the Eastern-flavoured ‘The Forest’ and closer of the second act, the sombre ‘Psychopomp’.

In Dionysus Dead Can Dance have created a themed album that stands up with the very best of any of their work. There’s a change in presentation, perhaps, with the unified concept telling the story of the returning god, but the elements that draw listeners to this band are still all there. At first I was disappointed not to hear more of the folk-tinged tracks sung by Brendan along the lines of Into the Labyrinth’s ‘The Ubiquitous Mr Lovegrove’, but as I got to know Dionysus that impression fell away, as there is much here to feed the soul.

This is another chapter in Dead Can Dance’s incredible musical story, as strong an album as they have ever produced, and features beauty and intoxicating melody in equal measure. Another triumph from a band that is not short of them.