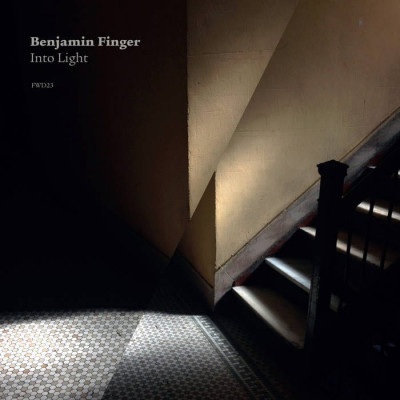 Into Light by Benjamin Finger

It seems that Norwegian composer/musician/filmmaker Benjamin Finger has got his.. ehm.. finger right on his creative (musical) streak. His latest album, Into Light, is his third in less than a year, which could be a bad thing if you just keep plodding along, coming up with just more of the same thing, no matter how inventive it might have seemed initially.

But, it also seems that Finger keeps on jumping over that hurdle as easily as he comes up with new releases. While For Those About To Love from December 2017 came up with a palette of electronics and acoustic instrumentation that expressed the range of Finger’s musical interests, Scale of Blindness from February 2018, was what you can label as dark ambient should sound like.

With Into Light, Finger is slowly moving from the darker shapes, sees the light close by, but still keeps his distance from it, at least for now. Just like the cover for the album he came up with. This time around, with his obvious knack for the cinematic and knowledge of the elements of classical, he permeates his music with a sense of melancholy, that makes all those dark patches take on shades of grey. And it is melancholy that has that positive sign in front of it, both in its feel and in the manner Finger composed and played his music.

This time around, though he has also given significant roles to cellist Elling Finnanger Snøfugl and vocalist Inga-Lill Farstad, who both have their prominent roles in two of the extended compositions on the album. While Snøfugl’s cello gives ‘Gravity’s Jest’ the tone and timbre, Farstad’s vocals on ‘Paradox Route’ cover that grey area that ranges between peace and unrest, at some point turning into a focal point.

With Into Light it is obvious that Finger is on the sort of creative streak rarely exhibited by musicians trying to cover that border territories of ambient/classical/jazz/post-rock. What’s next Benjamin?