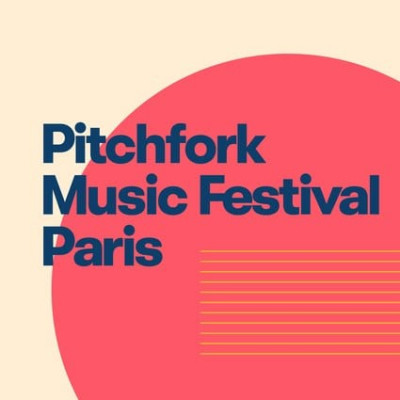 Paris doesn’t celebrate Halloween. The sad reality about the French end-of-year calendar – fellow Anglophone reader – is that it mentions but cruelly overlooks this joyous celebration of all things dark and scary, save for a few horror flicks serving as a bittersweet reminder, hinting at all the fun our Anglophone peers are having overseas. That is not to say that we French folks don’t enjoy a culturally-rooted alibi to get our drink on and dance the night away, quite the contrary; the lack of a real Halloween spirit to alleviate our spirits in late October is deeply felt by those well aware of what the holiday stirs up across the Channel, which is precisely why we’ve come to welcome the Paris Pitchfork Music Festival with such open arms. Set every year around the end of October and start of November, the relatively young festival has quickly earned its place as a staple event in the Parisian music scene through its yearly display of cutting-edge artists and rare, live performances.

Stylistically diverse as it has always been since its debut in 2011, Pitchfork Festival’s European leg has always made sure to please both indie music dabblers and hardcore music nerds, with a carefully crafted roster encapsulating what we’ve come to expect from Pitchfork’s notoriously selective editorial lines. To miss an edition of Pitchfork Festival has systematically equated to missing a breakout performance by an artist on the brink of widespread acclaim amongst French audiences, as is made painfully obvious by a quick glance at the list of artists having performed there in the past. For its eighth edition, Pitchfork Music Festival Paris will be bringing 29 artists to the Grande Halle de La Villette for three evenings of musical joy and discovery.

Amongst the known names we at Echoes and Dust are most looking forward to, one can start off with the festival’s opening act New Optimism, a promising new experimental pop project by Cibo Matto vocalist Miho Hatori, mixing hints of jazz, soul and lounge into a delightful cocktail of colourful melodies.

John Maus’ synthesizer-driven music will hit the stage not long after on the same night, building our hopes up for a powerful set of vintage electronic sounds, hypnagogic pop and pure catharsis from this notoriously ferocious stage performer. With his two new records released within the last year, Maus has got a lot of new material to throw our way and we are excited to see what kind of set he has in store for us.

Keeping true to our known figures in the rock scene, we’ll also be keeping an eye out on Mr Casablancas’ The Voidz, whose recent sophomore record has been stirring waves with its mind-bending, electrifying rock psychedelia. Given the good words we’ve been getting from trusted colleagues having witnessed the bands’ live shows, we’ll be expecting to Julian and The Voidz to turn up in top form to deliver the goods and show their peers how it’s done.

Next up, my personal curiosity will keep me up to watch some Mac DeMarco, whose critically acclaimed folk-pop has been all but unanimously acclaimed amongst our team. Though his latest release failed to hit the sweet spot as it did for many of my peers, I will gladly and patiently wait for the man’s live performance before casting a final verdict on the verdict.

It will be a great pleasure to reunite with the sweet synth-pop sounds of CHVRCHES, whose history with the Pitchfork Festival in Paris dates as far back as their own. Having seen Chvrches once before, I have stayed somewhat disappointed following a decent performance plagued by a somewhat flat sound. As they mark their return to Paris to promote their flashiest pop album to date, I cannot help but keep a glimmer of optimism amidst my worries. May Lauren and her accolades hold up in their defending of Love is Dead. As a great fan of the band’s previous two releases, I will be rooting for the band to make their case.

Adding some R&B flavouring to the festival, England’s very own Blood Orange will have some goods to deliver. Armed with a serious contender for the album of the year, Dev Hynes is set to deliver a highlight performance to which following artists will have to live up to. Soulful, funky and irresistibly catchy, Negro Swan has us hyped up with every good reason to believe that the album’s universal acclaim will translate into an equally convincing set.

Though we may not all be so keen on modern house and hip-hop producers, I for one will be expecting big things out of Friday’s closing set featuring Montreal’s Kaytranada. Though two years have already flown by since grand his XL Recordings album debut 99.9%, the Haitian-born boy-wonder’s funky dance sound has yet to lose a speck of its freshness and vibrancy, and will be pulsating through my headphones throughout the week leading up to his show.

Moving on from the Soundcloud-born artist to a Bandcamp hero, Car Seat Headrest will also be gracing the stage that same evening to humour audiences with the lo-fi indie-rock tunes that won over the internet’s cold, cold heart. Those shameless enough to admit to lurking in the deep-end of music message boards and forums circa 2011 will fondly remember the emergence of Will Toledo’s musical project with the success of Twin Fantasy, an album of heartfelt musings about loss, mental illness and love. As the band returns to Europe with a fresh re-recording of the fan-favourite album, one can expect and hope for a brilliant return to classics.

Those having missed Unknown Mortal Orchestra’s sold-out show in Paris last May also have a chance to catch up on groups’ psychedelic pop-rock experience, for they are set to co-headline the festival’s final evening with yet another album to unveil. Curious but so far underwhelmed by the ensemble’s fourth record Sex and Food, I will be giving the band the benefit of a second chance by experiencing the band’s upcoming album first-hand in a live setting. Described as an experimental record fusing Jazz and Krautrock influences, IC-01 Hanoi is set to defy expectations and sounds like the album geared to make me re-evaluate my appreciation for Unknown Mortal Orchestra. We shall see.

To top things off with grandeur and grace, Bon Iver will be making their anticipated return to the stage as the festival’s main headliners. As one of the foremost figures of indie folk since the turn of the millennia, Justin Vernon’s band is in no need of an introduction, having taken the music scene by storm with their gorgeous soundscapes and radiant melodies. Having thoroughly enjoyed the bold musical branching towards synths, samples and electronic effects that characterized the polarizing 22, A Million, Bon Iver will no doubt provide a fitting finale before making way for the after-party.

Lastly and certainly not least, we at Echoes and Dust are especially excited to be covering the experimental counterpart to the Pitchfork Music Festival. Dubbed Pitchfork Avant-Garde, this two-day prologue to PMF brings together more than 46 artists for an experimental music block party around the Bastille, hosted by local venues such as Le Réservoir, Supersonic, Badaboum and Café de la Danse. Over 40 artists will be hitting the stage for a night full of good vibrations and musical discovery. Unlike the main festival, choosing ahead is crucial for Pitchfork Avant-Garde, as most artists will be hitting the stage at the same time across the block. Let’s Eat Grandma, Apollo Noir, JPEGMafia, Jack Grace, Suzi Wu, Black Midi, Yuno. . . tough decisions will need to be made but wrong ones will be scarce, given the sheer quality of the line-up.

With five evenings jam-packed to the brim, you best prepare yourself for a hell of a week if you plan on joining the festivities. Halloween may not reach our French capital, but rest assured we music geeks know how to keep busy on these cold autumn nights. Come celebrate, come dance and come bask in all the smugness French indie-music nerds have to offer. Grab your tickets here, and meet me there!