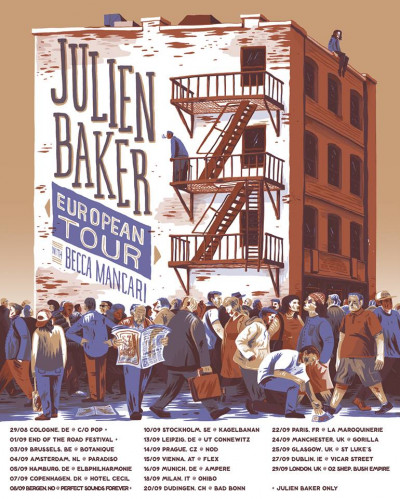 I always try to remain impartial when writing reviews of concerts or albums in order to provide the reader with an informative (and hopefully useful) tool of reference. The use of pronouns is, therefore, normally off limits, as are complimentary adjectives such as ‘fantastic’ or ‘spiffing’. But this is no normal review, and as such, I am making an exception. The only way of explaining my reasoning behind this is by attempting to describe the connection that Julien Baker forges between her music and the listener.

Firstly, it is deeply personal. The lyrics of every song sum up moments of my life that I have never dared speak about, even with closest friends – moments of utter despair and darkness, as well as moments of overwhelming love and pure joy. The instrumentation acts as another form of communication, with each carefully-crafted note and each perfectly-placed pause evoking a feeling. And when fused together, lyrics and instrumentation form far more than a song. They result in that connection, an understanding and a love.

Secondly, it is uncontrollably addictive. Countless albums have engulfed me for a week, or sometimes two, but are then cast aside for months as the sickness of familiarity kicks in. No such sickness comes with obsessively listening to Baker’s work. Perhaps this is due to her genius as a songwriter, or perhaps it is due to the connection that I described previously (you wouldn’t get sick of a person that you love after spending two weeks with them, and the same connection and love is true of Baker’s songs).

It is also painful. Accepting and allowing this pain to flourish allows the listener to get a sense of what Baker, and perhaps what other fans, have been through or are currently going through. This naturally breaks down barriers and dismantles destructive preconceptions that have previously kept society standoffish. In other, more digestible words, the music brings people together.

Standing next to hundreds of strangers, as well as a beautiful and amazingly talented friend (check out @nia_makes on Instagram), to witness Baker perform at Gorilla in Manchester was unforgettable. On our arrival, Becca Mancari was thanking a large and receptive crowd before closing her performance. She released her debut album Good Woman last year. It occupies a sparse place in terms of genres that are fused together, with a clear country influence meeting straight-forward rock drum beats and folk-infused melodies. Mancari is set to embark on a European headline tour in November, culminating in a final show at the Olso, Hackney, on 1st December.

I thought it fair to warn my friend who was also attending the show that holding each other would be compulsory. As I clinged on to her, Baker appeared on stage and opened the set with ‘Sprained Ankle’, instantly sending shivering shock waves across both my body and mind. I was lost, in the moment and the connection. Her movement on stage throughout the entire performance was mesmerising. Baker often retreated away from the spotlight between vocal phrases, grimacing and rocking her head back to the ceiling as she pushed her own pain out into the performance, laying herself bare and giving even more strength to the connection. 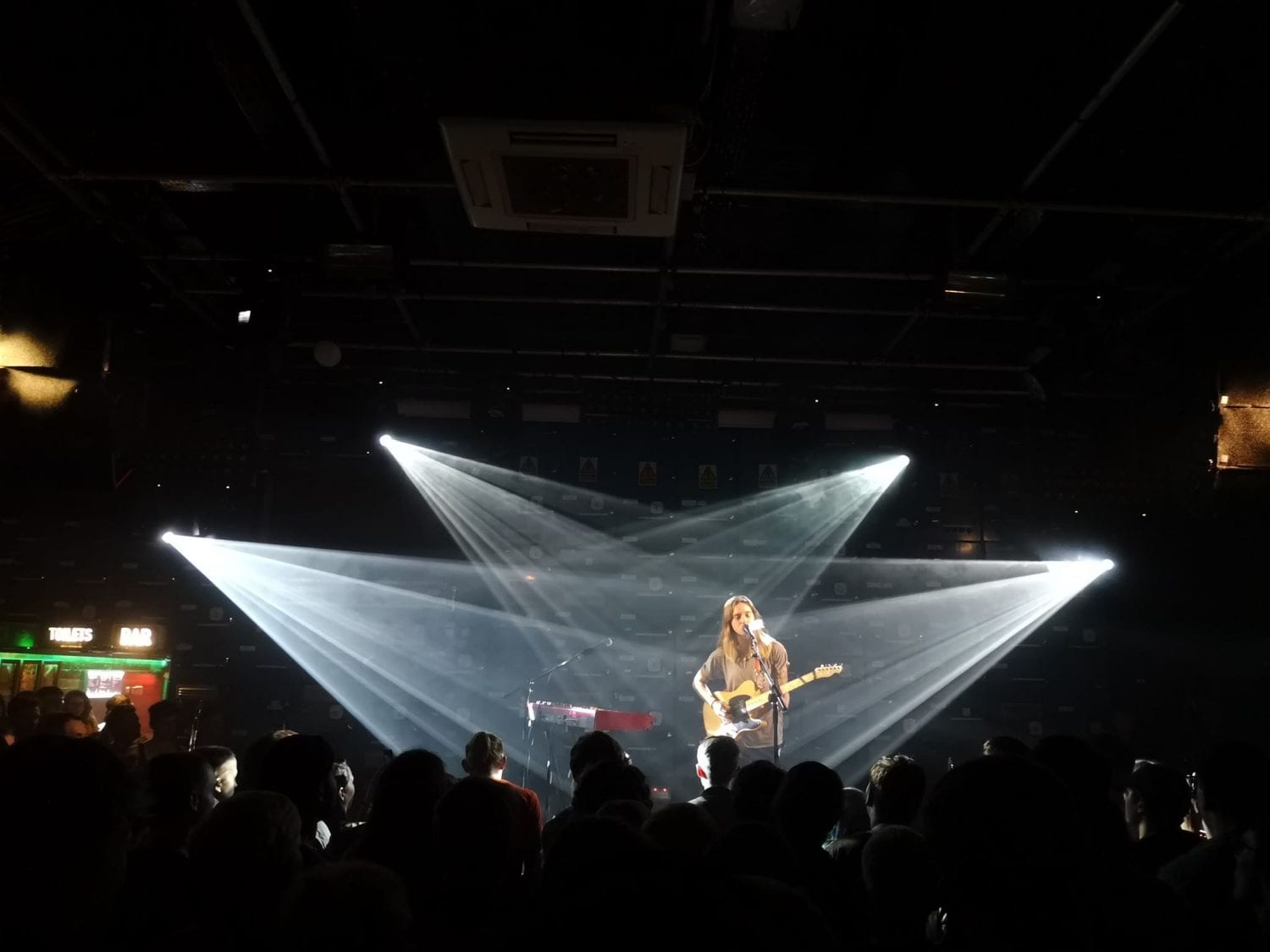 But, as she does in the numerous interviews that can be accessed on YouTube, Baker brought an air of lightness to the evening. ‘You can sing if you like”, she told the crowd sheepishly, before being met with a violently enthusiastic response from a fan: “I’m going for it Julien!”. She burst into laughter, voicing her thanks for, and her simultaneous bewilderment at, the energy of the attendee.

Camille Faulkner, a classically-trained session violinist who also performed on Turn Out The Lights (Baker’s second and most recent album), climbed on stage and delivered a superb performance for several songs. She added a shimmer and detail to the show, playing intricate plucked melodies or giving depth and dynamics by harmonising with the keyboard.

A moment of sheer brilliance came when transitioning between ‘Everybody Does’ and ‘Going Home’, both of which are personal favourites. Baker finished the first before gliding seamlessly into the next without stopping. Fit to burst, I took a moment to myself, mentally highlighting the beauty of what I had witnessed.

A minor slight on the night was the fault of the venue, not the musicians. The bass notes that Baker hits on her guitar were too prominent and overpowering, making the speakers resonate and ring. Some detail in the guitar and vocals was lost as a result. Similarly, the drum machine used in ‘Sour Breath’ was too loud, making the lyrics faint and indecipherable to those that were not familiar with them.

Small gripe aside, the evening was one that spurred a fire and passion in me that had been silenced for some time – one that is centred on a willingness to simply be with others, listen and do anything possible to help. It also put my current personal situation into perspective, and while it isn’t what I had wished for, it is one that Baker’s music reminds me is full of love.