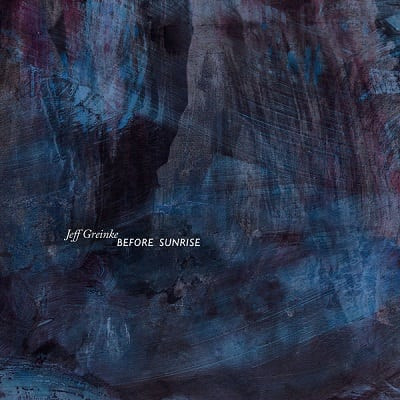 Before Sunrise by Jeff Greinke

Now I’m very new to this artist that I’ve discovered this year on the Echoes podcast with John Diliberto, is a person that is carrying the ambient/electronic sound from the mind of Jeff Greinke. He is a musician, composer, and bringing the sounds of the genre to life. He has released 20 studio albums starting with 1984’s debut release, Before the Storm, to his 21st with Before Sunrise.

He worked with Moraine’s Dennis Rea as they founded the group LAND in 1993 until 2001 after releasing three albums. And working with Rob Angus, Pierre Perret, and Faith and Disease. When I first heard Greinke’s music, I was taken aback by his usage of samples, droning, and electronics to make you enter these dark passageways that are ominous and strangely beautiful.

It was five years in the making and it showed Jeff’s acoustic side. It explores the landscapes of southern Arizona. With the usage of members playing piano, cello, viola, clarinets, and vibraphone, Grienke takes you to the night skies of the areas through the road trips of the location before it gets close to dawn.

With ‘High Flyers of the Night Sky’ you can hear the sound of droning voices of the animals and the eerie Tangerine Dream-sque soundscape of hearing those creatures in the background, giving some views of a place that be at times cold, dark, and dangerous. Austin Larkin’s violin captures those areas and Jeff goes through those walks that he goes to.

The piece of ‘Slow Train on an Open Plain’, has this tug of Klaus Schulze’s Irrlicht. Inspired by the high deserts and watching the trains go by, the landscape with its minimal imagery as Paris Hurley, Greg Campbell, Dylan Rieck, and Alex Guy, brings the road trip to you to embark on. You can imagine a film or a documentary of the city of Arizona during the night and seeing the trains going through different tracks, makes you feel fascinated and in awe on where they would go to next.

Greinke takes ‘Under Falling Stars’ the sound of the cellos through his keyboard, diving into the salty ocean and searching for the castles that are 5,000 fathoms below the surface and proving to be true. Jeff can help you go into those castles that can be beautiful and wonderous with a mysterious atmosphere. The ominous surrealisms of ‘Mountains & Clouds’ is a dream-like hallucination.

You can imagine yourself being at the Bisti/De-Na-Zin Wilderness in San Juan County, New Mexico and seeing these badlands and strangely bizarre shapes and sizes, you as a listener begin to understand that is real and not a dream. ‘Rain, Then Snow’ creates this waking/rising piano sound for a chance to see the sun coming out of the clouds after a busy snowstorm and as you open the doors, you can hear a heavenly electronic choir for a few minutes and then it comes back to make it joyful and almost alarming.

In my opinion, Before Sunrise is a very interesting release. Now mind you, I’m not a New Age type of person, but being new to Jeff Greinke’s music, the album brings the sound and vision of southern Arizona to life. He’s been around from day one, and I hope what new ideas he might come up with next 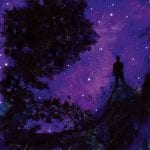