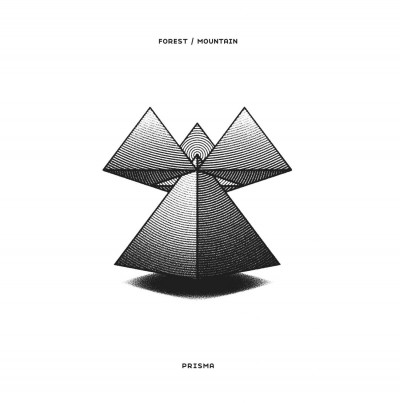 The first time I listened to this album, one of the first thoughts I had was that in just over two minutes into the first track, it already had hit me in the feels! This is always a good indication that the rest of the album is going to be great. Forest Mountain’s sophomore release, Prisma, is great and so much more.

The album is made up of five tracks and comes in at around 34 minutes. It is succinct in its execution from start to finish and filled with enigmatic and hard-hitting soundscapes in between. The way each track flowed from one to the next felt like a story was being told. From its epic start, ‘Vlinders In De Winter’, to its introspective follow-up track, ‘Elandstrand’ and so on, it felt like a soundtrack to days gone by with a mirrored reflection of today. Compared to the band’s first release, Zandstorm, I found Prisma more versatile, with even more of a post-rock, math and metal mix.

The first track, ‘Vlinders In De Winter’, translates from Dutch to English as ‘Butterflies in Winter’. I was told that this is a sad reference since butterflies die in winter. The track reflects that sadness and at the 2:37 mark hits home with its emotive tremolo picking. The track morphs into something heavier then goes back to something more introspective. It’s an epic track.

From heavy to introspective, ‘Elandstrand’, continues the story of Prisma with tinges of early Caspian influences. The instrumentation on this track is really lovely and is my second favourite track off the album.

The next three tracks, ‘Nekslag’, ‘Albatros’, ‘Dauwtrip’ are the heavier tracks of the album. Werner Roozen’s bassline on ‘Nekslag’ is infectious. Part way through the track, the band added part of Jimmy Carter’s 1979 speech, “Crisis of Confidence”. A statement to describe today’s state of affairs perhaps? (Sadly, that speech is even more relevant today than it was then, but I digress.)

The instrumentation on ‘Dauwtrip’ is pretty awesome. The drumming and guitar work are incredible as is the rumbling bassline. I love the changes throughout the track, with my most favourite change starting around the 5:05 mark. The three band members really shine on this track. A great way to end the album.

If I had to pick one track as my favourite I think it would have to be ‘Dauwtrip’. I love all the tracks off this album but this one really stood out for me. The album releases on October 19th via Bandcamp. 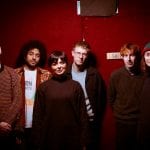