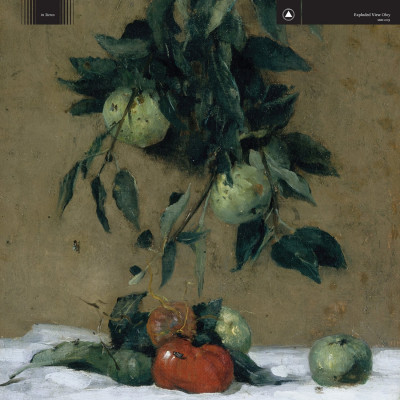 In a bit over a decade, Sacred Bones has become a label where there’s only one certainty – you will not be bored in your darkness. Or by the darkness of any of their artists – whether it is movie magicians like John Carpenter and David Lynch or dark folders like Amen Dunes and Marissa Nadler.

On the evidence of Obey, their third release (previously one album and one EP), Mexican/German trio combination Exploded View fit perfectly into that roster and musical concept, but still maintaining their personal musical path.

There’s a constant gentleness flying through the group’s constant, mostly electronic flow that is always on the border between pleasant dreams and nightmares, sometimes contrasting songs, like between the opener ‘Lullaby’ and the title song, and at other times within one song itself, like in ‘Gone Tomorrow’

Although previously Exploded View stuck by a live recording process, this time around, Mexican side of Hugo Quezada and Martin Thulin (instruments) and its Berlin side, Annika Henderson (vocals) decided to use all the capabilities Hugo and Martin’s studios in Mexico City offered going for a more intricate sound.

What we get is a modernized version of a darker 4AD sound that is at the same time lulling and frightening, with the latter feeling passing under, more as an undercurrent. While Exploded View’s sound draws on a few other sources, like the ideas of their “label mate” David Lynch, they still manage to create their own musical voice, as on the tracks like ‘Letting Go Of Childhood Dreams’.

Basically in the sound and the title itself of this track quite precisely present the concept Exploded View deal in – and that is exploring the subliminal in all of its aspects. With Obey, they seem to have done quite a good job of it.