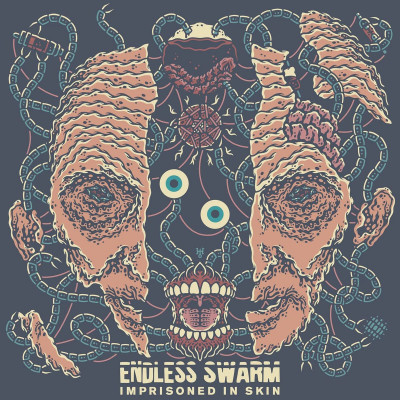 Imprisoned In Skin by Endless Swarm

Since the band’s formation, that has seen them put out two albums and compilations of material as well as several split releases with the likes of Gets Worse, Disparo and Forged, Edinburgh mob Endless Swarms melding of powerviolence and grind has resulted in a reputation for putting out ultra fast, violent and above all else, intense, music. Their latest album Imprisoned In Skin is no different and sees the band reach new levels of intensity as well as speed and heaviness.

From the opening notes of first track ‘Ether’, it is clear that this is going to be a satisfyingly harsh affair and Endless Swarm definitely do not disappoint on that front with the album flying by in a maelstrom of speedy riffs, intimidating vocals and rapid blastbeats that makes the band sound as harsh as they do.

Tracks like ‘Corrosive Matter’, Veins’, ‘Grief’ and ‘Role Reversal’ are full on powerviolence anthems, the way that the music is meant to sound and with the attitude and passion that goes with it and Endless Swarm demonstrate exactly how far their powerful sound has come with an impressive display of noise, power and well crafted, to the point tracks that certainly mean business in the most unhinged way possible.

The grind elements of the music of Endless Swarm are, of course, still in there but the vehement anger of powerviolence is what defines the band and this whole album is that personified although the bands music is far from being one dimensional.

To add a bit of variance, the discordant grooves that emerge in songs like ‘Interpolate’, ‘Maladaption’ and ‘P.T.M’ for example add a further air of menace and also that more diverse nature to proceedings and this all adds up to making Imprisoned In Skin the intense affair that it is and the whole album feels like a constant blow to your consciousness, in the most enjoyable way of course, such is its relentless nature.

The best powerviolence music has always been accompanied by a supremely intense vibe and Endless Swarm and this album have got it down to a tee, in fact you can feel the intensity surging through the albums nineteen tracks blast through and any fan of the genre is going to lap Imprisoned In Skin up for a very long time. 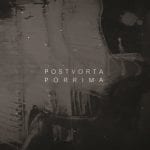 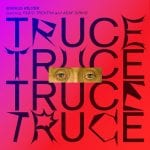 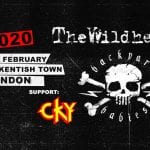