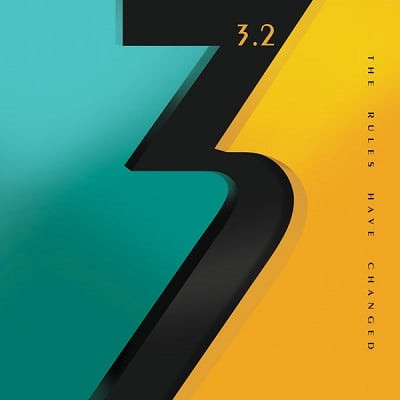 The Rules Have Changed by 3.2

3.2 is the reboot of the original 3 project of a collaboration between multi-instrumentalist Robert Berry, who worked with both Carl Palmer and Keith Emerson on the 1987 debut release, To The Power of Three released on the Geffen label. This year, Berry brings the 3 story in full circle with the new album, The Rules Have Changed.

The origins of the 3.2 project goes back in the fall of 2015. According to an interview Robert Berry did with Anil Prasad on Innerviews: Music Without Borders, Carl Palmer’s manager sent Berry an e-mail about a company that wanted to release a live concert that 3 did in Boston which was recorded 30 years ago entitled, Live Boston ’88.

When it was released on the RockBeat Records label on September 4, 2015, it was well received. Keith Emerson, who had a difficult time due to the fan criticism over 3, he called Berry up and talked about the good times that he, Berry, and Palmer did with the first album and were an incredible band during that time in the late ‘80s.

Keith decided that maybe it was time about doing 3 again. And it gave Berry and idea to open the door for another follow up on To The Power of Three. And so with the help of Frontiers Records, Berry and Emerson worked on the creative process for the new album. The duo had complete control and while Keith’s right hand wasn’t as it was, his left hand still had the energetic force.

What Keith would do is play some of the parts for Berry over the phone. And he would have some ideas as Berry also had some ideas also from unused material from a cassette that was recorded back in 1987. As Robert was working on the new 3 album during that time frame as preparing for Keith Emerson to come to Soundtek Studios to record some of the material, it never happened.

On March 11, 2016 Keith Emerson took his own life. Berry was devastated and just couldn’t believe what had happened. So the dreams for another 3 album, almost never happened. But Berry himself would never, ever give up. The original album title was going to be 1. But Robert knew he wasn’t crazy over that title, so the new title, The Rules Have Changed, fits well with 3.2.

When I was listening to 3.2’s new album, I wasn’t just surprised, but a little emotional and knowing that the spirit of Keith Emerson shines very brightly on here. Berry did something very special and honorable by making sure Emerson’s playing fills the puzzle pieces together. Now let’s get straight to some of the highlights that are on the album.

‘Somebody’s Watching’ has the sound effects of both camera’s shuttering and alarm clocks going off before Keith’s keyboards open the doors before he and Berry revisits the 1994 Marvel Animated Series of Iron Man that Keith composed for the first season. I loved how it ascends as Berry pours his heart and soul throughout his vocal arrangements as Keith’s fanfare-like keyboard opens the door for both War Machine and Iron Man battling the forces of evil against Mandarin followed by a little help from Spider-Woman.

But when I was listening to the track, it did bring back some memories of watching the TV series as a kid. And you can imagine that Julia Carpenter always wanted to be with Tony through the good and bad times. And I can imagine this song could’ve fitted into one of the episodes throughout the first season of the animated series.

The rising wonders of ‘Powerful Man’ goes from electronic, symphonic, to a rocking crunch-like pop twist with the AOR (Album Orientated-Rock) vibes. It deals on a man who has all the success in the world and how it influences them on their kids. And it also can be shown that while they may or may not imitate him, it can be proved that at times that their Dads can be the coolest thing on the planet.

When you listen to ‘Our Bond’, you can feel Robert’s pain over the loss of his friend. Both sung in English and in Italian near the end, Berry knows that Keith will always be with him. It expresses their friendship, gratitude, and collaborations they have together. It ends with an homage to the aspects of both The Nice and ELP from ‘America’, ‘Tarkus’, and bits of ‘Fanfare for the Common Man’ as the eruptive cannons explode at the right moment. On ‘What You’re Dreaming Now?’ you can feel the castle doors opening as the soldiers come home from the battlefield. The moogs and keyboards bring in the joy and wonder before Berry goes into some incredible Steve Perry-sque lyrical touches as it dives into the aspects of Rush’s Roll The Bones-era.

With heavy riffs, pounding drums, and exercising organs, the clashing booms near the end is Robert laying down the prog law and going a lot harder than you can ever expected. So far I have listened to The Rules Have Changed at least four times now. As I’ve mentioned before, Berry brings the 3.2 project in full circle. When Anil Prasad asked Berry on what does Faith mean to him. He replied, “It means spirituality. I believe in all kinds of possibilities. A life well lived means knowing who you are, considering how you act, ensuring what you give is positive, and having what remains when you’re gone be valuable. I want my mark on the world to be a positive one.” 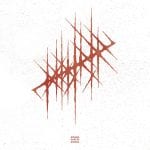