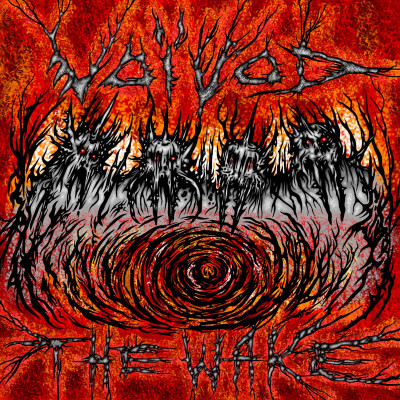 The Wake by Voivod

Voivod, like Pink Floyd, Bowie et al., are generally talked about in terms of eras. Not because they’ve been around for a bit (although they’ve been here since I feel I’ve been properly listening to music) but because their career thus far does lend itself to being discussed in chapters and any fan will have a particular block of records which will mean the most to them. Running through this course of punky thrash, gentle psychedelia and noisy prog is this beautifully pure vein of something that always was and always will be Voivod and nobody else. This is an essence that everyone strives for and so few manage over any period of time, and it’s a delight to report that with The Wake, the band as they are now have that same personality as they had 35 years ago, manifesting itself completely differently as usual.

All of this begs the question “which Voivod have we got this time?” and with The Wake it’s a strange mixture of everything that’s gone before plus more than a dash of forward momentum. This may well be their most all-encompassing album to date while still being ridiculously ahead of the curve, sitting well with their history and nature. The electronic throb that heralds opener ‘Obsolete Beings’ is reminiscent of albums of yore, and as soon as the rust-sharp riff begins and Denis “Snake” Bélanger’s generation-spanning and time-defying vocals kick in any Voivod fan from any point in their history will feel automatically  at home.

A lot of Voivod’s charm comes from the feeling that, whenever they do something, they never quite fit into the wider scheme of things, meaning that they not only sit apart from anyone who could be described as their peers but also ensuring that their sound is (and always has been) timeproof. There is the odd influence that bobs to the surface every now and then – the usual spirits of Venom and Motörhead inhabit the far reaches of their sound and signatures, and there is something about ‘The End of Dormancy’ that recalls the attitude of Angel Dust-era Faith no More. The main thing as always though is that Voivod’s prime influence is Voivod, something that emanates from all four members of the band whether they’ve been there from the start or from whenever they joined.

It’s hard to pick a favourite here. ‘Spherical Perspective’ leaps out by virtue of it being the most progressive piece on here, containing an astonishing turn from Snake in particular and a series of mood and time changes that outstrip most other contemporary band’s careers. It’s possibly the hardest track to pin down to any point in their varied history as it tends to sound like it all at once. ‘Sonic Mycelium’ lives up to its name; the very specific links to its own past are guaranteed to make hairs on arms stand on end and maybe even a tear to the eye. I suppose though that my favourite as I type this (changes are frequent) is the confusing joy of mission statement ‘Always Moving’ which suggests that, even after so much time, Voivod’s future is just as bright and chaotic as they have always promised.

This is a band I have grown up listening to, and I can’t be happier to be sat here still doing that. In a better world, Voivod would be a massive, global-dominating force. In the world we have, it’s more than enough that they are still here, both in form and in memory, waiting all the time to be embraced by those who know and lying in wait for the next person to discover them. The Wake is both perfect entry point and story progression, it will never not be a thrill to hear what they do now, then and next.