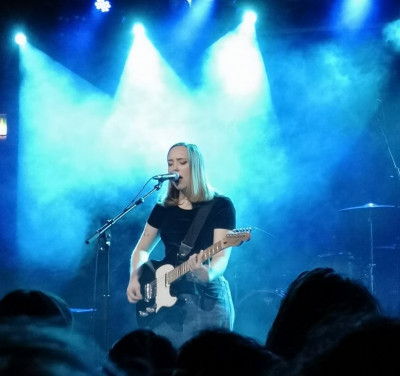 The list of melancholic indie acts that are currently swimming around is longer than my arm. Many of them get lost in the crowd, but every once in a while, a couple of gems will find their way to the front. Soccer Mommy and Brooke Bentham are two that have written music with more, making them stand head and toe above the sea.

Having performed a breathtaking set on the Rising Stage at last year’s Green Man festival, Brooke Bentham kept relatively quiet until dropping her latest single titled ‘Out of My Mind’ at the start of September. The track, which was produced by Bill Ryder-Jones and recorded in West Kirby near Liverpool, combines her familiar hauntingly emotional lyrics with distorted and driven instrumentation. It was released to coincide with the start of a very special tour across the UK and EU with Soccer Mommy. 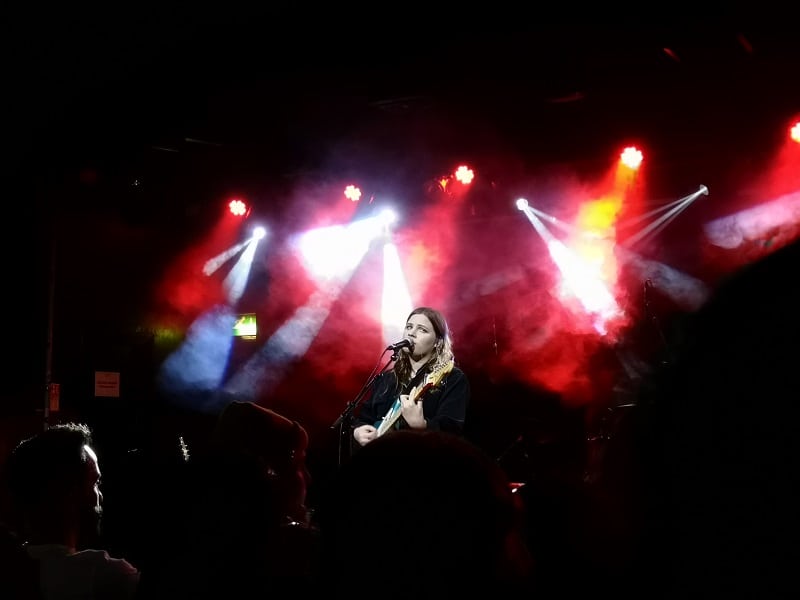 It’s not all that often that a support band provides the perfect opener, but Bentham’s performances have the ability to instantly capture and win over any person within earshot. Her stage presence is alluring, while her band are effortless as they accompany her subtle yet intricate guitar playing. There is a glue here; one that has been set like concrete to be solid through each and every song.

At one point during the Scala show, she was left alone on stage to fend for herself, playing a couple of stripped-back songs before the set closed with ‘Heavy and Ephemeral’. Bentham battled with a boisterous smoke machine, and while evidently distracted, she did not falter. Although she set the mood for the evening, I firmly believe Bentham will soon have support acts of her own as she continues to gain attention – and rightly so.

Half an hour later, and Sophie Allison steals a quick peek from behind the back-stage door, signalling her imminent arrival on stage with her band. Soccer Mommy opened the show with ‘Henry’ – the first track on Allison’s raw and rugged debut album For Young Hearts, which was released back in 2016. She has since moved on from her bedroom-recording techniques, as is evidenced by her latest release Clean – a more polished record, but one that still drips with a beautiful pain and rawness. 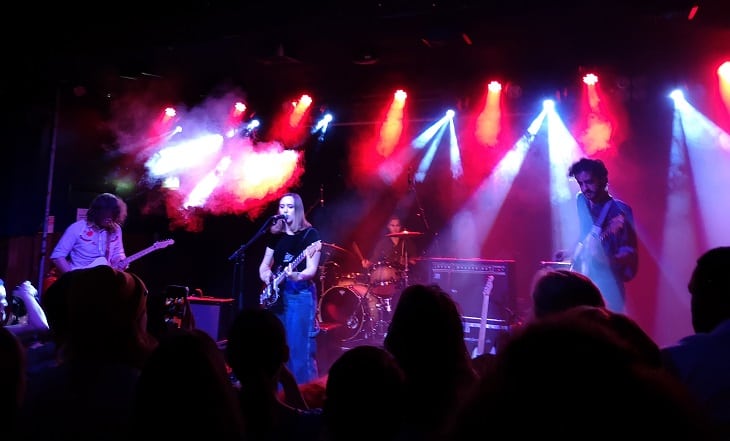 Allison is a natural leader. Positioned front and centre of the stage, she drove the direction of each song in terms of dynamics, melody and even structure. Her movements towards the drummer and guitarists seemingly acted as prompts, as if she was conducting a small orchestra. Yet there is no air of arrogance in her performance; rather, she uses her own presence as a tool to tease the best out of her fellow musicians, pushing energy into them and getting the most out of their obvious talent.

Certain songs from Clean, such as ‘Last Girl’ and ‘Scorpio Rising’, were executed with a vigour and spark that is rarely achieved with bands that are on extended tours. And Allison showed no sign of being tired or jaded, connecting with the crowd in a small break by voicing her genuine appreciation and love for those that were in attendance. She closed the evening with a solo encore, which included ‘Blossom (Wasting All My Time)’ and ‘Waiting for Cars’.

Concert-goers today are all too often speaking over music, or glued to smartphones, but this truly special performance drew the eyes, ears and hearts of every person in the room. You can listen to Bentham’s latest single and check out her future gig dates here, and can follow Soccer Mommy here.