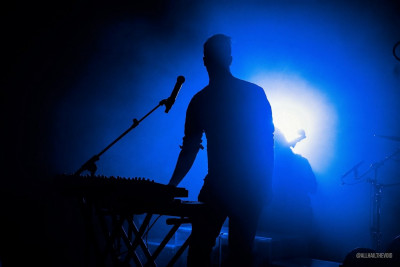 Good looking people, great hair, and wonderful, catchy music – Leprous, in that respect, epitomise the “Three Greats” of Scandinavia. On their latest release, Melania, Leprous took a route that was more influenced by pop and softer progressive music. It would be a surprise to see many songs off of Tall Poppy Syndrome feature in their set again. However, like many groups, they are evolving as much as they are maturing. Sitting in the same musical sphere, the Icelandic Agent Fresco are supporting Leprous on the latter’s tour of their latest album.

Agent Fresco’s set was a warm yet intoxicating affair. Their music has passages that counter each other perfectly. Where one song goes down a seemingly classic route, the next section will be an aggressive barrage of noise. Before you know it, there’s a happy-go-lucky guitar riff, before the mood is shifted seamlessly. 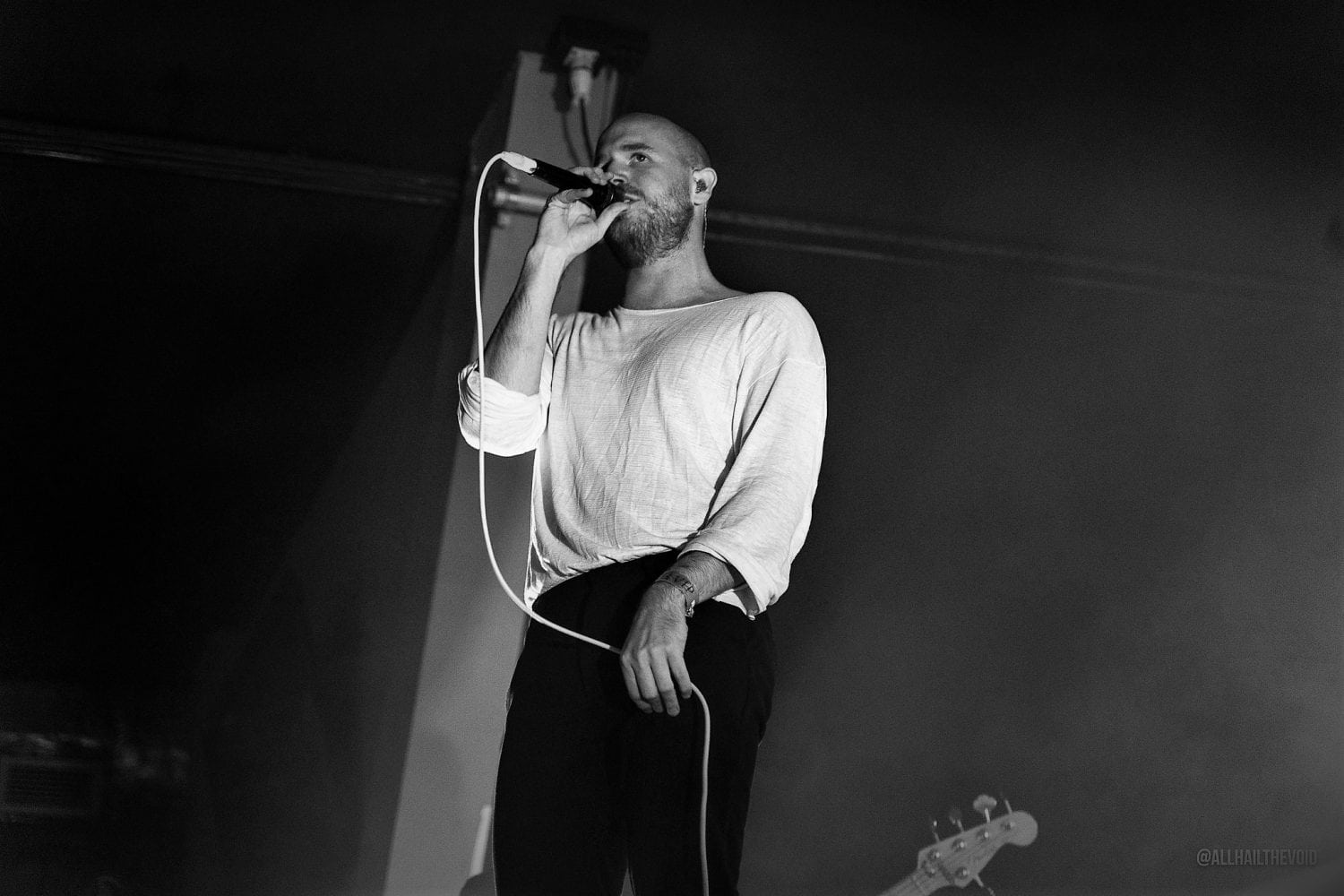 Arnor Dan, the band’s vocalist, came into the crowd towards the end of the set. He spent the majority of the songs hugging and high-fiving the audience before jumping on top of the merch stand. A simple trick, but this was more modest and grounded than when most singers jump in the pit. Hopefully, with a new album, Agent Fresco will be back touring a headline set, and Arnor can hug everyone again.

When Leprous began their set, they were nowhere to be seen. Instead, they had their, now regular, touring cellist, Raphael Weinroth-Browne. He performed a solo piece before opening into ‘Bonneville,’ upon which the rest of the band joined him. Moving from this song into ‘Leashes,’ it was interesting that the band chose two slower-paced songs to begin their set; however, this is indicative of their new approach. 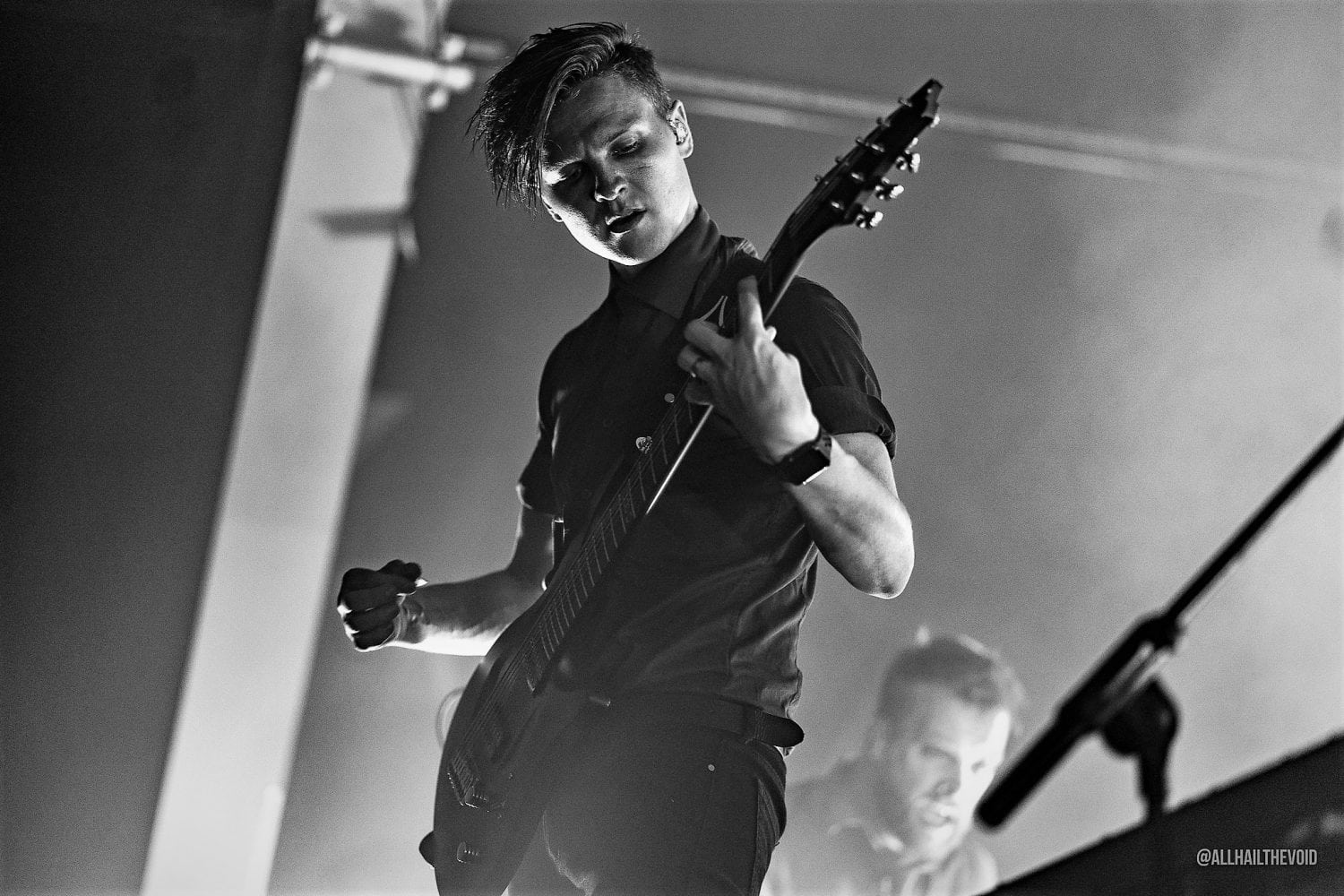 Leprous still played songs from their earlier catalogue. From a time preceding the classical instruments when thick synths were used more often, ‘Echo,’ off Coal, was played right before ‘Stuck’. One of the biggest moments in the early set was ‘Golden Prayers,’ the band’s latest single, and arguably one of their biggest choruses. It also helped liven up the pace ever so slightly.

‘Mirage,’ using a similar synthesiser to their early work, provided a welcome moment of head banging and gurning. It is one of the best songs they play live, owing to the balance between the instruments and the tone generally. The verse is exceptionally catchy, punctuated perfectly by Baard Kolstad’s percussion. The staccato in the chorus is a staple of Leprous and, as awkward as it is, the songs are more enjoyable because of it.

After ten songs, ‘The Price,’ ‘Acquired Taste’ and a cover of Massive Attack’s ‘Angel’ played towards the end, the band performed their encore. Playing a second song off Bilateral, ‘Restless’ changed the tone of the set entirely. It is somehow heavy, funky and jazzy all mixed into one. Hearing Einar Solberg sing weightier vocals was great to see, especially when the crowd joined along. 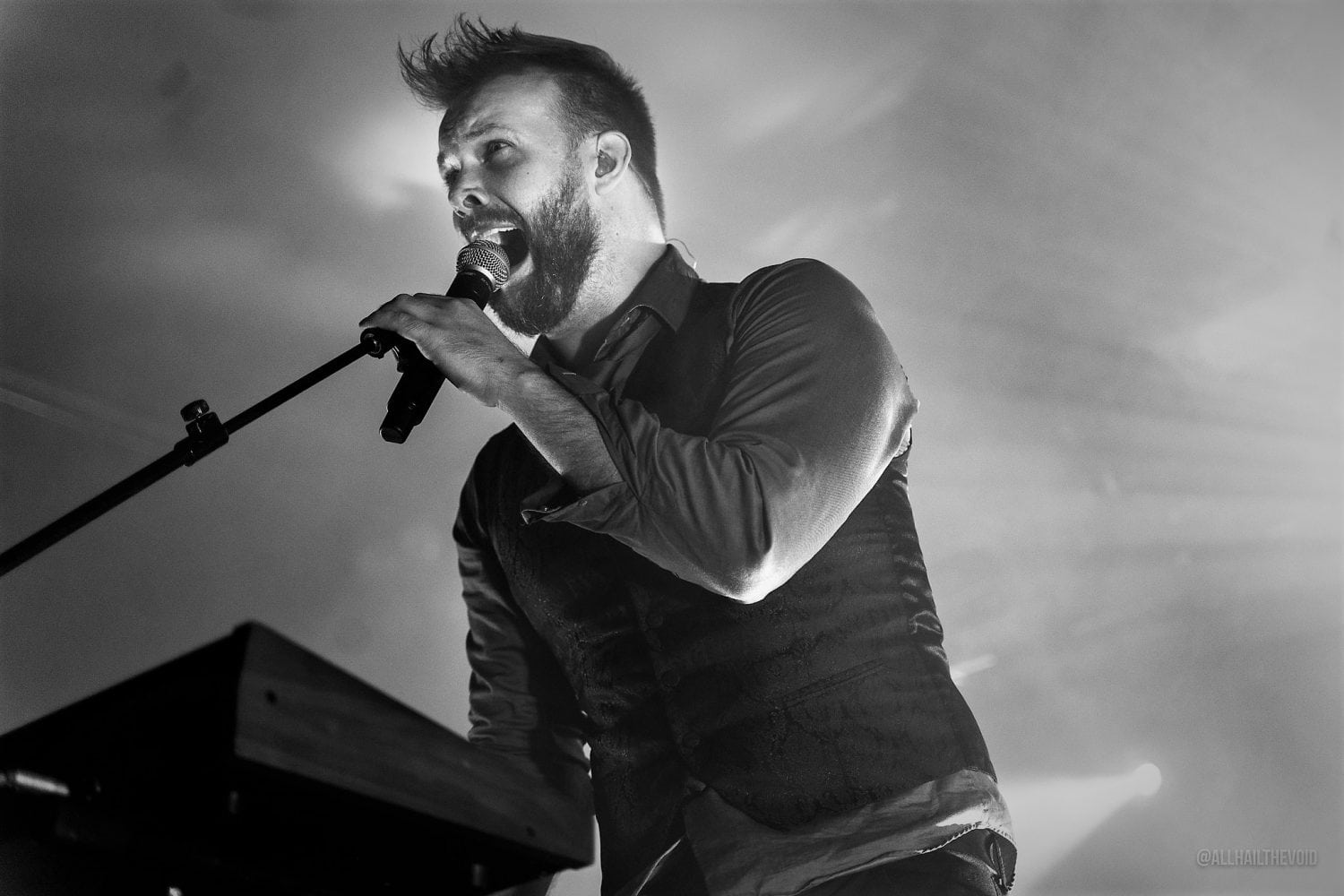 ‘Illuminate’ and ‘From the Flame’ closed the encore, before they returned with ‘Third Law’. There were no big mosh pits at this concert, but Leprous have, more generally, omitted the heavier songs from their catalogue. Whilst some may prefer this, Leprous demonstrate on their tours that they are capable of crafting and experimenting with a set-list to suit each performing environment.

Despite the tonal shifts in their music, they have an enviable ability to create choruses. It wouldn’t be a surprise to find out that members of the band are involved in pop music. Leprous are not identified by any genre, but by that talent, and what better talent to have when playing live? 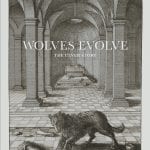