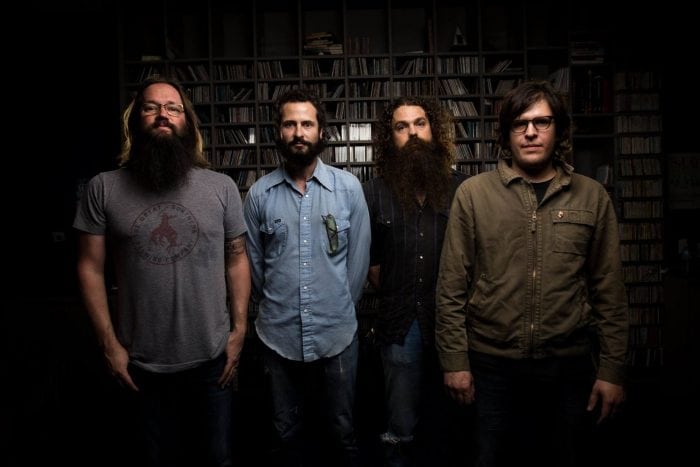 Lord Buffalo is a four piece mud-folk band from Austin, TX. They make their music together under cover of darkness and their songs are bricks with which to build a house slowly. They will not be rushed. They will not be quiet. They are the trees clapping, the rocks crying out, the whistle in your snore. Breathe it in, it likes you too.
​
Lord Buffalo formed out of a longtime music collaboration between Daniel Jesse Pruitt and& Garrett Jeffrey Hellman who started making simple folk-inspired records together in their home state of Oklahoma. Once the two arrived in Austin, TX in 2006 they formed the band the Hot Pentecostals, a whiskey-fueled rock and roll that produced a 7″ record on Clerestory AV before disbanding in favor of exploring new directions. The new path brought in new collaborators Patrick John Patterson on violin and Devin James Fry on drums. In 2012, this collective came together as Lord Buffalo. The band recorded their first EP, exploring the sounds of the great plains, an immense sea of land, steady, rhythmic, sublime.

Over the next several years, Lord Buffalo toured the south playing hundreds of shows, collaborating with Brockett Hamilton on piano and baritone, recording a Daytrotter session, releasing a 7″ record and two cassette releases. In 2016, the band added Yamal Said to drums as Devin Fry departed to focus on his project Name Sayers.

The ‘Axolotl’ video was influenced by Julio Cortázar’s short story of the same name and explores that other world just beyond waking vision or beneath the surface of the natural world. The video was shot and edited by Lord Buffalo’s guitarist Garrett Hellman, compiling footage that was often filmed during the downtime moments of tour. Much of the filming took place between the desertland of west Texas and the swamps of Louisiana, giving the 6-minute video an amphibian-like duality similar to the axolotl itself.