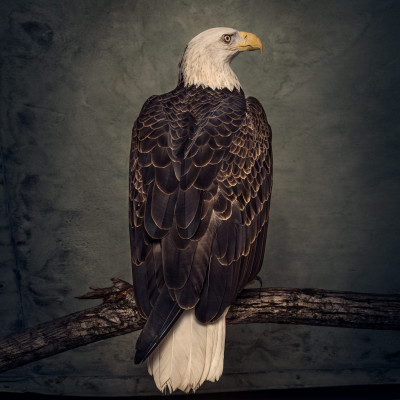 Book of Bad Decisions by Clutch

Clutch and the phrase ‘workhorse’ often go together. Indeed, for nearly three decades now, they have marched steady and watched trends and weaker bands fall by the wayside whilst they have soldiered on. The phrase, however, sells Clutch short. No other band has the singular vision to progress from balls-out hardcore, through stoner rock, and into more traditional blues, whilst retaining a sound that the listener can immediately identify as Clutch.

This is most likely down to the tightness of the band, a trait which has only increased as time goes on. Another big factor is Neil Fallon’s lyrical and vocal approach: part fiery pulpit preacher, part surrealist savant, and part classic, forlorn bluesman.

Listening to Book of Bad Decisions, the listener feels immediately at home. The opening track ‘Gimme the Keys’ is full of huge riffs, tight bass, and Jean-Paul Gaster’s tasteful and powerful playing. All these things are hallmarks of a Clutch song, but what might hit the seasoned Clutch listener is the crispness of production. The album sounds huge. As excellent as Psychic Warfare was (and it really was!) the production was lacking. Book of Bad Decisions has a production more akin to Earth Rocker or Blast Tyrant. Everything just blooms from the speakers and fills every corner of the room. Everything is mixed perfectly. The power of the instruments creating a symbiosis between themselves and Neil Fallon’s voice.

The lyrics on ‘Gimme the Keys’ also present us with new, yet familiar, scenes. Neil Fallon has always invoked a sepia tinged view of America and its history. Fallon sings about “Great Plains, hardcore scenes/May not be the biggest but, Lord, they’re mean” as well as great American figures with the line, “Stalked by the fury of John Brown’s eyes“.

Elsewhere, on ‘How To Shake Hands’, Fallon presents us with his surrealistic vision for the president of America: “First thing I’m gonna do is call for a ride on a UFO/put Jimi Hendrix on a twenty dollar bill/and Bill Hicks on a five note“. The tune is a great straight-ahead rocker of the type that Clutch perfected back on their self-titled album.

The album is relentless in the best possible way. There is no ‘White’s Ferry’ or ‘Gone Cold’ style songs mid-album to temporarily slow the pace. Though that approach works on other albums, their absence works well on Book of Bad Decisions.

There are few curveballs on this album. The horn section on ‘In Walks Barbarella’ is new territory for Clutch, but one that works within the context of the song. Everything else on the album is just Clutch proving why they are a singular force in rock/metal/blues.

The album never tapers off, not even near the end of its fifteen songs length. Track fourteen, ‘Paper & Strife’ is excellently upbeat, with characteristic Fallon lyrics, before the last track ‘Lorelei’ finally brings the pace down in order to close the album off perfectly.

There is no such thing as a bad Clutch album, but Book of Bad Decisions is easily one of their greatest efforts.