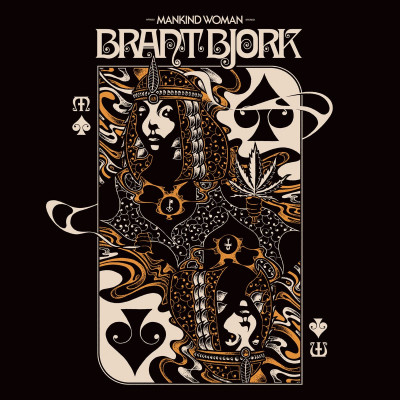 Kyuss and Fu Manchu alumni Brant Bjork may not have had the commercial success of his former band mates Josh Home and Nick Oliveri, but he has been very prolific and consistent in his own right, this being his thirteenth album in under 20 years. This time he has been with writing with Bubba Dupree (a bandmate from the Low Desert Punk Band) to create this latest 11 track offering, his first record for Heavy Psych Sounds.

Alongside Dupree, Bjork has brought in a few guests to add their own touch to the record, with the aforementioned Oliveri and Armand Secco Sabal helping out on bass with Sean Wheeler adding vocals to a couple of tracks. From the opening moments of ‘Chocolatize’, you are whisked back through time into a hazy 70’s vibe that is less in your face than other recent releases, but still has a lyrical edge to it that looks into the modern world and all of the inequity that exists around us. That said it doesn’t become too political and lose its calm laid back vibe, more like it just wants everything else in the world to be as cool and laid back as this record is.

One of the best things about this album is the brevity of it. It is a great collection of songs, but it’s just the perfect length for you to want more when it’s finished. Some of the songs have their own sections in them that could go off on any number of tangents, but this is probably one of the most contained records he has worked on. Everything kept short and sweet and hints at a new era for Brant with a new label behind him and a slightly different approach to writing. There is still some edge coming through in the likes of ‘Swagger and Sway’ and the closer ‘Nation of Indica’, which starts of reminiscent of classic Black Sabbath before it calms down while Wheeler’s lead vocals give a contrast to the chilled background vibe. The closing track is a great way to go out with the track building and easing throughout the near five minute running time.

As usual, Brant has produced an album that further cements his legacy as a desert rock icon (in the unlikely event that anymore proof is needed), and sees him play around with few different ideas. The production adds an authenticity that few other desert / stoner / southern rock influences bands ever truly achieve. It’s another excellent addition to a massively impressive body of work. The songs have a simplicity that makes the instantly accessible on first listen and reveals more depth on further listens. An album to sit back and let it work its way into your soul.