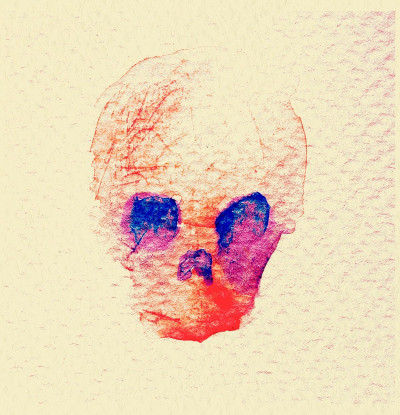 ATW by All Them Witches

Alarm bells tend to ring when you hear that a band is looking to confound expectations. As warning signs go, it is up there with “heading in a new direction”. More often than not it means Road to Ruin, or Diablos in Musica. It means Loutallica.*

Thankfully the only expectations All Them Witches wanted to burn were ones of big-name producers, and mellotrons that were a hallmark of their sprawling and brilliant fourth album Sleeping Through the War.

For this self-titled album, they went back to basics. Or more accurately, back to the methods used in 2016’s phenomenal Dying Surfer Meets His Maker: renting a cabin for a few days for a jam, then playing until those jams became parts of songs, then putting them together and recording them for our listening pleasure.

And it worked, for most of it – except for the first song, ‘Fishbelly 86 Onions’, which was met with, let’s say, a mixed reaction on release in the summer. It is evidence that even All Them Witches can write a bad song, if writing is the right word to use. It sounds as if the band were jamming, got stuck on a dunder-headed boogie riff and Charles Michael Parks Jr, the vocalist, shouted whatever came into his head. It is best skipped.

Because what follows is ‘Workhorse’ in which Ben McLeod’s slide guitar is shuffled along by the tap-tap-tap-tap of drumsticks on all bits of the kit except the skins. I saw Roy Haynes, the evergreen jazz drummer, do the same thing long ago and hold the audience in raptures, so All Them Witches are in good company.

We’re back to Our-Mother-Electricity-style rawness in the third song, ‘1st v 2nd’, which has the greatest couple of minutes on the whole album at the end. The bulk of the song is a psychedelic stoner stomp, but suddenly the band drop the pace and Parks Jr gets to enjoy a huge, fuzzed-out riff that forces the listener to nod involuntarily.

You get a sense of road fatigue in this album – after all, Sleeping Through the War propelled them into longer tours and bigger shows, so it is probably a natural reaction for the band to dial things back a little on this one. And this is evident in ‘Diamond’, a slinky brooding song which shimmers in places but largely stays in a dark corner. You can also hear a weariness in ‘Harvest Feast’, which is pure blues. In fact on first listening, it made me think of ATW’s fellow Texans ZZ Top, and their out-of-character ‘Blue Jean Blues’.

But amid the tiredness, All Them Witches seem still up for putting on a show, if the build-up from single-note prison blues to widescreen rapture in ‘HTJC’ s anything to go on. It is aided by the new keyboard player Jonathan Draper’s astronautical sounds.

The album is rounded off by ‘Rob’s Dream’ which is aptly named, as it is a woozy lava-lamp of a song, with spikes of riffery to keep you from drifting off before an extended jam where everyone gets to let loose on their instruments.

And at the end, you get the feeling that the band haven’t confounded expectations at all. If they had followed the ‘super-hot producer’ path they had started on with Sleeping Through the War, we may have been stuck with an over-produced, self-indulgent mess with, I don’t know, horns or – shudder – a choir and string section. Nope, this is an ideal follow-up. Without sounding too glib, this is exactly the sort of album we would expect from All Them Witches – and that is a good thing.

*The ‘guitar solo’ Ramones album, Slayer’s nu-metal abomination and Lulu, the dreadful collaboration between Lou Reed and Metallica. All low points in each artist’s history.