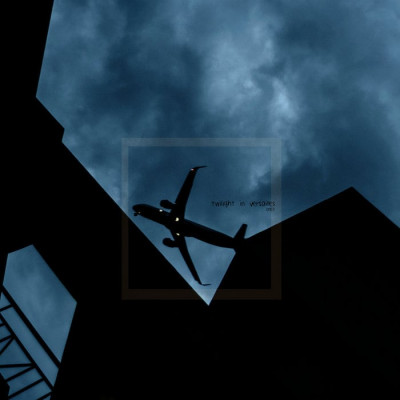 once by Twilight in Versailles

Ryan Moser of Twilight in Versailles just released a new album entitled, once. Moser has yet again created a complex and beautiful listening experience with this album. Compared to most of his previous releases, this album was less ambient and more on the mathy side of the post-rock/experimental spectrum. He is definitely a master at both. Incredibly, all songs were produced, engineered and performed by Moser. In terms of composition, ‘Desolate Horizon’ and ‘Consolidated’ were composed by Moser. However, the remaining tracks on the album were composed just over 10 years ago by himself, Bram Kaprow, Chase Winniford and Kris Wynne. The album was mastered by his friend, Jason Downer.

The reoccurring word that kept popping up in my notes while listening to the album was ‘changes’. Mighty fine and incredible changes in each of the tracks. Other words I used in conjunction with changes were ‘creative’, ‘great’, ‘what a change!’. I could go on but I think you get the idea. I’d also like to point out the date in which the album was released: 81818. On its own, the date is interesting because of the reoccurrence of the number 8. However, if you look back at previous releases, you will find a similar pattern. The album Yesterday Today Tomorrow Infinity was released on 61616. The album Forgotten Future was released on 51515 and so on. The attention to detail on this and all of Moser’s releases is what draws me into his music, with each listen I learn, hear and feel something new.

On some of the tracks, I loved the added reverb. It just accentuated the feel, especially on the track, ‘Northside’ where it was added to the drums. Another aspect I loved about the album was the counterpoint style used. It’s what made the album complex and truly a unique listening experience.

A few of the tracks that really stood out for me are ‘Northside’, ‘Out Came a Rabbit’ and ‘Memories of You’. In ‘Northside’, I loved the steady beat and guitar work. As mentioned before, I also loved the extra reverb added to the cymbals starting at the 2:56 mark. The added reverb really stood out for me. I thought it added a totally different element and made it a moodier and more introspective track. In ‘Out Came a Rabbit’, I loved the classical tone, the crazy good changes and oh that bass!! Watch out for the up and down slides in the track, it adds a touch of whimsy.

The track, ‘Memories of You’, was quite different from the other tracks. For most of the track, it was similar in style to the rest of the album but what started out as a mathy slowly developed into something more psychedelic and distorted three quarters in. A surprising heavy end to an incredible journey.

This album just oozes creativity, from its beautiful cover art to the music showcased inside of it. A great listen anytime, both with or without headphones.