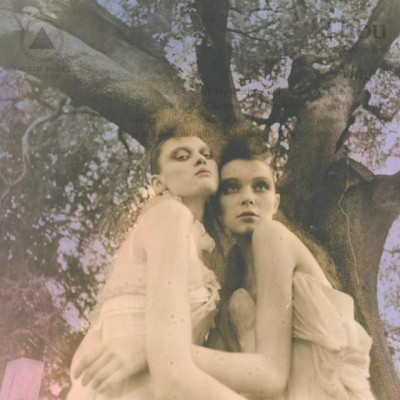 Well, we knew they must have been up to something.

Thou have been a reliably prolific band for the entirety of their 13 year run so far, so when everything went quiet after their 2014 album Heathen there could be only one of two explanations: that they’d gone and broken up or that they were planning something big. By all accounts the truth is that it was a little of both – whilst they never actually disbanded their members did scatter around the US, with Andy Gibbs and Mitch Wells moving to California from their native Louisiana, making the continuation of the Thou project a much more logistically difficult proposition. But despite that handicap they were also building up to what has turned out to be The Year of Thou – with 3 diverse and surprising EP releases culminating in Magus, their 70-odd minute masterwork, 2018 is undoubtedly theirs.

Given the release order it’s tempting to see the three EPs as a build up to Magus. Stylistically they’re all a way out from their usual sludge/doom wheelhouse – The House Primordial dragged their formidable sludge into dronier, murkier territory, Inconsolable broke their sound down into ominous and weary Americana with a range of vocalists taking Bryan Funck’s place, and Rhea Sylvia brought their grunge influences (previously explored on a handful of excellent Nirvana and Alice in Chains covers) to the fore, loaded with hooks and melodic flourishes that make them sound like Alice in Chains might if Layne Stayley had been replaced with an actual bridge troll. All these elements appear over the course of Magus, but in truth they were recorded in reverse order, so it’s more like the EPs act as an autopsy of the album, its constituent parts laid bare and bleeding on the slab. It’s like they had to experiment after the fact to find out quite what it was that made Magus such a brilliant evolution of what they’ve done before.

Which is nice as – they pretty much do the job of the reviewer for me. It’s tempting to just write, “Magus is the culmination of the traditional Thou sound with the elements explored in the EPs and is really damn good,” turn off the PC, lie back and listen to it again. But that would be somewhat unprofessional, so let’s dig a little deeper. The core of what makes Thou so formidable hasn’t changed at all; they’re still playing in that sludge metal ballpark occupied by Crowbar/Eyehategod/Iron Monkey et al. – though in fact they actually formed as a reaction to bands such as those, determined to act as proof positive that such music could be performed without the need for the substances that plagued those bands’ careers and led to many a shambolic live performance. Instead they’ve always come at doom from a punk angle, often sounding like a hardcore band playing at the wrong speed with a singer who’s auditioning for ‘Exorcist – The Musical.’ Their punk credentials are impeccable too: their DIY ethos has seen all their releases up to Heathen posted on the internet for free for anyone who wants them, their lyrics and t-shirt slogans are as filled with anti-misogyny and gender-fluid positivity as they are with doomy misanthropy, and they’ve worked with a litany of labels over the years, preferring to choose whoever matches their values and sensibilities over any notions of increased exposure or growing an audience. In doing so they’ve never giving up control of their direction.

Sacred Bones are the label they’ve chosen this time around, a move which does potentially open them up to a wider potential listenership after all. Whether that was something they considered, and whether it’s a coincidence that this is the moment that they’ve ascended to another level, is up for debate. But when it comes to hitting play on the record itself it’s neither here nor there – Magus is a perfect distillation of that core sound along with the foregrounding of their less genre-appropriate elements in a way that sounds perfectly natural. There’s nothing here they haven’t hinted at in the past: as far back as Peasant you could hear their knack for melancholic details, for deceptively melodic grinding riffs and eerie moments of beauty amidst the darkness. These elements are merely taken further and employed more assuredly than before. ‘Sovereign Self’ sees the brief appearance of their most starkly melodic intro yet, a sound explored further on interlude ‘Divine Will’ (and further still on the Inconsolable EP). The melodic guitar hooks that accentuate ‘In the Kingdom of Meaning’ otherwise harrowing, inescapable heaviness, acting as the proverbial crack that lets the light in along with the decidedly Seattle influenced guest female vocals, add deeper nuance than anything on their never-less-than-excellent earlier records. They even manage to fit in a straight faced soaring guitar solo on ‘Elimination Rhetoric’, along with some textural acoustic guitar that complements the grinding distortion surprisingly well.

It’s not a sound you might expect on a Thou record but the most shocking thing is how unsurprising it sounds when it lands. All their talk of being influenced by grunge is not just hot air – they manage to achieve the feat Soundgarden and Alice in Chains performed nearly 30 years ago in dragging heavy rock away from the overblown excesses of the 70s and early 80s, grounding it in something personal and meaningful, without draining it of its raw power. And even more impressively they’ve done it while being 10 times heavier and with full tilt black metal vocals too.

Funck prefers to think of Thou as a melancholy band than an angry band (a bold claim for a man who wrote a song named, ‘The Severed Genitals of Every Rapist Hang Bleeding From These Trees’), but while there’s plenty of rage and sorrow coursing through Magus‘ veins the overarching theme feels somehow more positive than that. Maybe it’s the relatively bright mix and production on display but there are even hints of a concept completely anathema to the nihilism and misanthropy inherent in doom and sludge: Hope. “We have sung our anthems of pain/We refuse to exist in our despair/We will find inner sanctum/And so we shall prevail.” Funck sings on ‘In the Kingdom of Meaning.’ Given their mischievous Twitter game, their tongue in cheek t-shirts and their willingness to throw their music out to the Internet wolves for free, it’s always been easy to mistake Thou as a band with a real deficiency of available fucks to hand out. Listening to Magus dispels this illusion. There’s a certain irony in them showing the heart on their sleeve while taking inspiration from a grunge, a genre associated with Gen X care-for-nothing slackers, but with Magus Thou sound like a band swinging for the fences. Caring may never be cool but it’s fair to say with the world as it is it’s pretty fucking necessary right now, something Thou seem acutely aware of.

And if that sounds like some bullshit a critic cooked up to find a hook he could hang a review on, well, at least we have the riffs. And at least trust me when I tell you that god damn the riffs are good.