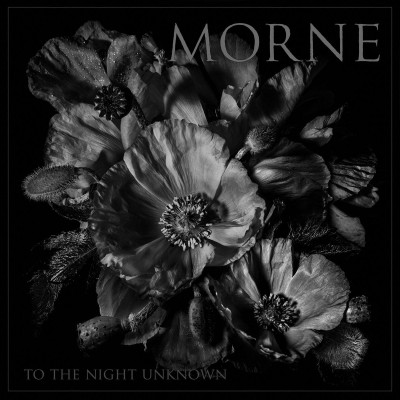 To The Night Unknown by Morne

I am a little short-sighted and I like running at night. While this may sound like the worst Tinder profile ever, it is actually true. And the combination sometimes makes for spooky encounters.

Like the time I was running down a deserted country road on an icy winter’s night and I saw in the distance what looked like a morbidly obese Victorian woman, her scowl hidden in the shadow of the watery street light above her. Her smock was plain to see, however, as was the large wooden club – for tenderising meat? – that she held in her hand. But then I got closer and saw that it was someone’s rubbish bin overflowing with plastic bags, rather than a 150-year-old ghost of a revengeful maid.

I had a similar feeling the first time I listened to this album, by the Boston quartet Morne. The gargantuan riffs, the cavernous drums, the ominous tone of the guitar and bass – not to mention the dry rasp of the vocals – made my hair stand on end. On the scale of heaviosity, the opening bars of the title track, which begins the album, are way past brooding, miles on from sullen, beyond malevolent and on the border of bloody terrifying.

Then I pulled myself together and told myself it is only rock ‘n’ roll – hey, the same sort of instruments Morne use also made The Beatles’ ‘I Want To Hold Your Hand’. And just like passenger on a super-scary ghost train, I revelled in the thrill of this petrifying din.

If, like me, you haven’t heard from this band before – they have been going since 2005 and have three previous albums – then let me tell you, that a large part of their ability to make music to scare people lies in the fact that they are worshippers of the riff. Relentlessly so. And from a cursory listen to their previous works, this album sounds like they have immersed themselves even more in the slow, thick area of riffery than they had done before.

But amid the bludgeoning repetition (this is meant as a compliment, by the way) there are segments of wide-eyed, atmospheric bursts, complete with major-chord progressions and everything. Like in the lovely end section of the 12-minute beast that is ‘Not Our Flame’, which ditches the double-kick pummelling for a shuffle accompanied by a majestic riff which feels like a stone door being removed from a cave entrance, letting in sunlight – with a guitar solo for a little texture.

Or the chorus in ‘Night Awaits the Dawn’, which comes close to an earworm – in a doomy kind of way, anyway. It should be the final track on the album, such is its feeling of redemption towards the end with the excellent ascending riffs.

But don’t worry: there is more than enough bleakness in here to satisfy the grumpiest vampire. ‘Scorn’ and ‘Show Your Wounds’ form the centre of the album and man, they are dark. The former has an awesome palm-muted riff, while the latter exudes despair (again, this is meant in a good way).

If there is one criticism to make it is that the album is one or two songs too long. This music is just too big to take in over an hour’s worth of riffs. ‘Shadowed Road’ could have been axed from the record and the work as a whole wouldn’t have suffered.

But aside from that, it is surprisingly and satisfyingly scary. Not in a death-metal, gore-and-horror kind of way, but in a way far more nightmare inducing. Like spying a blurry Victorian figure wielding a club on a dark country road, for instance. 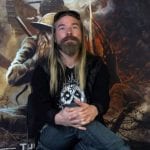