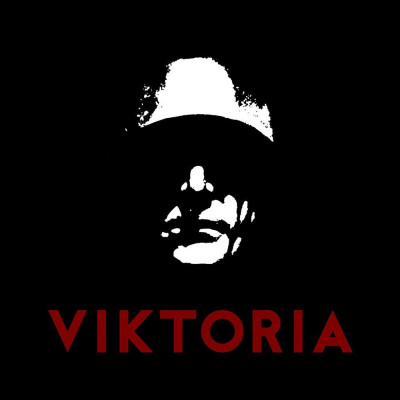 Well, Marduk came out charging with a different and very toned-down salvo this album cycle in the black ‘n rollin’ shape of ‘Werwolf’, which threw some fans including myself. A decent if odd opener as it is I don’t think I’m quite ready yet for Marduk to go all “Darkthrone” on me seeing as they are still some of black metal’s best blast masters.

Thankfully Marduk’s new release Viktoria isn’t anything too experimental or down the rollin’ path but still a well-oiled machine. The war fetishising Swedes return to the front three years after previous effort Frontschwein hit the shelves with an album very much Marduk through and through. But is that a problem?

Not at all, but… the thing about Marduk is what they’re doing on this album is very much what they’ve done for the previous few. It’s not that the blastbeats are too intense, in fact the music is a little diluted compared to say vocal demon Mortuus’ other project Funeral Mist, it’s more the fact that songs become indistinguishable from others on previous releases with nothing too distinguishably different to make an impact. The same flow of riffage and the same pattern of blasts. It does get samey, an accusation thrown Marduk’s way on occassion. Funeral Mist’s Hekatomb is more an album I would expect Marduk to make this day and age and going back ten years the fuller sounds and variation of the excellent Rom 5:12 for example would be a more satisfying listen. That’s really where the criticism ends.

Viktoria is Marduk’s shortest album since Panzer Division Marduk, clocking in at just about 33 minutes. Thematically it is a continuation of the excellent Frontschwein, but in an altered musical vein. Colder, harder, more old-school, its concise speedy tracks and minimalistic cover reflect this stripped-down approach. Marduk have never been ashamed to do what they do or to stick with what works… and Viktoria works, as a stripped-back concept album, but perhaps not as progression. Marduk seem very clear in this fact, but given this it may be a grower to some fans.

On the first spin Viktoria seems a little lacklustre and does initially seem like a step back. Another couple of listens is what it takes to fully absorb its music and appreciate it as a thoroughly decent album, perhaps not on par with classics such as Plague Angel or Wormwood, but I have a feeling Viktoria will stand just fine on its own. With instant classics like ‘June 44’ and the beautifully named ‘Equestrian Bloodlust’ in their barrel Marduk and their new release are definitely not short of firepower

The battle-centric ‘Narva’ zips by with bomb blasts and epic riffing, though the deeper notes of the chorus hit home more. The title track is a more plodding number bookended by aggressive frenetic blast sections. The undeniably awesome cries of “VIK-TOR-IA” are the true highlight. ‘The Devil’s Song’ marks the albums strongest song, kicking off with simple tremolos after the gravelly run of a soldier and the discharge of his weapon. The melodic tuneful riff of the chorus is something I’d like to hear Marduk do a lot more of in the future.

Marduk fans will be pleased with Viktoria. It’s not doing anything less than what fans are used to, yet it’s not doing too much more, which is where criticism will appear, but if anyone can unleash all-out war on words it’s the almighty Marduk. A few spins of this bad boy and Viktoria will be your battle hymn for the day.