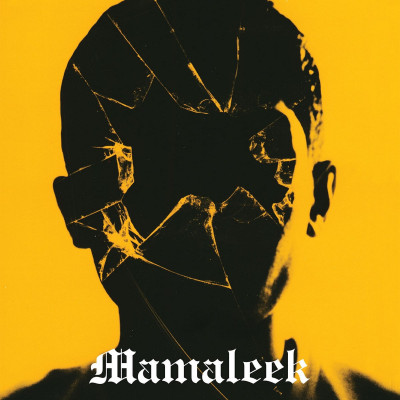 Out of Time by Mamaleek

The album is titled Out of Time. “Out of Mind” would be a more appropriate title. There isn’t much music out there that better depicts the sense of loss, depravity, degradation, despair, and destitution, the way this album does. Remember Mr. Bungle? Remember that confusion the music instilled? You were never sure whether you should laugh, cry or just stick knives in your eyes and get it all over. That’s what this album has.

But first, a little history. Mamaleek is mostly known as an experimental black metal band, with heavy emphasis on the “experimental” and the “black”. Their label The Flenser is home to much great west coast metal. The band was responsible for some of the most ear-shatteringly intense metal I’ve heard. But that was then. This is now.

Now Mamaleek is essentially a death/sludge hip/hop/jazz band. And that actually makes much more sense than it would otherwise seem. There is a limit to emotional conveyance with metal. It, almost by definition misses the intimate moments of rest and downtime between fits of rage. And those moments, those breaks, literal breaks, tell truer story all the whirlwinds. So, that’s where the band now sits. Despair-hop. Acid face jazz.

Is it good, though? It’s fucking mental. It’s amazing. It’s absolutely horrible. It’s barely listenable at times and yet you can’t turn it off. The music is perfect. Like broken glass is perfect. And that’s a good analogy for the album in that the songs seem a bit like shards of a broken mind, at times highly focused and coherent, other times fleeting, changing, nonsensical and terrifying.

At the end of the day, this is one of those albums that is better listened to than described in word. There is so much going on here, so many styles infused, so many crosscurrents and contradictions. At times the music feels middle-eastern, other times west coast lo-fi, other times 80’s pop, other times mathrock…I could go on.