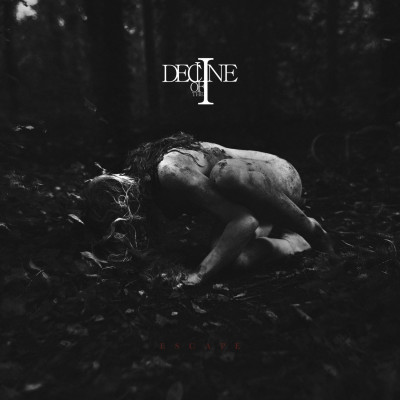 Escape by Decline Of The I

“Could you describe to us your ailments and your symptoms?”

Thus begins the third album, Escape, by France’s Decline Of The I, which thematically is all about escaping to the within – away from the world towards madness, suicide, technology or spirituality. Spoken words like those quoted above are used to great effect throughout, and the reply is chilling: “I feel and hear things that are not real. It tells me to hurt you, it tells me to hit you, it wants me to cut you.” This is an album about the psychoses induced by life, and its resultant effects. The musical style provides the perfect backdrop to this haunting exploration of the psyche, Decline Of The I playing a muscular “post-black metal” (their own words) which straddles a range of sounds and influences. The punchy groove of first track ‘Disruption’ exemplifies their sound perfectly: it is at times frenetic, melodic, brutal, catchy, tense and groove-laden – yet still manages to sound like a coherent whole.

Decline Of The I is led by a multi-instrumentalist, A (all members are identified by letters), who provides vocals (though not exclusively), guitars and bass parts, and who is also keyboardist and programmer. The willingness of the band to escape the trio of guitar/bass/drums is seen throughout the album, with the plethora of sampled voice tracks, an almost spacey synth line on ‘Organless body’ and an audacious drum machine that arises surprisingly on ‘Negentropy (Fertility sovereign)’.

Second track ‘Enslaved by existence’ starts with lines spoken in French followed by an eruption into tremelloed magnificence that reminded me a little of Cradle of Filth in its theatrical scale. This is added to with a filthy, rasping vocal that builds with the crescendo of guitars. The track changes pace momentarily with a doomy bass line overlain by glitchy sampled voices that add a truly creepy vibe. The band’s ability to counterpoise melody with brutality is showcased again on third track ‘Organless body’, which pits blast beats against an underpinning melodic guitar line all the way through.

One slight criticism would be the gaps between songs. When we’re used to tracks melding one into the other, or at least only having a second or two’s pause, Escape has gaps of 10 seconds or more between songs. There’s nothing wrong with giving a track ‘space’ before crashing into the next one, but once or twice I found myself wondering if my music player’s battery was flat.

The album ends with the ‘Je pense donc je fuis’ (‘I think therefore I am’ – summing up the work’s theme in one song title). This track condenses the band’s sound into an epic 13 minutes. In sum, Escape is exactly what progressive metal should be – open-minded, fearless, genre-expanding. There’s a lot to love about this album, with its groove, heaviness and not to mention a delicious darkness that stays with you after the final track. 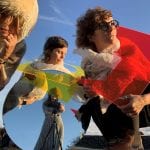