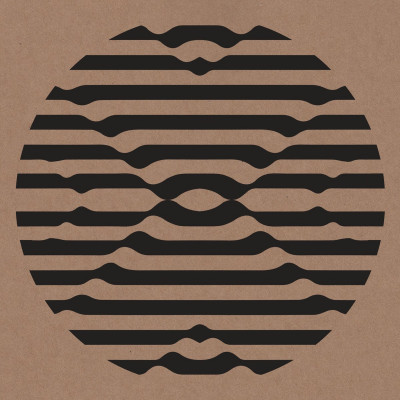 Hailing from Thessaloniki, Greece, Alien Mustangs have slowly been building something of a reputation on the psych circuit for their incendiary shows, and limited releases. It’s been a bit of a wait before they have got around to recording their debut long player, Alienation, though, and now it’s here we can finally get to hear their intense, swirling psychedelia in all its glory, in our very own front rooms.

Their particular brand of psych is nothing new, and heavily indebted to the sounds of Loop and Spacemen 3, but for all its obvious influences, there is a hungry charm to it that sucks you in. Avoiding the Spacemen 3 (and new-psych) bandwagon by a few years now, they actually sound excitingly fresh, with this urgency no doubt helped by their relative displacement from anything resembling a scene. It is often with bands like these, that you hear something new through an old sound.

The album itself is a bit of a slow-burner at first, as the opening songs take a laconic crawl through a bass driven slumber. Building a wall of drone-like noise from a relative lightness of touch, it’s the dark ambience that is set in place on ‘Follow Me’, or the morbid detachment of ‘Forest’ which may bear echoes of their past fore-bearers but pay tribute to a band unafraid to take their own approach to the album. They could have played it easy and started with one of the later explosive stompers. Instead, they build up to the moment through a series of gradually expansive songs.

The first clues of this are on ‘Going Nowhere’ which uses a throbbing bass line to pull the song onwards. Its repetitive riff plays on a song which teasingly sounds like it’s going to explode in early Verve like fury, yet always keeps its stature through an almost casual indifference. It’s this languishing feeling which pulls you ever closer before, in fact, they do rev it up a notch into what suddenly becomes a full-on space rock explosion.

As the album progresses, the music gets progressively heavier. The wall of drone sound that builds up rattles through your brain, as ‘Holy Motors’ takes flight. Recorded on analogue equipment, there is a warmth to the album, but also an intensely personal live feeling, as if you are in the room with them. They create a sound which wraps itself around you as the drone causes buzzing sensations in the air. When the guitar floats up, out of the ether, it’s a moment of beautiful clarity which causes the vocals to expand in echoing glory.

There’s no let up when ‘LSD’ kicks in and that slow trip that Alien Mustangs have been unravelling peaks in seven or so minutes of pure blissed out release. It’s the classic four to the floor psych stomper which builds ever upwards into a swirling cacophony of noise. Think Spacemen 3 mixed with Loop, but played by young upstarts with a due respect, but also an urge to do things their own way and you have this epic tune. It’s derivative, but you don’t really care when that sound is thrashing around your head.

It’s almost too obvious that they would finish on a slow song but ‘Sleep’ really is a perfect end to what has been a rather enjoyable album. If you are looking for something new from this band then you may be disappointed, but if your idea of manna is the aforementioned influences then these may well be your new favourite band. Most exciting, aside from the excellent music, is that they truly sound like they have much more in them to really surprise in the coming years. In the end that is all you can ask from a debut album, some great tunes, and a promise of something special unfolding. We will keep a psychedelic eye on these guys.