A miserable Sunday night in Liverpool saw the Urban Voodoo Machine bring their eclectic and vibrant Bourbon Soaked Gypsy Blues Bop ‘n’ Stroll to the Zanzibar to brighten up the mood for a warm and welcoming crowd of loyal fans and new followers.

The band are celebrating their fifteenth anniversary and have released a collection of all of their singles to accompany this tour, where they are playing each of the 15 tracks off that album to their appreciative fans. A few of the band were out and about having a few pre-show drinks but shortly before there set started they disappeared and the lights went down.

Soon they were on their way back as they marched single file to the theme  from The Godfather and stood on the stage with their backs to the crowd swaying to the famous tune, until Lucifire took the mic as MC and the band turned to face the audience. 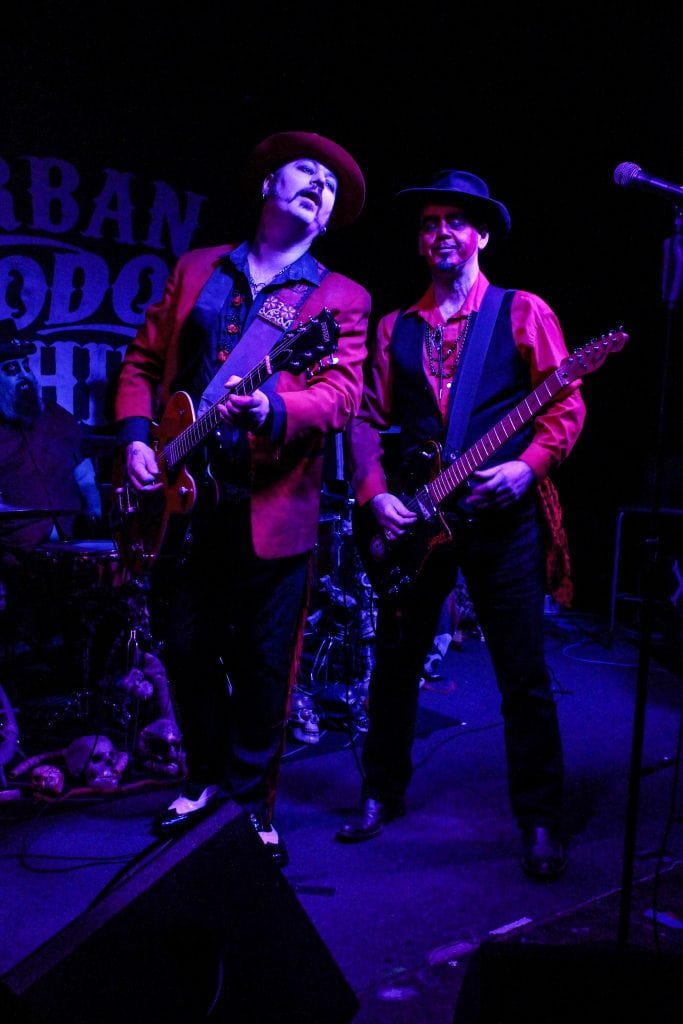 Mixing their songs with tales from their time together, the band raced through their collection, each song introduced by whichever member of the band was taking the lead, with frontman Paul Ronney-Angel giving each of the band their moment in the spotlight. The crowd wasn’t huge but gave their all and joined in when given the opportunity; and certainly appreciated a set-list that was just the band’s best-loved songs. No obscure B-sides here, just plenty for everyone to sing along too; and they did. A small stage may have struggled to contain them all, but the band made it look easy as they chopped and changed, with the two drummers (J-Roni-Moe and Jary) swapping seats and messing with other members of the band during their set. Songs such as ‘Crazy Maria’, ‘Rusty Water & Coffin Nails’ and the set closer ‘Love Song #666’ stood out amongst a quality programme. 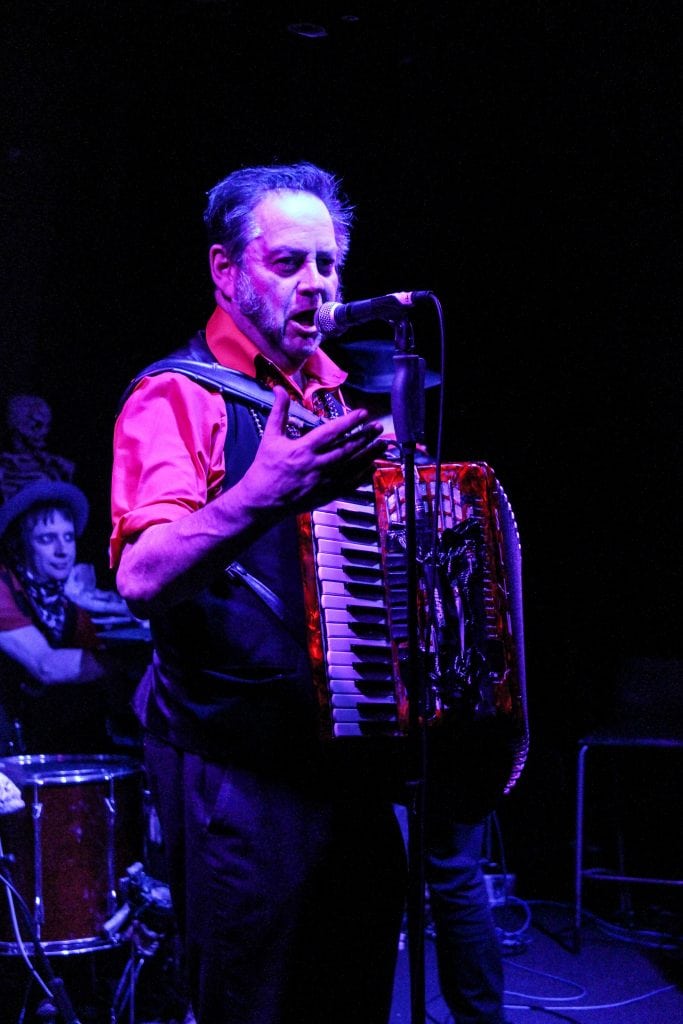 This was the first time I had managed to catch them, and I had been wanting to see them for a while without success, but was definitely worth the wait. Each member of the band bring some amazing skills with them, which allows them to fully get into the spirit of the show and play their part accordingly. If you get the chance to see them, I highly recommend it, especially as they have recently announced some dates for the end of the year. A great night out.