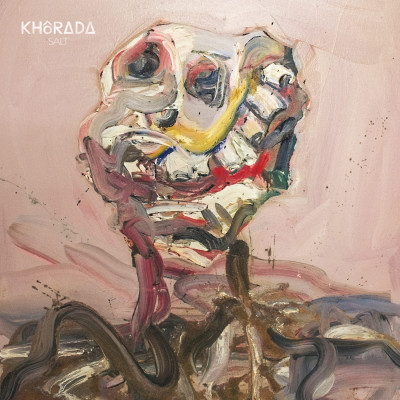 I am really excited about Salt, the debut album from Khôrada. Not because 3/4 of Agalloch have regrouped after a very public split from their old frontman and “visionary”, but because they have joined up with guitarist and vocalist Aaron John Gregory formerly of Giant Squid. Whilst those in Agalloch are finding artistic freedom, Gregory comes into the band having gone through an amicable ending of his last project. Agalloch were a fairly popular band and so this release comes out as one that is highly anticipated and doesn’t disappoint, it is glorious. Whilst there are flashes of previous bands the music is similar to neither. This is fresh, beautiful, quiet, loud, heavy, targeted and determined. Salt is an amazingly well-crafted album which fans of progressive rock/metal and post-metal really should spare some time for.

The basis of this album was created through a long distance relationship where Don Anderson and Gregory swapped riffs and fleshed out songs working around their hectic schedules. It is not surprising then that it took over two years to see the final product; what is surprising is the coherency and quality of the work. There are often moments where you can hear the dual guitars seemingly going in different directions in different styles yet still driving forward.

Opening track ‘Edeste’ sets the tone for the album as its seven minutes covers a lot of musical ground. The slow, rich drum work welcomes in a light but thick guitar line which makes way for tremolo guitar and thundering rhythm work. Trumpet drifts in and out of the different sections as the song ebbs and flows before settling on a light and drifting closing passage. In these moments the quality of the production engulfs you and even the unique vocals of Gregory caress giving him room to expand on his range and he displays his finest vocal delivery to date. The double bass doesn’t thunder into you and the drums have been captured so every hit and flick can be picked out crisply. It really is a beautiful work of art.

It is hard to pick out singular highlights on the album as there are so many great parts. Each song traverses a monumental amount of ground with a focused drive and second track ‘Seasons Of Salt’ encapsulates that spirit. It has everything from double kick bass, slow ringing guitar, sliding metallic solos, charging bass, quiet vocals, passionate screams and, along with the rest of the album, a strong environmental message in the lyrics. Here Gregory tackles the theme of insatiable human consumption “History has shown man will gnaw the bones of friends in the end.” He goes further in his lyrics depicting a situation where all resources have run out and all that is left is salt, even then humans will consume that and in the end “once the salt is washed away, the rain will reclaim.” The message is clear – Mother Nature always reclaims, it has before and it will again. He warns that like a land lord, Mother Nature, is becoming weary of the current residents, the eviction notice is in her hands and we need to heed the warnings.

With the pedigree of the band members it was no great shock as to the quality of the album but it is very impressive that the quality is carried through every track. There is only one moment of filler in ‘Augustus’ which runs in at just under two minutes but it isn’t offensive or massively noticeable as it traverses the quiet end of ‘Glacial Gold’ into ‘Wave State’. The later song continues the environmental theme with Gregory singing about the Californian cost slowly succumbing to the sea and even when the state is in a drought they can still drown giving the feeling that there is no high ground left.

It is impossible to squeeze this release into one category of music. Whilst Salt mixes the influences of these four artists, it stays far enough away from their previous endeavours to bring something fresh. Fans of both bands will find plenty of comfort and excitement in the output here. It really does feel natural, organic and energised and is sure to be appearing on a few end of year lists.