Hekatomb has come much like Marduk’s Viktoria did – with little warning attached. Out of the dark it was plucked and dropped into your lap, Arioch’s new blackened opus satanicus will be the unexpected treat you never knew you had coming. I only discovered this myself because I follow Behemoth’s Nergal on Instagram. If you don’t you really should!

Hekatomb follows closely in Maranatha‘s diabolically destructive path only with an evidently higher production value and some interesting twists coiling about its unfettered serpentine riffage. Purists of the excellent debut Salvation will also be able to crack a corpse-painted smirk in knowing Hekatomb is still very much Funeral Mist through and through. It’s still about as Christless and goddamn evil as albums get.

‘In Nomine Domini’ begins strikingly similar to how Marantha did before tearing into more familiar blasting from ex-Marduk stickman Lars. Its chaotic riffage bleeds into the beauty of the track and somehow this simple riff is made so complicated by Rostén’s erractic style of string work. The same can be said about many of the tracks especially more straight-up blasterpieces such as ‘Shedding Skin’ and ‘Within The Without’.

Song of the year contender ‘Cockatrice’ is a brute force unleashing of horrors. Its almost improv intro riff is a carefully crafted skin ripper melting into further furiously wild tremolos. It would be a full-on face peeler if it were not for the curiously interesting mid section of mystical chimes that ring as the music fades into the background only for the raging chorus to have one final glorious reprise.

Funeral Mist play balls-out-don’t-fuck-around black metal with a dense body of percussion and lightning fast guitar work, ravaging and unrestrained, atonal in their randomness, unrelenting in their fury. Rostén’s vocal work is more terrifying than ever, convulsing from brutal throaty rasps to uninhibited screaming abandon. Hekatomb is no strings darkness. It’s pure satanic black metal played with bleeding fingers and utter virulence and that’s exactly how it should be played. Rostén’s return to Funeral Mist proves that darkness can rise and we should all be very afraid. 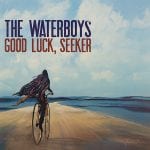