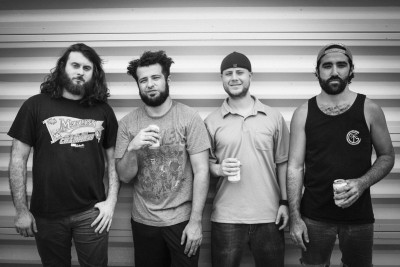 We really just try to write decent songs while drawing inspirations from all our favorite elements in music, then it gets ground up and shit out the Wrong filter, and that filter in itself is calibrated using drop C tuning.

Tim Porter caught up with Wrong frontman (and Torche bassist) Eric Hernandez about Wrong’s excellent sophomore full-length record, released in April through Relapse Records. We reviewed the album here. Needless to say, we’re big fans of the band and their stripped down hardcore style and wanted to get a bit more scoop on how it all came together.

E&D: Can you tell me a bit about the band’s history, how everyone met, and got started?

Eric: Well, Ryan (Haft) and I have played in bands together for over a decade now, all of which had pretty much dissolved by 2014. I had some demos that were just a fun pass time at first. Eventually, we went and recorded them at Ryan’s studio in South Miami then formed the band around that. All our friends in town have great bands and keep very active so we got inspired to get in on the fun and just play music. We also wanted to stand out a little bit, which is why we sound the way we do. The Miami collective of bands and musicians is pretty eclectic as it is, hence we went for the more stripped down, heavy rock band kind of a thing.

E&D: Any major influences you’d care to mention? I hear a lot of Helmet and maybe Sick of it All…

Eric: Yeah for sure, but not as much Sick of All as it is…And Justice For All. Haha. Of course, that’s just engrained since I was 10 years old, along with AC/DC or KISS and the like, just like everyone else I would guess. We really just try to write decent songs while drawing inspirations from all our favorite elements in music, then it gets ground up and shit out the Wrong filter, and that filter in itself is calibrated using drop C tuning. If that makes sense. The tuning as well is just a way to make the playing part more fun and manageable, in terms of more intricate passages in the music. Also, it just sounds heavier.

E&D: Can you talk about the lyrical content. Life circumstances that begat the record, etc? I feel like there are a lot of themes here that are super topical for a lot of people today.

Eric: Well it’s funny because a lot of the lyrics were written with nothing particularly in mind other than filling out the song and giving it a voice. That’s how I’ve always approached lyrics. You look down at the paper later and go ‘whoa, this is a little personal. Oops, haha. But I like to be a little vague as well, which works out in the sense that it can mean different things to different people. The song ‘Feel Great’, which is the title track and at the core of the general theme of the record, isolation and impending doom and all the nice things that creep in and screw up your trajectory, or so you think. The things that happen in your head that you can’t quite understand. Eventually, you realize you might as well feel great while things are crumbling around you. So, it’s somewhat a positive ending, but the focus is the turmoil leading to it. Naturally you can apply that theme to the current political climate in the US right now. Haha. That’s how things just coalesce in my mind when it comes to lyrics. The subconscious comes out.

E&D: I’d love to hear a bit about the recording process.

Eric: We’ve recorded all of releases ourselves, actually. Ryan is a very talented engineer and he’s recorded all the Wrong stuff plus bands we were in prior. This time we did the drums at a studio in North Miami, then everything else at our house in Coconut Grove. We’ve never really done it like that. But we’ve recorded enough albums together so between to two of us we feel comfortable at the helm. Derrick (Flanagin) drummed in our previous band as well. So, I’d send him some demos (because he currently lives in England; long story), he’d learn the songs as well as add his own spin on them, then come to Miami to track them. He’s really the best drummer we’ve ever had. But, yeah, the recording process is usually pretty smooth. We like being in the studio and we all work well together and feed off each other.  It’s a little too good, actually. Now I’m worried. Ha.

E&D: Are you guys happy with the record? Were your goals accomplished?

Eric: When you’re doing a record, you can’t really have all these expectations, you know? Aside from writing the music and practicing it, having the right gear all working and tuned up with the right microphones; it all comes down to what comes out when you hit record. You kind of just have to let it be what it is. We knew what we wanted it to sound like and what the tunes were going to be for a while, so when we went in it was just a matter of getting the takes. But to answer your question, yeah we’re good with it. When you finish a record, you feel that sense of accomplishment as well. So, it’s nice to look forward and get ready to play these songs live, which starts in June/July.

E&D: Are you guys going to tour a bit?

Eric: Yes! I guess I just hinted at that in the last question, ha. Once the album was done we all kind of split off to work on other projects. But, yea, we have some east coast shows in the US with Unsane coming up in July, as well as some other plans we can’t announce yet. So, we should be seeing you soon! 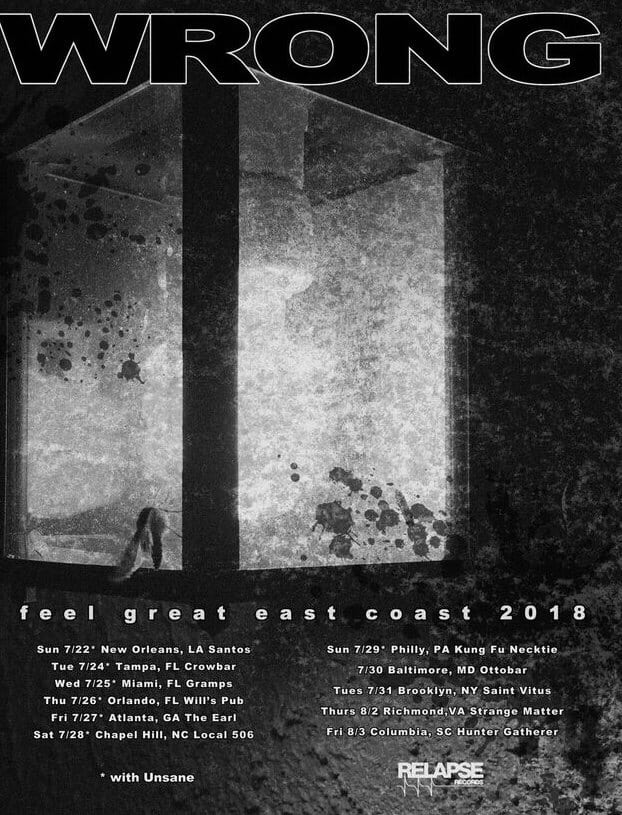