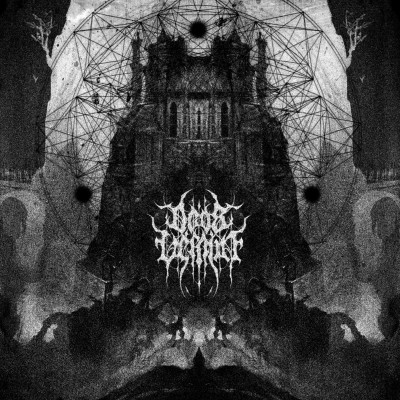 Monument To Decay by Deus Vermin

The world of extreme metal is rife with undiscovered homegrown talent and as an English writer it is especially joyous to unearth such a destructive band so close to home. Leeds’ Deus Vermin released their MMXVII demo last year to critical acclaim, featuring two storming tracks of dense brutality it certainly got ears twitching for more audial violence. With EP Monument To Decay, Deus Vermin will crawl from the sewers into the light that glorifies todays lauded gods of extremity. If you didn’t know them before, you will know their name now.

The mysteriously hyphened opening track shudders into form, its instruments pulsating, undulating into a screaming industrialised climax. ‘Swarms’ picks up and starts slow, edging you closer to a bulldozing salvo of blast beats and tormentous riffage. Old school dirty grooving bounces the track alongside more aggressive parts making this as equally catchy as it is furious. Demo featured ‘Iniquity’ unzips and goes balls-out from the get-go. Speedy riffs tear along with volatile drums and stop/start blasting before introducing a respite of doom-laden cataclysmic hits.

‘Worms’ builds on ferocity like the decaying spread of a slow-acting disease. The music crawls into moments of aggro pain and schizophrenic brutality, using simple but weighty strumming leading to a parting hammer blow of dissonance-infused blasts. ‘Shrine’ begins old school, with a dark grooving intro, the kind that any death metal band worth their salt would have in their catalogue. Surges of blackened blasts and utterly wicked high tremolo picking join more angular atonal riffs, hitting more avant-garde territory.

Monument to Decay‘s highlight though comes at the very end. ‘Planetary Illness’ is a broadly expansive piece of portentous guitars and rolling drum blasts, with hits coming like bullets amid lightning clashes of cymbals. The track is a true display of the dissonant harsh wickedness that courses through their music, and longer extensive tracks like this suit a band like Deus Vermin as well as the shorter tracks do.

Deus Vermin play the kind of music I am drawn to, dripping black, viscous, visceral and vile. Riffs are enshrined in chaos and drums are played with skin breaking purpose. The cruel sinister undertones of their music bleeds fluidly from their instruments forming a blackened melting pot of genres and influences. The avant-garde rawness of Deathspell Omega is there as is the deathly crushing metal of Sulphur Aeon as well as the obvious old school traits. To name other bands is not to take away their sound but rather a testament to the depth of Deus Vermin’s music and experience of their musicians. With one demo and one EP to their name the next step will be a full album of which I am fully looking forward to bloodying my ears sometime in the hopefully near future.