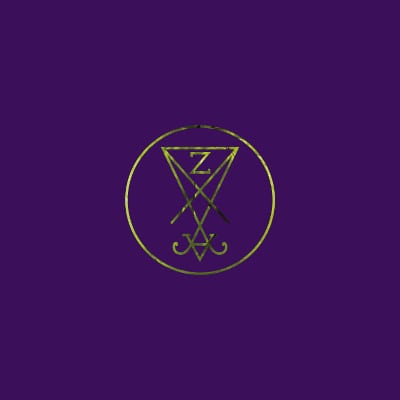 What if during the height of slavery, instead of following Christianity, the slaves found sanctuary in Satanism? What would be the journey of a slave in both body and spirit? What would be the rippling effect on metal slams during the 21st century? These are all the furtive ground for Zeal & Ardor mastermind Manuel Gagneux to explore once again in his sophomore release Stranger Fruit, which retrospectively makes debut Devil Is Fine seem like a demo.

Stranger Fruit is very much a natural evolution to Devil Is Fine, expanding on the sound and style, but along the way there are some gloriously unexpected mutations. With a central theme to die for, both black metal and chain gang music are treated with great reverence. Both elements are allowed their time to breath, intertwining and intersecting when and if necessary with enough bravery in the song writing to never use one style as a fall back. These central sounds anchor rather then restrain Gagneux, allowing a great deal of genre playfulness, with a vitalizing use of noise on Stranger Fruit that could come straight from a dälek release, ‘We Can’t Be Found’ opens with country blues worship before being dragged violently into a blast beat fury and a blink and you could miss it groove metal section. This continues throughout with styles liberally plucked and transformed in a way that continues to be surprising; whilst the main stylings of black metal and chain gang choirs still take centre stage there is a much wider spectrum on display in brief musical flashpoints.

The real strength behind the demonically playful songs is the atmosphere that was only hinted at on Devil Is Fine. Church choir and religious motifs interestingly verge less on the side of Batsushka and align more in execution to Ghost – albeit with a greater inferred meaning. Strong percussion throughout reaches its highlight, again reaching a zenith between sound and subject matter, during ‘Row Row’ with chillingly invocative clapping – giving way to the expertly titled follow-up ‘Ship On Fire’. The aforementioned instrumentals come across less like experiments, which although fascinating did sometimes come across as disconnected experiments, and instead seem fully formed as mood setting interludes and palate cleansers with a greater mystique of meaning coming through track positioning. Just like on Devil Is Fine these wild obfuscating interludes end up becoming real highlights after repeat listening with ‘The Fool’ and ‘Solve’ sounding akin to a circus beset by Atari Jaguars.

Stranger Fruit then is an album that bridges a gap between genre and meaning, and by extension between past and present. But it’s an album that is focused, using the theme as a catalyst whilst never letting it take precedence over catchy and powerful song writing. The album ends on ‘Built On Ash’, an existential chart topper from another timeline altogether. It’s a complete sidestep for the album, and as a final coup de grace its masterful in pulling the curtain away on a grim visage. It’s this constant surprise and parade of images both grotesque and beautiful that makes Zeal & Ardor such a fascinating proposition, and Manuel Gagneux and important voice. Good art often subverts common things with a new lens that transforms perspective and magnifies. Stranger Fruit is good art.