(((O))) : Under the Influence with Rich Henshall from Haken 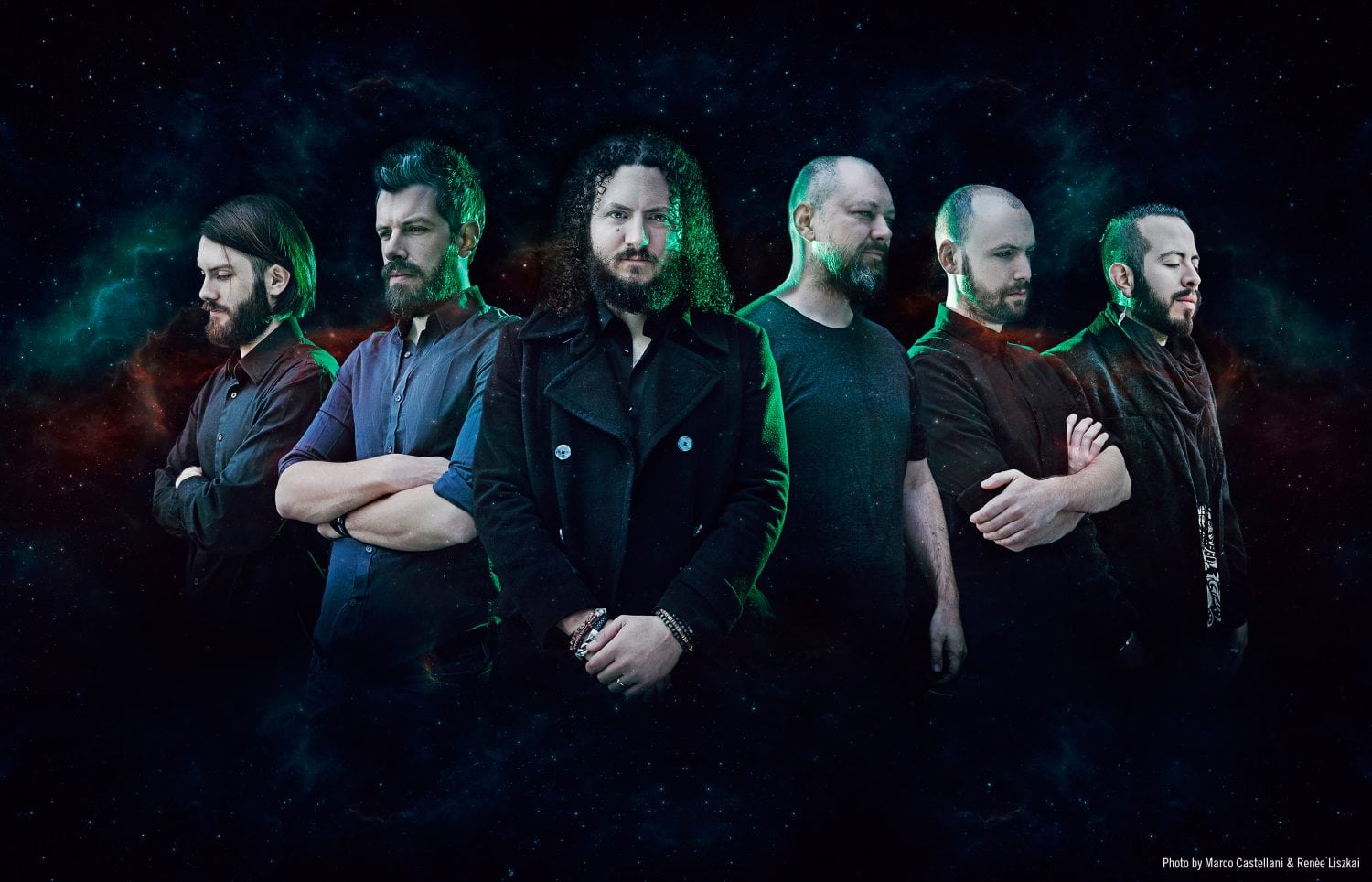 On June 22nd progressive rock/metal band Haken will release their first ever live album, called L-1VE, which was filmed and recorded on April 13th 2017 in Amsterdam at the legendary Melkweg on the final night of their 10th Anniversary tour. Haken are on the cusp of great things and as this release draws a line under the first 10 years, we are likely to see more new material and plenty of live shows. In the mean time, L-1VE brings the Haken live experience to people’s homes like never before.

All the more reason to find out what albums have influenced Haken, so we’ve asked Richard Henshall (guitars, keyboards, backing vocals) about the 3 albums that have influenced him the most. 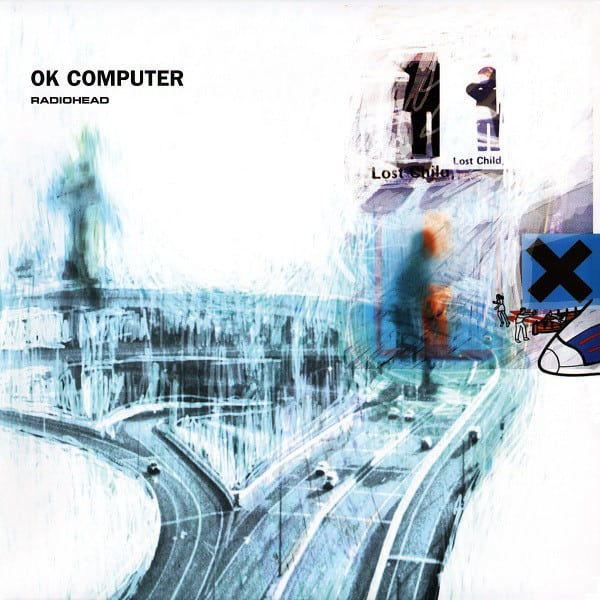 OK Computer has a certain nostalgic quality to it that instantly transports me to my years at high school each time I listen to it. When Ross and I were about 14 we were in a cover band that predominantly played Radiohead songs along with a bunch other tracks from the likes of The Beatles, Led Zeppelin and The Kinks. We even got our name, ‘Lost Child, from the OK Computer album cover, which says it all.

We did eventually go on to write some original tracks in that band but it eventually fizzled out. A few years later we went on to form Haken, so there’s a happy end to that tale! I love how Radiohead they’ve evolved as a band over the years. They’re certainly a band that never seems to be complacent and are always searching for exciting ways to expand their music in so many directions. I find this hugely inspiring and it is this kind of work ethic that we try to adhere to in Haken. 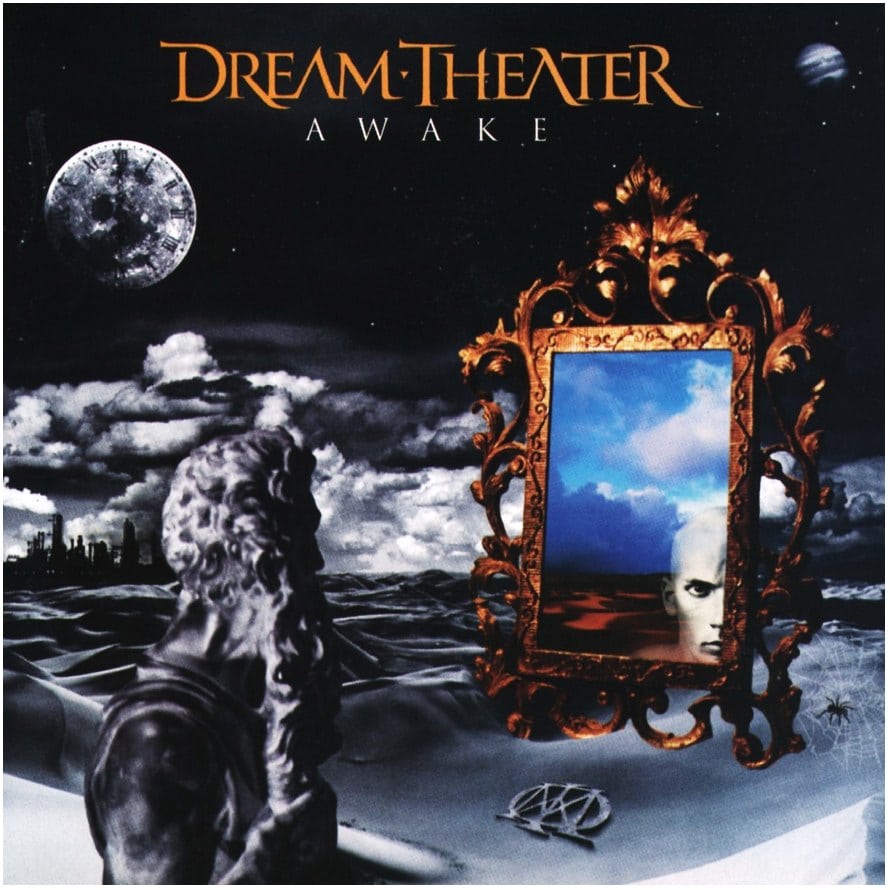 It’d be a crime to not include at least one Dream Theater album in this list. Whilst Awake might not necessarily be my favourite album by them, it certainly had the most impact on my musical growth. When I was around fifteen I was at a metal club and I got talking to the flyer guy outside about guitar-based music. The topic quickly turned to guitars players and I remember claiming that Kirk Hammett was the world’s greatest guitarist. He said “no disrespect to Hammett, but you need to check out John Petrucci from Dream Theater”. At that point I had no idea bout Dream Theater, so the next day I followed Mr Flyer Guy’s advice and went out and bought Awake. I distinctly remember putting on the track ‘Erotomania’ and instantly feeling sick! I’d never heard anything like this before and was completely floored by the musicianship and song writing. It was pretty hard to believe that five humble guys could create such a huge and glorious sound! This album was my first introduction to prog metal and served as a gateway to all the other amazing stuff out there so it’ll always hold a special place in my heart. 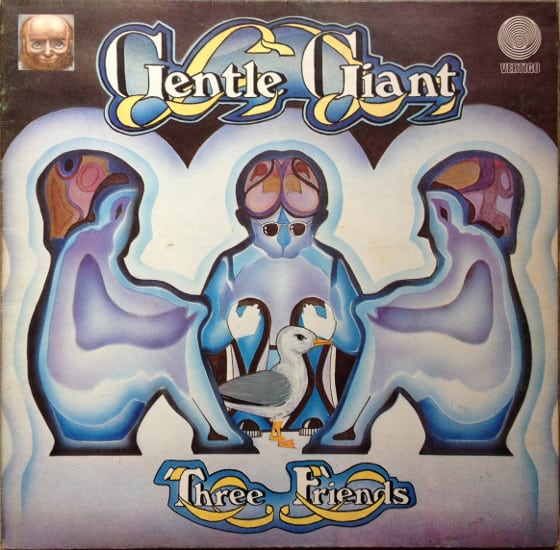 It’s such a shame that the vast majority of music lovers frequently overlook Gentle Giant. In my eyes, they encapsulate all that is good about prog, and are arguably the unsung heroes of this broad genre. Gentle Giant was pretty relentless when it came to writing, and managed to knock out most of their albums in consecutive years, all of which are all astoundingly great pieces of work. My favourite record has to be Three Friends. In my eyes it has the perfect blend of everything that I love about them: the effortless fusion of unique melodies with disgustingly syncopated rhythms and those intricate vocal arrangements that no other band can quite seem to get close to. It has all this whilst still keeping the music catchy and memorable, which is no easy feat. This is something we always aspire to do in Haken, we might not always succeed, but we at least try! There is definitely a tip of the hat to them on our tracks ‘Cockroach King’ and ‘Somebody’ from our album, The Mountain. I was definitely listening to a huge amount of Three Friends during the writing process of that album so I guess it’s only naturally that their influence shone through, and I’m definitely glad it did.