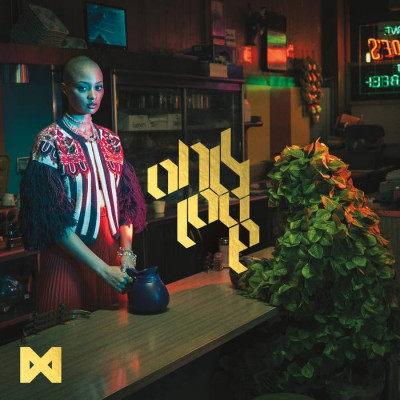 Only Love by The Armed

Like many music obsessives with the joy of an office day-job I can do a lot of headphone listening, inevitably a lot of this can fall into the ‘noise’, but every now and again, a track comes along which makes me stop whatever it is that I am doing and take notice. One track that gave me that ‘holy shit’ moment was ‘Future Drugs’ by The Armed. The sheer chaotic brutality for the track delivered with a surgical precision tends to rouse one from general workday malaise.

The Armed describe themselves as a punk rock band, well that’s probably more in attitude than a musical style. There music has aspects of noise, shoegaze, post-hardcore and electronic aspects, all thrown into a blender. The band might well earn comparisons with Botch, Converge and All Pigs Must Die. The band have a longtime relationship with guitarist and prolific producer Kurt Balou, a man not unfamiliar with all things noisy. His production has managed to capture the raw energy and sheer noisy chaos on the band’s first album (Untitled) and he’s done the same on Only Love

Only Love is quite a different record compared to their previous. The PR mentions a reimagining, I would usually take this with a pinch of salt, but actually it does seem that they have started from a different place and added in some different aspects, clean vocals and female backing vocals for one thing but also a heavy electronic feel. It is no less brutal than previous records, in some ways moreso. This is a dense album, it takes a while to break the surface and understand what makes up the tracks. The band have, ignored boundaries and taken a different path without forgetting what is at the core of The Armed.

The album opens with ‘Witness’ a brutal track, nicely following on from Untitled. Electronic influence obvious right from start. That track is a complete maelstrom of sound, with a distorted feeling tends to add to the chaotic feel of the track. The next track, ‘Role Models’ blends in from the first. The track darts around, the sounds somehow blended into one but also coming at you from all angels.

In a unusual change of pace ‘Nowhere to be Found’, distant sounding vocals and quieter and more depressing sounding with grating angular guitars that morph into a final thirty seconds of chaos with only Ben Koller’s drums cutting through the chaos. ‘Apperception’ takes us back to the aural assault. Along with ‘Parody Warning’ it’s hard to describe in both tracks the main band’s sounds coalesce into one, sections of guitar/FX colour the sound. It has the feel of being dragged underwater by a rogue wave with no real idea which way is up. Guitar or electronic flourished cut through this for brief moment. Both good tracks and show what the band do really well.

Both the previous track and ‘Fortunes Daughter’ use female vocalist alongside the usual vocalist (as with all things The Armed, the band members, vary in a random fashion and aren’t listed anywhere). But the contrast between the slightly screamed, almost childlike female vocals is stunning, not something that is often used, but surprisingly effective and serves to through another dimension to the tracks.

From here the album descends into complete chaos, just hovering about what might be considered musical. During ‘Luxury Themes’ I thought at one point I had two tracks playing slightly out of sync. Vocals when cleaner tend to be a bit whiny and not as strong as when screamed and to me the  track tends to lose its way a bit. ‘Heavily Lined’ carries on in a similar vein. Middle homes, has again a slightly different feel, the use of electronics that could have come from a 80’s era 8-bit computer and some different texture. It is a bit more anthemic in feeling musically but again, the vocals let the track down. Which is a real shame because as a instrument track it is a stunning piece. ‘Ultraglass’ is similar. ‘On Jupiter’ has an ethereal dreamy feel to the intro, soft electronica and distant sounding vocals. Before taking an abrupt about turn back into the usual chaotic noise. Punishing, brutal and industrial. Builds in cadence before collapsing in on itself and becoming noise and static.

The album is split almost into two parts, the beginning six tracks and brutal chaotic and noisy. The other influences stretch the tracks from being just another noisy band into something expressive and interesting. Where it falls down for me is the weak vocals, when screamed they are excellent and cuts through the noise. Clean however they tend towards whiny, it’s personal taste and some may love it but for me it is not where the band are at there best.

Only Love is interesting, sonically ambitious and in places, exciting. Brutal noise delivered with surgical precision. ‘The Armed’ don’t really seem to care what people think, they went out and made an album that they wanted to make, ignored usual boundaries and sensibilities and tried to do something new, in places it worked and in others not so much.