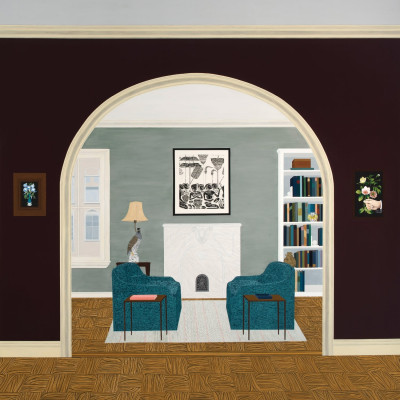 Hundreds Of Days by Mary Lattimore

Mary Lattimore‘s third album Hundreds Of Days is a thing of delicate, shimmering beauty. It wraps around you like a warm breeze in an unfamiliar place. It’s your new favourite harp record. Lattimore experiments with her instrument’s possibilities but never abandons the essential purity and weightlessness of its sound. Her compositions are effortlessly melodic but not syrupy. They unfold in meditative repeating patterns that steadily add layers of soft ambience. It’s like watching a slowly opening flower. Hundreds Of Days comes with the tag line “it was the most beautiful summer of my life” and the music seems to carry that phrase’s sense of rose tinted memories shadowed by a sense of loss. As the saying goes, it’s a sad and beautiful world.

I guess the beautiful summer it refers to is the two month residency at Headlands Center for the Arts in California from which the album was born, although we all have our own lost summers of golden memory to lean on. Working in a barn in the hills above The Golden Gate Bridge Lattimore widened her sonic palette adding new instruments she couldn’t play – guitar, piano, synth, theremin – and her own processed voice. The title of long opening track ‘Feels Like Floating’ is perfectly self descriptive, it’s oceanic, it moves with a sway, organ slowly welling up and washing away the harp in its later stages. On ‘Never Saw Him Again’ a simple, circling, five note refrain is joined by wordless vocal sighs to great effect. It reminds me of ‘Glides and Chimes’ and similar looping ambient tracks Spiritualized used to put on their B sides. One of the shorter pieces ‘Hello From The Edge Of The Earth’ indulges the harp’s twinkly magic with a delicate jewellery box melody but still avoids becoming too saccharine. It’s perhaps the home of a most melancholy ballerina figurine, one you half expect to start singing in Bjork’s voice. In contrast ‘Baltic Birch’ is frosty, white and glistening. Wandering and lost the harp is joined by discordant and disheartened guitar.

The shortest piece on the record ‘Their Faces Streaked With Light And Filled With Pity’ bears the longest and most evocative title. It suggests something by an incarnation of A Silver Mt Zion and while nothing here particularly sounds like them their engagement with minimalism and neo classical ideas has echoes in Lattimore’s own approach. The piece is actually more reminiscent of Ennio Morricone which seems oddly plausible as the title apparently comes from a Denis Johnson short story and concerns a drive-in movie in a storm. ‘On The Day You Saw The Dead Whale’ is led by a hesitant piano line picking its way through atmospheric clouds of sound. The title seems again like that of a short story or post-rock epic but draws on a real experience of Lattimore’s. It evokes a mix of wonder and sorrow, the weirdness and majesty of the world, which is also to be found gently woven into her music. Her pieces are never anxious to resolve, happy to slowly unwind almost endlessly. Indeed they often seem not to end so much as drift on out of earshot and be continuing elsewhere. Out in the sad and beautiful world.