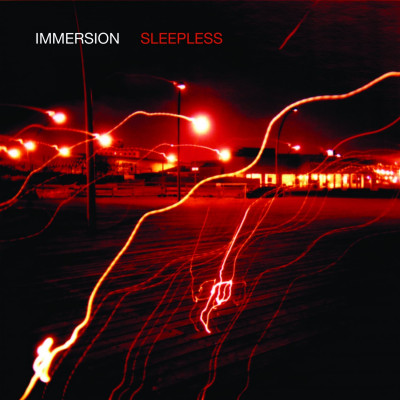 Immersion made a handful of minimal ambient records back in the late 90’s but were then apparently wiped out by the Y2K bug and failed to make it into the 21st century. Or so it may have seemed to the casual observer. A couple of years ago they surfaced again and Sleepless is their second full length since reactivating the project. Immersion are husband and wife team Colin Newman (Wire) and Malka Spigel (Minimal Compact). They make lovely ambient instrumental music like Cluster/Harmonia kosmiche filtered through techno minimalism in which layers of warm analogue synths burble and pulse and whirr. They launched this record last week with a performance that also featured a set and a collaboration with Ulrich Schnauss with whom they share a kind of soothing melodic forward motion.

They haven’t really been missing for fifteen years of course, they were joined by Robin ‘Scanner’ Rimbaud and Max Franken (also of Minimal Compact) to become Githead for a decade or so. The return of Immersion was apparently spurred by some new synth purchases but while their 90’s records were all electronic Newman has now brought in his guitar to add some additional textures, there’s more percussion in evidence and a few other layers too. ‘MS19’ is all ticking drum machine and washes of processed guitar. It rolls out in such a leisurely, organic way it almost feels as if it was improvised while they were testing out a new set up. Its title is perhaps a nod to their trusty Korg MS10, although as far as I can tell no MS19 actually exists. Further evidence of this wide new sound world comes when Sleepless opens with a deep saxophone bass line that slowly sinks down below wave upon wave of woozy synth. There’s something quite 70’s Eno about it and, despite the title, it’s so calming you can just about imagine your weary lids finally starting to droop as you drift away.

The next title is right on the money though, ‘Propulsoid’ is driven on urgent motorik drums from Matt Schultz of Holy Fuck. It’s probably the most uptempo and direct they’ve been, bringing to mind something sleek and insistent from Moon Duo or Stereolab. ‘Hovertron’ follows in a similar if more chilled vein and has a giddy merry go round feel. On ‘Manic Toys’ the percussion is fractured and glitchy like it’s been sampled from a jazz drum solo. It carries aloft a circling, bell-like guitar part eventually reaching a moment more vivid and chaotic than anything their usually calm and orderly compositions tend to allow. The squiggling, looping synth lines of ‘Seeing Is Believing’ overlap and build like something Orbital might have done for a forgotten soundtrack, the huge drums never arrive but it is lovely all the same.

Across the record their tunes unfold in an unhurried and slightly directionless manner, turning this way and that on a whim. The journey has no particular goal, it’s all about the ride. If the more prominent percussion might make a nonsense of the ambient tag consider that these tracks both reward close listening and work equally well as background soundtrack to the more mundane aspects of your day. There are no songs of heartbreak or rage to be found here but elegantly realised and satisfying sets of melodic patterns that will fill your day with light and warmth. 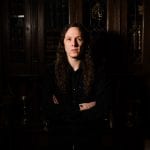