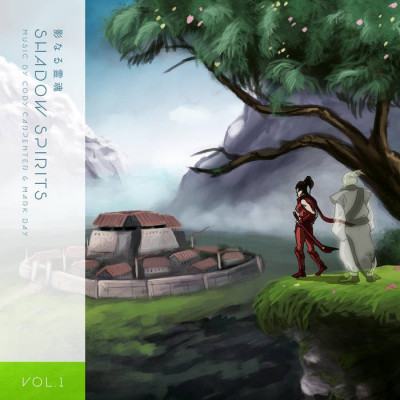 I have to admit to being a bigger videogame music nerd than most.  It certainly started back on my first computer, a ZX Spectrum with single-channel bleeps and buzzes that some people were able to craft into something truly astonishing to my young ears.  It was later on though that a fascination turned into something deeper, with my first playthrough of Secret of Mana on the SNES and then I was hooked right the way through the 16-bit and 32-bit eras, sometimes shelling out a lot of money to buy (or even more expensively, import) games just because of who the composer was.  Tim Follin, Nobuo Uematsu, Yoshitaka Hirota, Yasunori Mitsuda, Yoko Shimomura, Hiroki Kikuta, Akira Yamaoka and a whole host of others were names who I would seek out in the exact same way as I would a director, cinematographer or (yes!) composer in cinema.

I guess it’s the fact that with cartridges, musicians had next to no space with which to work with so had to be truly inventive in terms of quality and quantity, necessity being the mother of invention and all that.  So why it might seem a little strange to recreate that technologically sparse era, it makes perfect sense to fans such as myself – and handily, people like Cody Carpenter and Mark Day who have the means and the talent do something about it – to keep the nerd flame burning, albeit in a much reduced colourscheme than the ones we enjoy nowadays.

Shadow Spirits Vol. 1 parallels the similar current modular trend of soundtracking films that don’t exist by soundtracking a Japanese Role-Playing Game that similarly only takes place in the minds of its co-creators.  Originally conceived as a 4-track EP and composed on a Nintendo Entertainment System chipset and then filtered through a Commodore 64 SID and occasional Juno 106, it expanded into an album which neatly captures the essence of a full game OST in 14 tracks.  Even though your average RPG soundtrack ran to many times more tracks than this, there’s no base untouched.  ‘Confrontation’ is all the battle theme you will ever need, the thumping percussive beat and proggy impetus providing all the nostalgic aggression that was – and continues to be – a staple of these games.  And of course there has to be a boss battle as well, ‘End of the Line’ doing the same as its more usually prolific predecessor but with more urgency, more keyboard swishing, more time changes and generally more Prog so that everyone listening knows that they should have stocked up on more stuff at that last town they visited.

It does obey all the musical, structural and narrative tropes fundamental to everything involved in what makes a traditional RPG work.  Character themes, story themes, level themes (‘Echoes’ must surely be for the ubiquitous Underground/Cave Section), narrative death themes, victory themes, staff credit rolls and out-of-place cheery town themes (‘Small Town’ provides this bouncy little breather) all feature and are all welcome.  Carpenter and Day know exactly how these things should work, not just on a technical level but a spiritual level too and this is why this collection works so well, by sounding and feeling right.

Soundtracks like this don’t really happen anymore.  Time, space and budgets have all expanded so that today’s in-game music is more cinematic, more in-your-face and more “normal” than the strange worlds created on the last part of a memory chip at the end of a development cycle.  That’s not to say that modern VG music isn’t remarkable (it’s incredible), it’s just different.  When people come along with an obvious love for keeping this weird subsection of fandom alive, and do it so well, it’s worth celebrating.  Here’s hoping that, in keeping with this sort of this, there’s an arranged version on the way too.