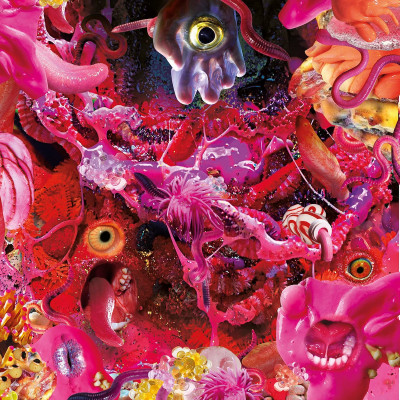 Forming for a one off gig in 2016, and now finding a home at the excellent Riot Season for their debut release Primitive Fuck, Black Helium are the kind of band who you approach with a conceived notion in mind, and leave with a completely different one. Even calling their album Primitive Fuck suggests a band more in tune with the noisier, heavier side of life, than the expansive psychedelia that you find on here.

What makes Black Helium even more of a tastier prospect is that outside the psych of ‘Drowsy Shores’, the superb opening track, and later on ‘Curtains At The Mausoleum’, is that they find time to throw in glam punk stonkers such as ‘Love The Drugs’. It’s almost as if Jarvis Cocker, Iggy Pop and Hawkwind dropped acid together and had a baby. Now there’s an image which may not be at the forefront of everyone’s minds, but once you hear this album you may wonder why that thought had never occurred to you before.

What really drives the album is the wonderful sense of melody which lifts each ragged riff into a glorious stomp of glam energy. Always dirty, like on the biker fuelled ‘Wicked Witch’, they infuse a greasy feeling into songs which in other bands hands, they may have tried to make pop hits out of. Black Helium are not ones for compromising though and for every reach out to classic song structures, there are moments of lucid psych which simply blow open any notions of where they may go next, leaving you adrift on their sea of noise.

It is during these moments of psychedelia that you sense a great band in the making. Take the opening of ‘Summer Spells’, which drifts along on a whoozy spell, before revving its riffs for a full blown wig out. They don’t take the easy route though, and the quiet/loud dynamic brings a new level to the music as they seek to expand their horizons. This becomes a common theme throughout the album, although they still find time for a straight ahead blast such as ‘Videodrone’ just to keep you on your toes.

Primitive Fuck is one of those albums which has seemingly come from nowhere, yet carries all the hallmarks of a future classic which may well allow the band to carry on experimenting within their field. The influences are there for all to see at the moment, but given time they will hone these into more dynamic sounds which will reflect their inner music thoughts. Time is one thing that is short for many bands though, and with so many vying for your attention many get lost. Black Helium certainly deserve your time though. Give the album a listen, buy it, support them, if only to see what they do next.